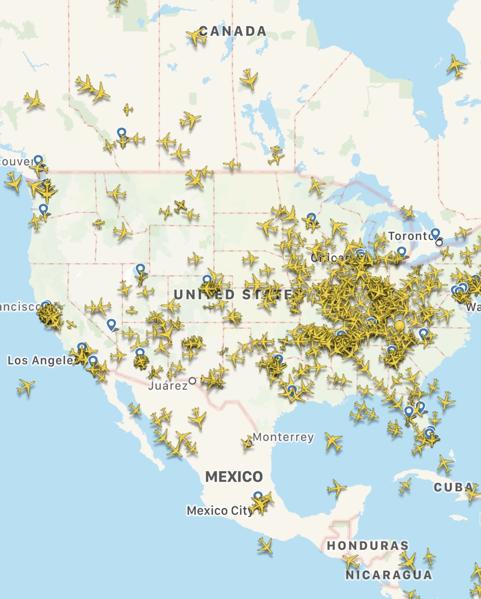 An announcement of a total shutdown of airspace above the U.S. and Canada could be just a day or two away from being announced.

Pressure on Donald Trump to restrict domestic travel in the U.S. has been mounting in recent weeks in an attempt to slow the spread of COVID-19.

President Trump and the U.S. Surgeon General Jerome M. Adams has now warned that the next two weeks could be a “Pearl Harbor moment” as he braces Americans to brace for a “peak” in Coronavirus deaths.

A complete shutdown of U.S. and Canadian airspace could be just hours away in a response to temporarily further slow the spread of coronavirus to all passenger and commercial traffic. 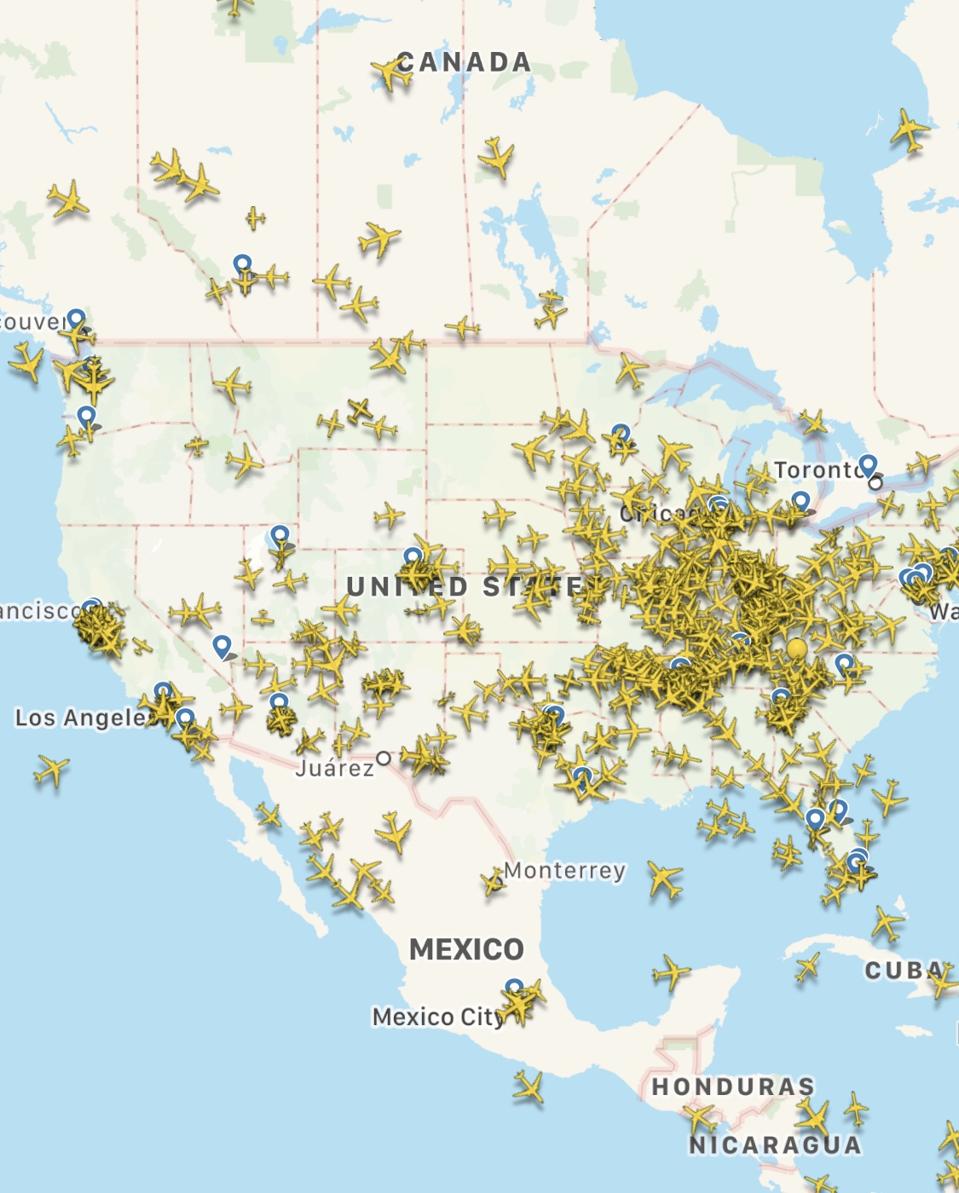 A complete shutdown of U.S. and Canadian airspace could be just hours away in a response to … [+] temporarily further slow the spread of coronavirus to all passenger and commercial traffic.

Private cargo, government, military and law enforcement flights would be exempted from any blanket and nationwide restriction, however, it would be unlikely that passenger aircraft operating as cargo-only flights would be allowed. The reason being, the process of disinfecting a cargo-specific flight, those operated by FedEx, DHL and Prime Air, for example, are more simplistic than disinfecting a modified passenger jet that has carpets and interiors.

Air travel is reportedly down as much as 90% with the TSA reporting just 146,000 passengers flying through airport checkpoints today. The average for this time of year is around 2 million daily passengers. TSA numbers are a further illustration that with domestic travel greatly reduced, travel restrictions may simply be enforcing the current trend.

The U.S. president took the drastic step of restricting flights from the Schengen Area on March 12, and since then many other countries have followed in restricting international movement or closing their borders completely in a bid to prevent the further spread of the novel coronavirus. 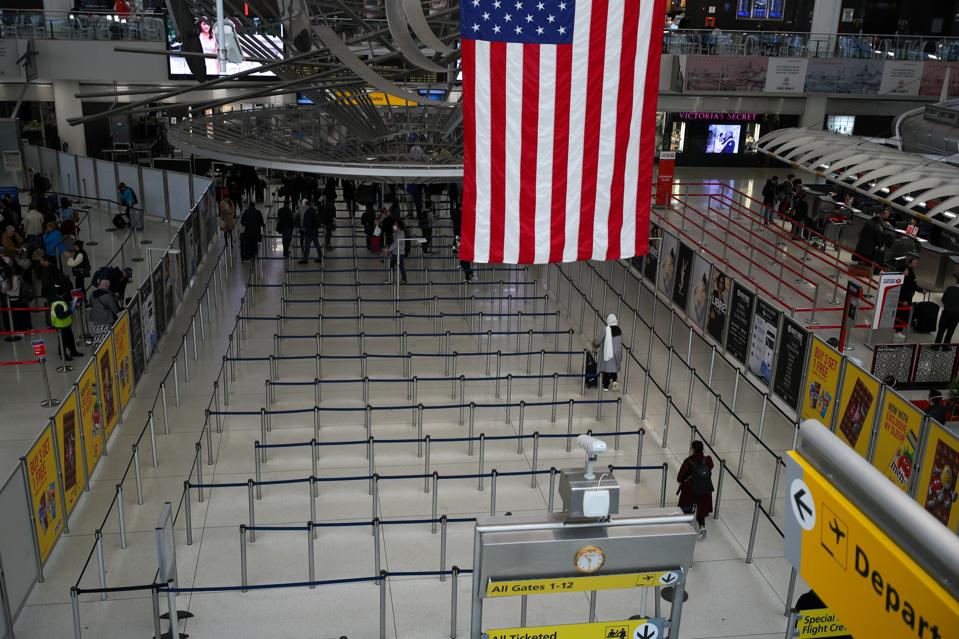 NEW YORK, USA – MARCH 13: Some of European airline counters at JFK seen empty in New York, United … [+] States on March 13, 2020. U.S. President Donald Trump announced a ban on air travel between Europe and the U.S., which will further impact the aviation industry that has already been suffering as the virus spreads. (Photo by Tayfun Coskun/Anadolu Agency via Getty Images)

However, domestic flights in the U.S. have continued, albeit with a reduced frequency. Connectivity across the United States has remained in place despite the country having the highest number of reported COVID-19 cases worldwide.

However, for the first time, President Donald Trump said at a press conference on Wednesday that he’s “certainly looking at” potentially restricting air travel between some U.S. cities. These would likely include what are being referred to as “hotspots” where cases of COVID-19 have been high.