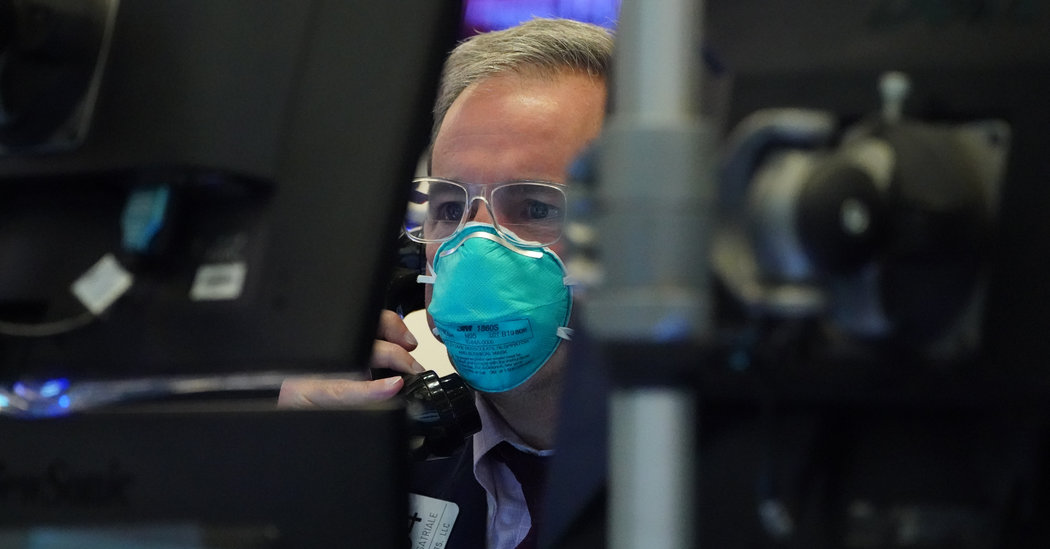 We’re going to try turning it off and back on again.

With confirmed cases of the coronavirus escalating rapidly, government officials have almost overnight switched off activity in large sectors of the United States. They want as few people as possible in close contact with one another in order to slow the pandemic, which may be even more widespread than official statistics suggest.

The federal government has discouraged gatherings of 10 or more people. California told 40 million residents to leave the house only for absolute necessities. Bars, shopping malls, dine-in restaurants and a host of other businesses are closing across the country. Millions of people have been laid off, or are about to be.

Just as there is a public health strategy driving the government orders closing businesses and limiting daily activity outside the home, there is also an economic strategy for putting large parts of the economy on ice. It requires aggressive action by the federal government, funded by what would be the most expansive borrowing the country has seen since World War II.

Whether the United States looks back at those job cuts as a quick blip of prevention or a devastating spiral into an economic depression depends a lot on what Congress and President Trump do in the next few days.

The United States is already falling into a sharp economic contraction: It is producing far fewer goods and services now than it did a month or a quarter ago. That contraction will persist as long as businesses are unable to open and people are not able to work. This is not happening because of any choices those workers or businesses made; it’s a mandate from the government that has frozen a lot of economic activity.

At some point — possibly when a vaccine for the virus comes to market, or possibly as soon as the rate of infection starts declining and widespread testing allows for more confidence that another surge is not imminent — governments will lift their restrictions and activity will start to thaw.

Ideally, it would thaw quickly, with shops and restaurants reopening, workers rehired, factory production lines restarted and people spending money on things they didn’t need or couldn’t buy during the freeze. In that situation, the economy would grow much faster for a while than it normally does, as consumers unleash their pent-up demand.

Economists call that a “V-shaped” recovery, because growth plunges and then shoots up. It’s what they’re aiming for now, but it could be hard to pull off.

“What a recession from something like this should look like is a sudden stop and recovery,” said R. Glenn Hubbard, a Columbia University economist who was a top White House economist for President George W. Bush. “What could happen, though, is a doom loop.”

The “doom loop” that Mr. Hubbard and many other economists fear describes a situation in which an even moderately protracted shutdown of economic activity permanently kills waves of small businesses — and possibly entire industries, like airlines — that cannot survive very long without customers.

A typical small business in the United States does not have enough cash on hand to cover even a month of expenses if its revenues are completely disrupted, according to research by the JPMorgan Chase Institute. In minority communities, where profit margins are often narrower, the typical cash reserve is even smaller.

Economists say that means Congress needs to act boldly, and fast, to keep money flowing to business owners to ensure they can reopen when the crisis abates.

There are several possible ways to try to do that.

Steven Hamilton, an economist at George Washington University who has been one of the loudest public voices calling for aggressive assistance to small businesses, and Stan Veuger of the American Enterprise Institute, want banks to offer loans to cover lost revenues for small businesses — and for the federal government to forgive the loans if the companies don’t lay off workers. Mr. Hubbard and Michael R. Strain of the American Enterprise Institute have a similar proposal.

Adam Ozimek, the chief economist at Upwork, and John Lettieri, the president of the Economic Innovation Group in Washington, want the government to guarantee loans with little or no interest that small businesses would pay back over a long period, regardless of whether they lay off workers. Mr. Ozimek said it would be wrong not to help companies that have already been forced into layoffs by government decisions and delays in a federal response.

“When the government is this late to the party,” he said, “they shouldn’t punish small businesses who acted fast.”

Economists stress that a successful program would be expensive: $1 trillion or more. Mr. Hubbard said a $300 billion loan program, as Senate Republicans proposed on Thursday, would be “woefully inadequate.”

Mr. Hamilton said this week that he worried members of Congress had “not come to terms with the scale” of what was needed. “Any fiscal package less than $1.5 trillion will be inadequate,” he said, “and frankly lead to a Great Depression-level economic collapse.”

Companies are only half the equation. For the shutdown/restart strategy to work, economists say, lawmakers must also keep money flowing to workers affected by the economic chill so they can continue to buy groceries, pay mortgage or rent and seek medical care if they are injured or sick.

One way to do that is by helping businesses — and hopefully keeping as many people as possible on payrolls, even if they are not working. But workers who lose jobs or hours will need more direct help.

Many economists, including Claudia Sahm of the Washington Center for Equitable Growth and N. Gregory Mankiw and Jason Furman of Harvard University, have called on lawmakers to send checks of $1,000 or more to all Americans as quickly as possible. Both Mr. Trump and Steven Mnuchin, the Treasury secretary, have voiced support for such payments. At least a scaled-back version of that plan is likely to be included in the stimulus bill being negotiated in Congress, with payments headed to low- and middle-income families.

But those payments will not be sufficient to cover costs of necessities for people who have suddenly seen their incomes shrink or vanish.

For that, economists say, Congress needs an emergency safety net that would sustain income for all workers who are laid off or otherwise hurt by the effects of the virus. Ideally, the economists say, that safety net would aid the public health strategy embedded in the economic shutdowns by paying as many people as possible to stay home from work and practice social distancing.

That could mean increased unemployment benefits and more generous paid sick leave fully funded by the government. It could also mean something like what the British government announced Friday: a plan to encourage businesses to keep paying workers by assuming up to 80 percent of their wage costs.

“You need an unemployment system that in this moment can pivot to 100 percent reimbursement to 100 percent of people who are not at work,” said Heather Boushey, the president of the Washington Center for Equitable Growth, a think tank focused on inequality and growth. “And wage replacement for people who have hours cut back.”

Don’t think of this as a ‘normal’ rescue.

Americans also need to start thinking of this crisis as different from almost any economic shock before it.

Concerns that have guided economists in the past, like whether policies discourage people from working, do not apply in the same way now: It is hard to discourage work in sectors that the government has ordered to shut down. The same may hold for restrictions that some lawmakers want to place on spending any government aid to business, like limiting grants to businesses that keep all their workers on salary, Mr. Lettieri and others say.

Joseph S. Vavra, an economist at the University of Chicago Booth School of Business, said that policymakers typically try to stimulate consumer demand during a recession and start recovery as quickly as possible. Right now, the goal is almost the opposite.

The better parallel here might be World War II. The government is trying to win a fight against a pandemic. That will mean spending big on the battlefront — public health efforts, like ventilators and masks — and asking personal and economic sacrifices from individuals to defeat the virus and get life back to normal again.