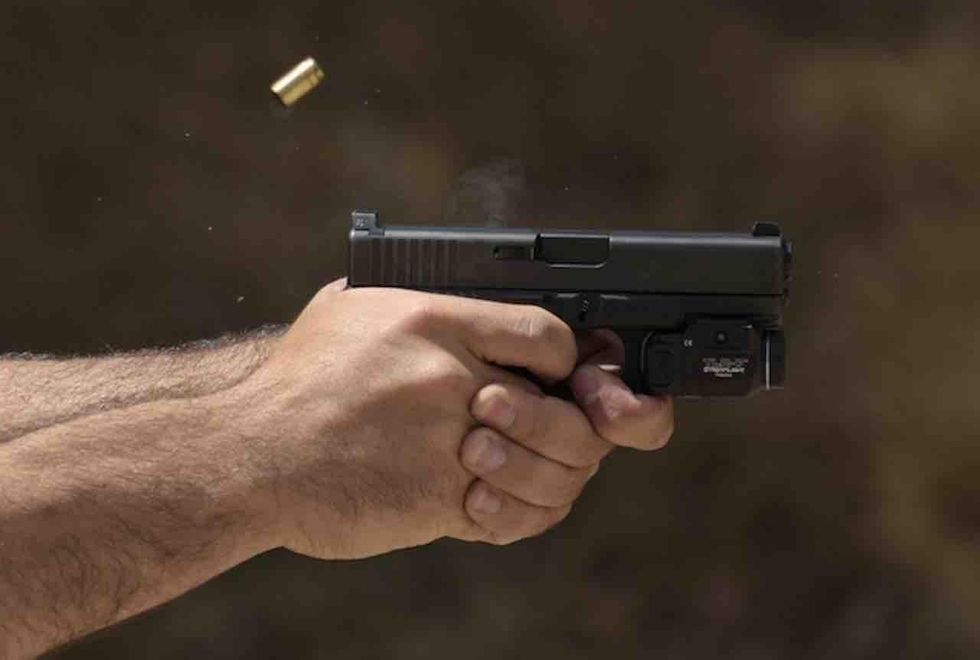 Two men attempted a broad-daylight theft from an Alabama Tractor Supply store on Black Friday, but some customers weren’t having a bit of it — including one who pulled out his gun and blew out at least one tire on the getaway vehicle.

Witnesses said the two men were trying to steal merchandise from a Tractor Supply Co. location in Theodore on Friday morning, WPMI-TV reported. Theodore is about 15 minutes southwest of Mobile.

Ryan Maxie and his fiancée, Katie Clark, were in the store’s parking lot when they heard shots after two men loaded up a shopping cart with unpaid merchandise, WPMI said.

“I was trying to call 911 while we were seeing what was going on,” Clark explained to the station.

Witnesses told WPMI a customer pulled one of the suspects, Toby Priest, out of the getaway SUV.

The other suspect, Troy Brown, was able to take off in the vehicle — but was stopped when a different customer shot out at least one of the vehicle’s tires, the station said.

“They kind of beat on each other inside the car, the guy was trying to [hit the driver’s hands] so he wouldn’t start the car,” Maxie told WPMI. “Unfortunately he was able to get it started and floored it back, so the guy had to step back so he didn’t get hit. When he floored it back he came out this entrance … and went to that light right there and hit a U-turn and kind of did a couple donuts in the road.”

Mobile Police soon found the getaway SUV abandoned on Highway 90 at the Interstate 10 entrance — with at least one flat tire, the station said.

Brown and Priest were booked into Mobile Metro Jail and are being charged with third-degree felony theft, the station said. Both suspects were in the jail Monday morning.

\u201cMobile, Alabama.\u2014 Shots were fired Friday morning during a dramatic take down at a Tractor Supply in Theodore.\n\nWitnesses said two men were trying to steal merchandise and that’s when customers took action, determined to stop them.\u201d

‘Everyone is walking around with guns in Theodore’

Maxie also shared some advice for crooks who try their luck in his neck of the woods.

“Don’t come to Theodore and rob a Tractor Supply without knowing the person is going to have a gun,” he told WPMI with a chuckle. “Everyone is walking around with guns in Theodore.”