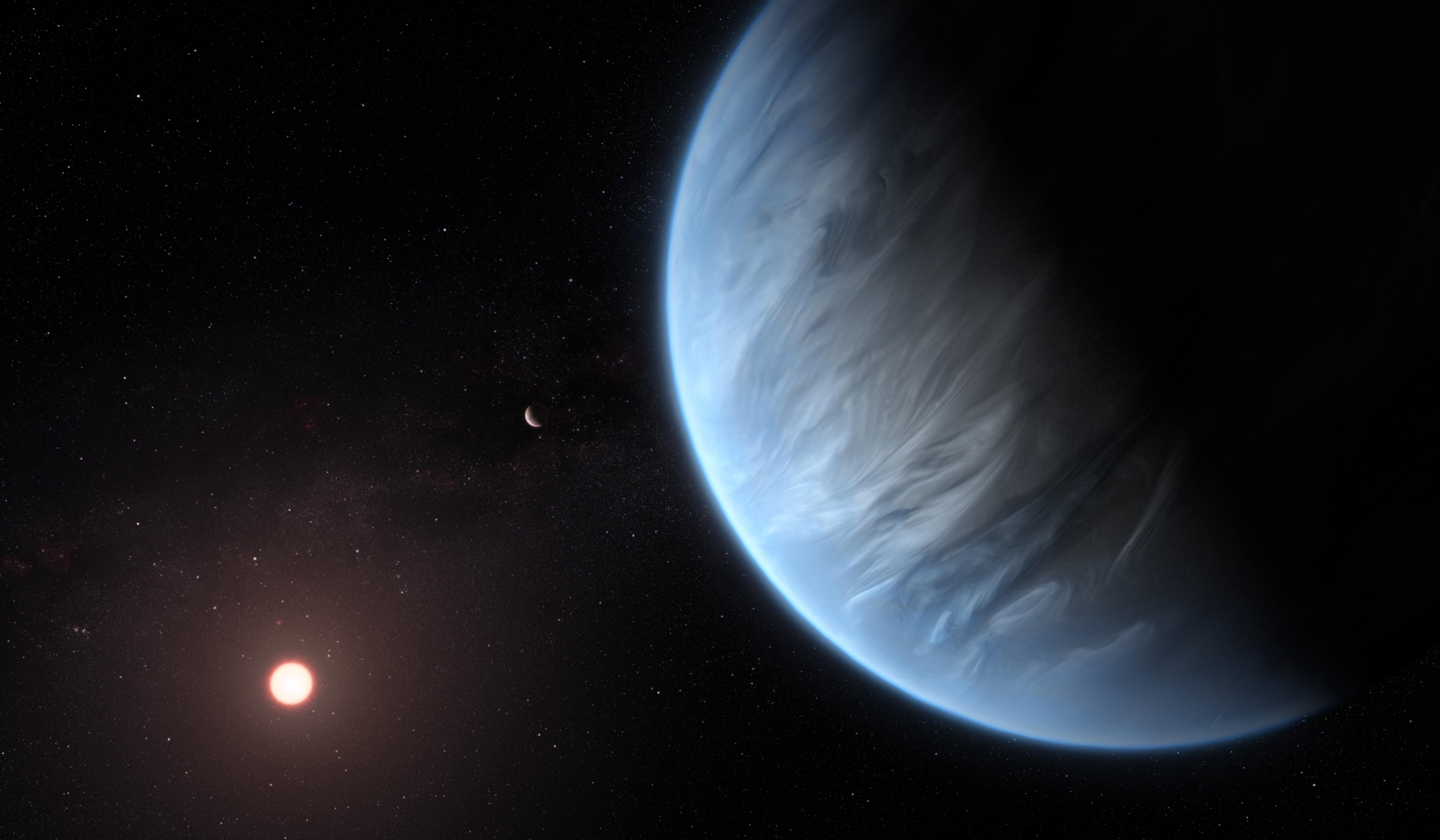 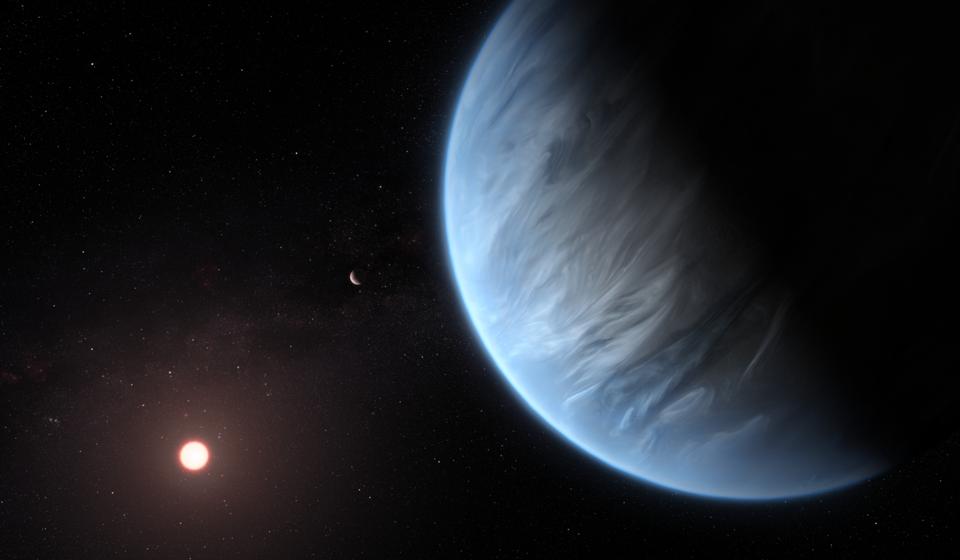 This artist’s impression shows the planet K2-18b, it’s host star and an accompanying planet in this … [+] system. K2-18b is now the only super-Earth exoplanet known to host both water and temperatures that could support life.

It’s the oldest and the greatest cosmic question of all: is there anybody out there?

For years all we’ve had is the Drake Equation to help us understand the question, but no indication of an answer. Now a group of scientists at the University of Nottingham think they’ve come up with a new “cosmic evolution”-based calculation that says that there are likely to be at least 36 ongoing intelligent civilizations in our Milky Way galaxy.

The Milky Way, home to our Solar System, is estimated to have 100 billion to 400 billion stars, and roughly one exoplanet per star in our galaxy.

Published today in The Astrophysical Journal, the new paper examines the likely number of Communicating Extra-Terrestrial Intelligent (CETI) civilizations in the Milky Way. It assumes that intelligent life comes to occur on other planets much as it has done on our own planet.

The number of civilizations depends strongly on how long they are actively sending out signals of their existence into space—such as radio transmissions from satellites and TV.

The calculation—which says that there could be 36 active communicating intelligent civilizations in our home galaxy—is called the “Astrobiological Copernican Limit” by the researchers. It takes into account:

“The classic method for estimating the number of intelligent civilizations relies on making guesses of values relating to life, but opinions about such matters vary quite substantially,” said Tom Westby, Assistant Professor, Faculty of Engineering at the University of Nottingham, and lead author on the paper. “Our new study simplifies these assumptions using new data, giving us a solid estimate of the number of civilizations in our galaxy.”

The estimation of at least 36 civilizations is actually the most conservative lower limit using the strictest set of assumptions—namely that communicating civilizations only survive for 100 years.

However, the authors note that the average distance to one of these 36 civilizations is around 17,000 light-years, so detection and communication is currently impossible.

There’s also the thorny question of how long intelligent civilizations tend to survive.

“Searches for extraterrestrial intelligent civilizations not only reveals the existence of how life itself forms, but also gives us clues about how long our own civilization will last,” said Christopher Conselice, Professor of Astrophysics at the University of Nottingham, who led the research. “If we find that intelligent life is common then this would reveal that our civilization could exist for much longer than a few hundred years.”

“Alternatively, if we find that there are no active civilizations in our galaxy it is a bad sign for our own long-term existence.”