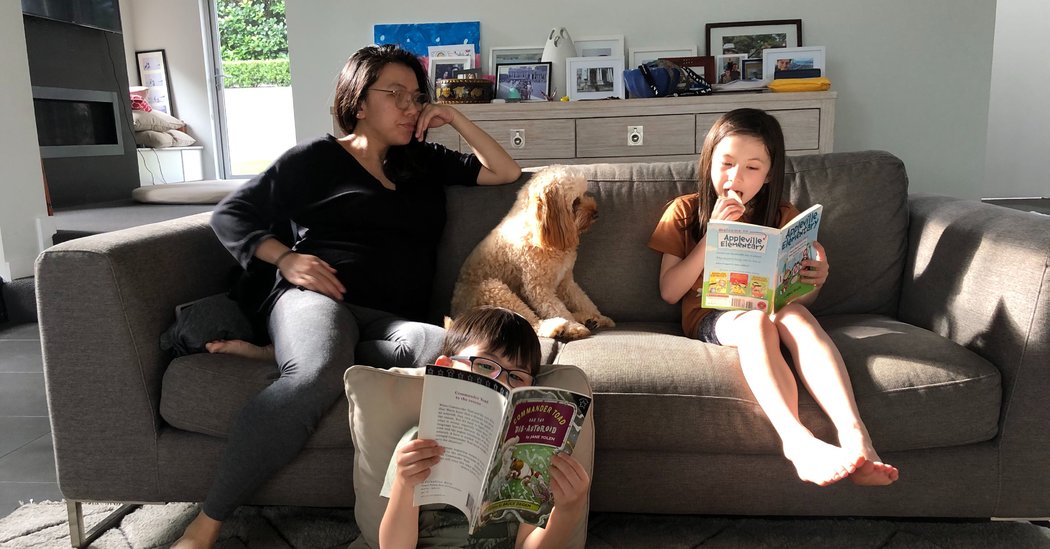 SYDNEY, Australia — As countries began sealing their borders against the coronavirus and airlines rapidly slashed flights, Isabel Lo, who is due to give birth in July, had a decision to make: rely on the American health care system or leave her husband to fly home to Australia.

Ms. Lo, a Chinese-Australian who until last month worked as a freelance writer based in New York, chose to leave.

While she is facing the prospect of having her baby without her husband, Ms. Lo, like other expatriates who have settled in the United States, has opted for the peace of mind afforded by universal health care in her home country.

“I think when a crisis hits, no amount of insurance will guarantee you a hospital bed,” Ms. Lo said. “If there ever was a case for universal health care, this is it.”

With the United States quickly becoming a global epicenter of the coronavirus pandemic, many people who moved to the country for study, life experience or professional opportunities have abandoned the lives they had built. They feared that the inequalities of the American health care system, exacerbated by the rampaging virus, could leave them vulnerable.

These transplants, many of whom completed lengthy visa applications and countless job interviews for the chance to work in America, now face the reality that their time in the country may, through a cruel twist of fate, be up, or at least interrupted for an indefinite period.

Many feel that the federal government’s delayed response to the epidemic created too risky a situation, and that they are lucky to be able to escape. Some had less choice in the matter: They lost jobs that provided them health insurance, or were freelancers and could not afford coverage.

A large share of those who have fled are young professionals based in New York. The city has been pummeled by the virus, with a death toll that already exceeds 1,000, and these expats have in many cases made flash decisions to pack up and buy a ticket on any flight they could find.

As New York hospitals quickly became overwhelmed, “it seemed like the most responsible thing to do on all fronts,” Em Bartlett, a marketing director who fled to Australia, said in an interview via Facebook.

Ms. Bartlett, who had been in the city for nine years, said that while making the decision to leave had been heartbreaking, she was relieved to be in Australia, where the virus has not yet spiraled out of control, and deeply concerned for friends in New York who had developed symptoms.

“They’re worried if they take a turn for the worse that they’ll be screwed, and I’m scared for that scenario too,” she said.

Groups for expats on social media, usually places for neighborhood recommendations and subletting advertisements, have filled with questions about apartments left behind and worries about abandoned pets, soon-to-be-due taxes and the status of visas.

In many ways, these transplants are a privileged subset. Thousands of immigrants, drawn to the United States out of necessity, have no choice but to stay. Others, like those from hard-hit Italy or Spain, may not find a benefit in returning home.

Some expats are staying put, potentially at risk to their health, to remain employed. “If I was to go back to Australia, I might not be able to come back to America. I could lose my job,” said Tara Kenny, 29, who works for a mental health nonprofit in New York.

Others who were able to travel home many time zones away are working middle-of-the-night hours to keep pace with their colleagues.

Clare Rawlinson, 33, a podcast producer, along with her partner and another couple who are also their housemates, arrived in Australia last month from New York, and just finished 14 days in quarantine. The two couples are now living in an Airbnb together, and they wake up between 3 and 5 a.m. to remotely work their New York City jobs on Eastern time.

“We only had 24 hours between deciding and getting on a plane,” Ms. Rawlinson said, adding that the choice to leave New York involved accepting that “there could be really inconvenient and upsetting consequences either way.” But they hope to return to the United States as soon as possible.

Ms. Lo, the freelance writer, said she was unsure that the pandemic would be quelled enough to allow borders to reopen before she is due to give birth in about four months.

“When we made the decision, we didn’t talk about the possibility that I might give birth here without him,” she said of her husband, an American who stayed behind for his job. “Emotionally, it’s a bit hard to take.”

But when a nurse at the New York hospital where she had planned to give birth died from the virus, Ms. Lo said, it became clear that her decision to move was the right one.

Spotty health insurance coverage has been the deciding factor for some expats. Anna Inglis, a 38-year-old freelance photo producer based in Brooklyn, said she had decided last month to return home to New Zealand in part because she did not have health coverage through her job.

The American system of private health insurance, with varying coverage and sometimes high premiums, deductibles or co-payments, is a stark contrast to the public systems in places like New Zealand, Australia and Britain, where government-subsidized access to doctors and many services is universal.

Some expats say their health insurance options in the United States are so poor that they have instead used travel insurance as their primary coverage. Others, like Ms. Inglis, have only the most basic level of health coverage in New York, but back home, that is not a consideration.

“I feel reassured by the New Zealand political system,” she said. “Hopefully, the system can cope better than the New York system is currently.”

This intuition to flee the United States, and its health care system, during a pandemic may be a good one.

“The U.S. has been a leader in so many other areas, but when it comes to the health care system, it is behind,” said Adam Kamradt-Scott, a global health security expert at the Center for International Security Studies at the University of Sydney.

Professor Kamradt-Scott said that as pressure mounted on the American system, it was possible that citizens would be prioritized over foreigners. Some hospitals in the United States, especially in New York, are “literally so overwhelmed that people are only presenting when they are very, very sick.”

By that stage, he said, “it’s too late to save people’s lives.”

One Australian, Shelley Wilcox, and her partner, a Briton, who live in New York, have remained, but they have a contingency plan. If the situation becomes too dire, Ms. Wilcox, who is pregnant with twins, and her partner will drive across the border to Canada, where they are also citizens.

“I’m not so worried about getting the virus,” Ms. Wilcox said. “It’s more about the system here collapsing.”