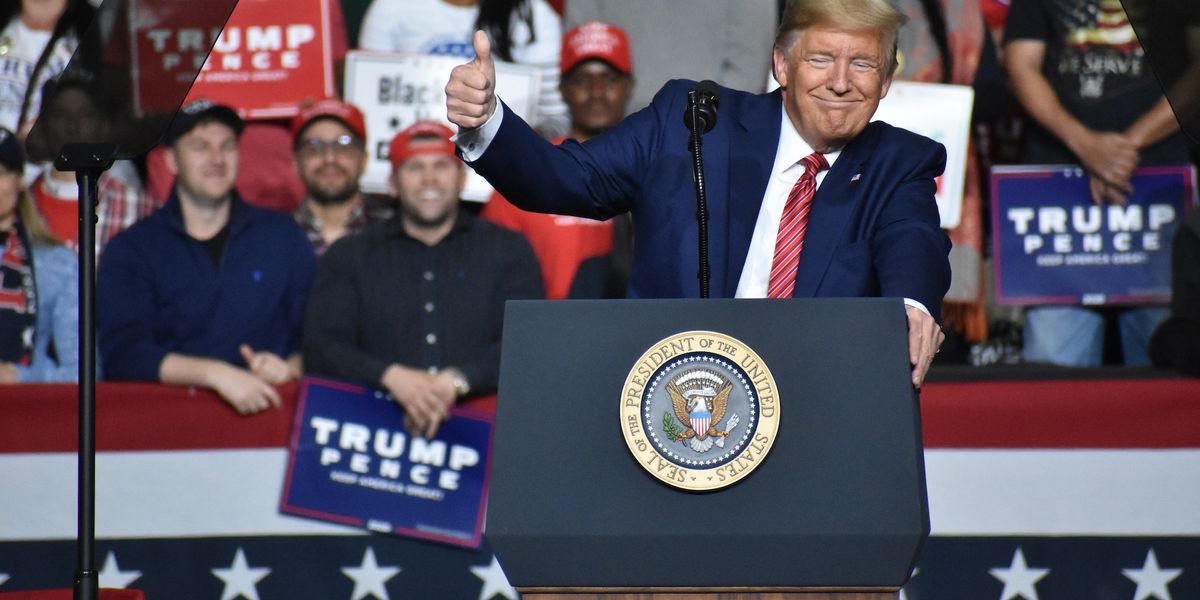 President Donald Trump told his supporters at a South Carolina that Democrats were spreading misinformation about the coronavirus, and called it “their new hoax.”

Critics instantly pounced on the comments as proof that the administration was not taking the threat seriously.

“Democrats are politicizing the coronavirus,” he told his supporters.

“You know that right? Coronavirus,” he added to loud boos. “They’re politicizing it. We did one of the great jobs. You say ‘how’s President Trump doing?’ they go, ‘oh not good, not good.'”

The president went on to quote one of his supporters telling him about the coronavirus.

“One of my people came up to me and said, ‘Mr. President, they tried to beat you on Russia Russia Russia, that didn’t work out too well. They couldn’t do it,'” he said.

“And this is their new hoax!” he said to great applause.

He went on to tout his actions early to prevent the spread of coronavirus and compare it to the yearly deaths from influenza, which number into the tens of thousands.

“Now Democrats are politicizing the coronavirus and spreading misinformation about the Trump Administration’s efforts to protect the American people,” they tweeted. “This is their new hoax!”

Democratic Sen. Chris Murphy of Connecticut was among those who criticized the president over his comments.

“When I was 4 I thought that I could win hide and seek every time by sitting on the stairs with a blanket over my head,” Murphy tweeted.

“This is very very cool and not at all worrying and super reassuring and normal and it is pretty much what every other president would do and besides both sides,” smirked Sen. Brian Schatz (D) of Hawaii.

The coronavirus has killed more than 2,800 worldwide and infected at least 80,000, including some in the United States.