The presidential candidates were due to debate at the same event until Trump’s COVID-19 diagnosis days after the first debate threw a spanner in the works. The Commission on Presidential Debates planned for the second debate to go ahead virtually, but Trump refused and said he would only debate in person.

Biden decided to go ahead with the scheduled a town hall-style event on ABC. But Trump then decided to host his own event on NBC at the same time, meaning that viewers would have to choose to watch one or the other.

Trump is obsessed with ratings—even bragging about the number of viewers his daily coronavirus briefings drew—so his town hall event’s ratings and how they compare to Biden’s are likely to be important to the president.

Though Trump did not mention ratings, on Friday the president said on Twitter: “Very good reviews on last night’s NBC News Town Hall in Miami. Thank you!!!”

However, TikTokers had a plan to prevent Trump from getting to brag about his numbers. YouTuber Hank Green made a TikTok (that has been viewed more than 4 million times at the time of writing) in which he suggested that Trump hosted his event at the same time as Biden’s so that he could brag about better ratings.

While Green mentions that ratings do not actually matter, as they have nothing to do with electoral votes, he says he came up with a way to stop Trump from “having this very small win.”

On YouTube, ABC’s live stream of Biden’s town hall had around 2.8 million views at the time of writing. However, Trump’s town hall was streamed on the NBC News, CNBC, and CNBC Television YouTube channels, and had 1.9 million, 1.6 million, and 1 million views, respectively.

This is not the first time TikTok users have trolled Trump. In June, TikTokers and K-Pop fans reserved tickets for a Trump rally with no intention of turning up. The campaign boasted that more than a million people had registered their interest in the event—but only around 6,200 people turned up to the 19,000 capacity venue. 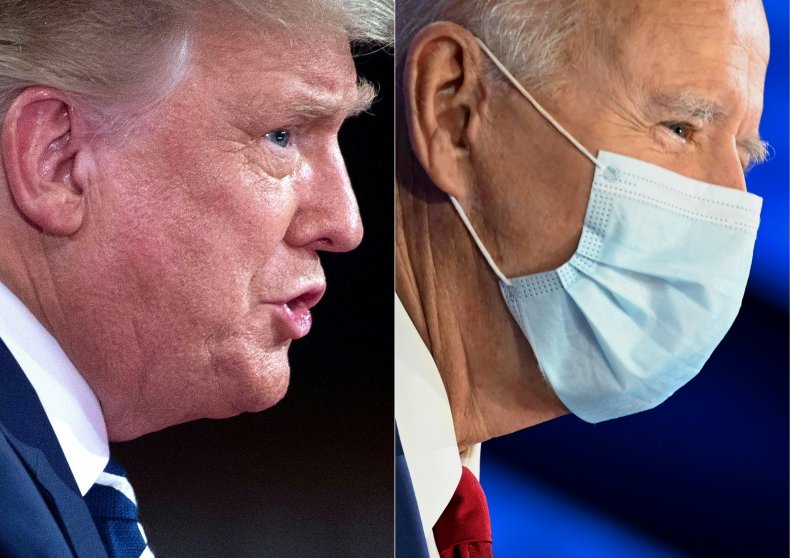