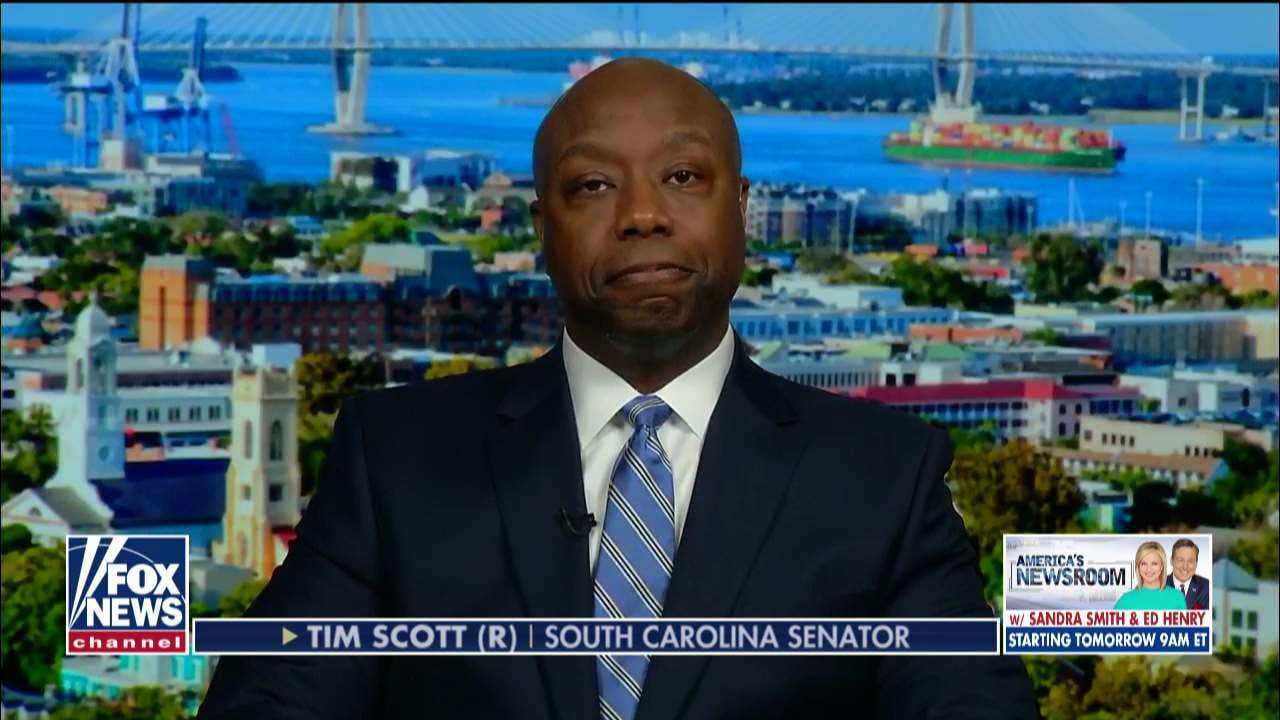 Sen. Tim Scott, R-S.C., said Sunday that Democrats have been focused on impeachment because “they’re pretty concerned” due to the fact that “they believe the American people are now solidly behind President Donald Trump.”

Scott appeared on “Fox & Friends Weekend” one day after House impeachment managers filed their brief to the Senate, claiming the evidence against Trump “overwhelmingly” established abuse of power and obstruction of Congress.

Scott added that “the most important statement made about this entire impeachment process was made by [Texas] Congressman Al Green when he said if we don’t impeach him, he might win.”

The South Carolina senator also pointed out, “[House Speaker] Nancy Pelosi held the impeachment documents for nearly a month, which means there is no existential threat. There is no national-security threat.”

The brief was the Democrats’ opening salvo in the historic impeachment trial, with House managers arguing Trump used his official powers to pressure Ukraine to interfere in the 2020 U.S. presidential election for personal political gain, then tried to cover it up by obstructing Congress’s investigation into his alleged misconduct.

“The evidence overwhelmingly establishes that he is guilty. … The Senate must use that [impeachment] remedy now to safeguard the 2020 U.S. election, … protect our constitutional form of government and eliminate the threat that the President poses to America’s national security,” the brief stated.

Scott said Sunday that Democrats were reacting in such a way because their “greatest fears are coming true” due to Trump’s success.

“The fact is that this president has focused on bringing opportunities to the poorest communities in the nation,” Scott said. “This president has helped bring the minority unemployment rate to record lows for Asians, for African-Americans, for Hispanics.”

Scott noted the country’s 3.5-percent unemployment rate. “Our stock market is going through the ceiling. They are trembling in their boots, so the only thing they have focused on their minds today is not President Trump, it is removing senators from office so that they can have control of the United States Senate.”

He went on to say, “There’s no question that President Trump’s economic agenda has brought more prosperity into the African-American community than we’ve seen in my lifetime.”

“This president is producing the type of results that only say one thing to the African-American community,” Scott continued. “We believe that there is high-potential, incredible people who only needed opportunity and access to those opportunities. President Trump has brought so many of those to the community that I believe that we’re going to have a record turnout on behalf of the president [in November].”