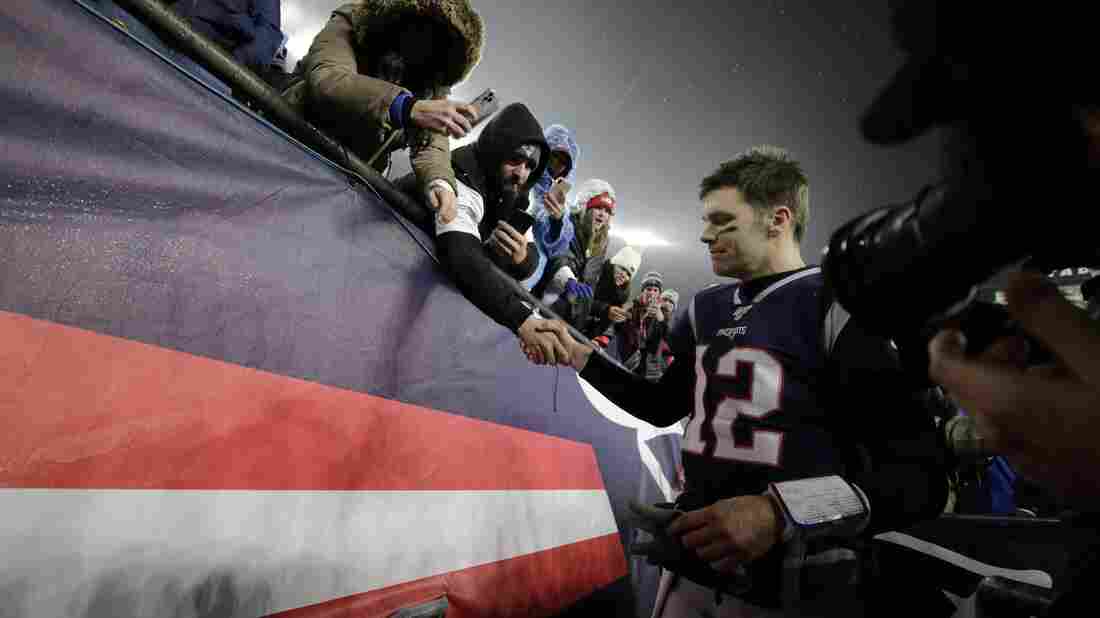 Tom Brady shakes hands with a fan as he leaves the field in Foxborough, Mass., after losing a playoff football game to the Tennessee Titans earlier this year. As it turns out, that was likely the final game the quarterback would play in a New England Patriots uniform. He announced his departure Tuesday. Charles Krupa/AP hide caption 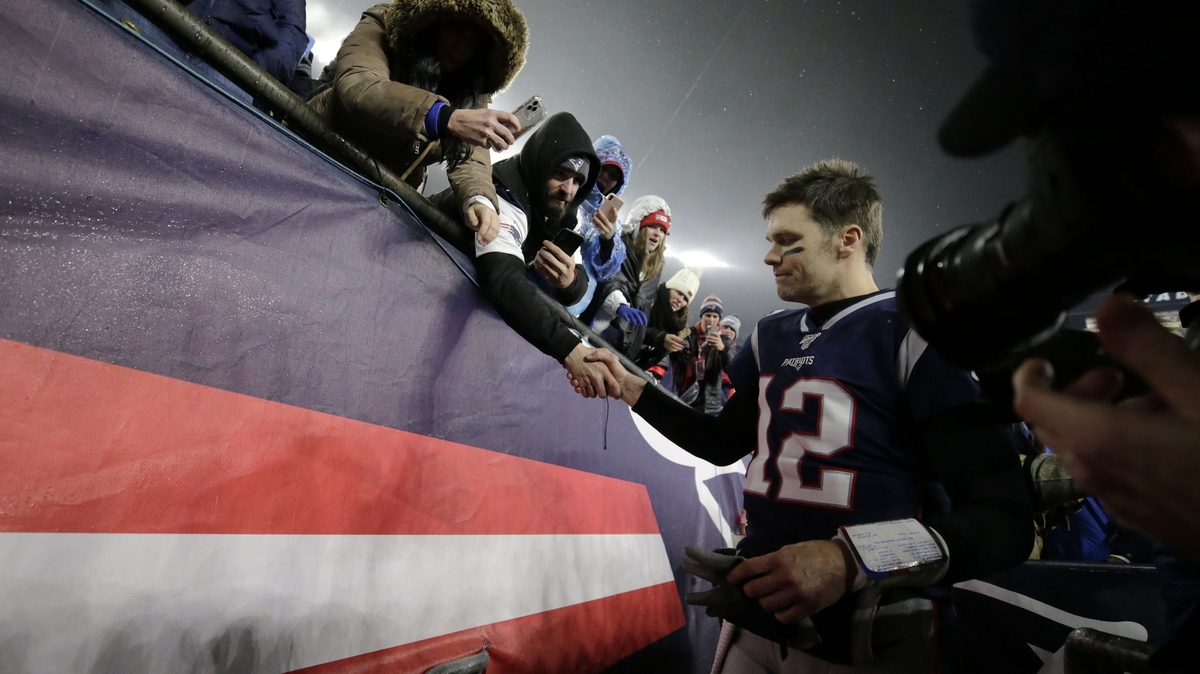 Tom Brady shakes hands with a fan as he leaves the field in Foxborough, Mass., after losing a playoff football game to the Tennessee Titans earlier this year. As it turns out, that was likely the final game the quarterback would play in a New England Patriots uniform. He announced his departure Tuesday.

It is the end of an era in New England.

Tom Brady, the quarterback who led the Patriots to six Super Bowl wins in the past two decades, including one just last year, has announced that he is leaving the franchise. Brady bade farewell in a statement tweeted Tuesday, saying, “I don’t know what the future holds but it is time for me to open a new stage for my life and career.”

Brady will become an unrestricted free agent, able to sign with any team he chooses, when the 2020 league year begins in earnest Wednesday.

“Our team set a great standard in pro sports and I know it will continue to do just that,” he added in a separate statement addressed to his teammates and coaches. “Although my football journey will take place elsewhere, I appreciate everything that we have achieved and am grateful for our incredible TEAM accomplishments.”

Though Brady will turn 43 before the start of next season — making him one of the oldest players, not only in the league currently but in NFL history — he has signaled that he intends to keep playing professional football. Asked if retirement is in the cards, after the Patriots suffered a surprising loss at home in the first round of the playoffs earlier this year, Brady told reporters “it’s pretty unlikely.”

“Hopefully unlikely,” he added, with a smile.

Brady departs New England with a resume unmatched in the history of football: Nine Super Bowl appearances as the Patriots’ quarterback — six of which he won and during four of which he won Super Bowl MVP. Just three years ago, he led the largest comeback in Super Bowl history, overcoming a 25-point deficit to stun the Atlanta Falcons in overtime.

He also won league MVP three times and stands second on the all-time list for passing yards and passing touchdowns. Infamously picked in the sixth round in the 2000 draft — the usual territory for backups and castoffs — Brady went on to become the winningest quarterback in NFL history, and it’s not particularly close: The sum that separates him from the second quarterback on the list is measured in the dozens.

Including the playoffs, Tom Brady and Bill Belichick have 249 wins together.

That is over 100 more wins than any other QB-Coach Duo in the Super Bowl Era (Since 1966). pic.twitter.com/wk0xGkNQ4Q

In other words, his CV makes a pretty convincing case for Brady as the greatest of all time — but the list of achievements has been compiled with just one team and just one coach, Bill Belichick, whose own illustrious career is all but earmarked for the Hall of Fame, as well.

Now, Brady may be moving to new pastures for the first time in his middle age.

It remains unclear where, exactly, those new pastures will be. But three things are certain: His departure will be mourned by hordes of Patriots diehards, celebrated by virtually every other envious fan — and eyed hungrily by plenty of teams who would like to see him add to that historic resume in their colors.