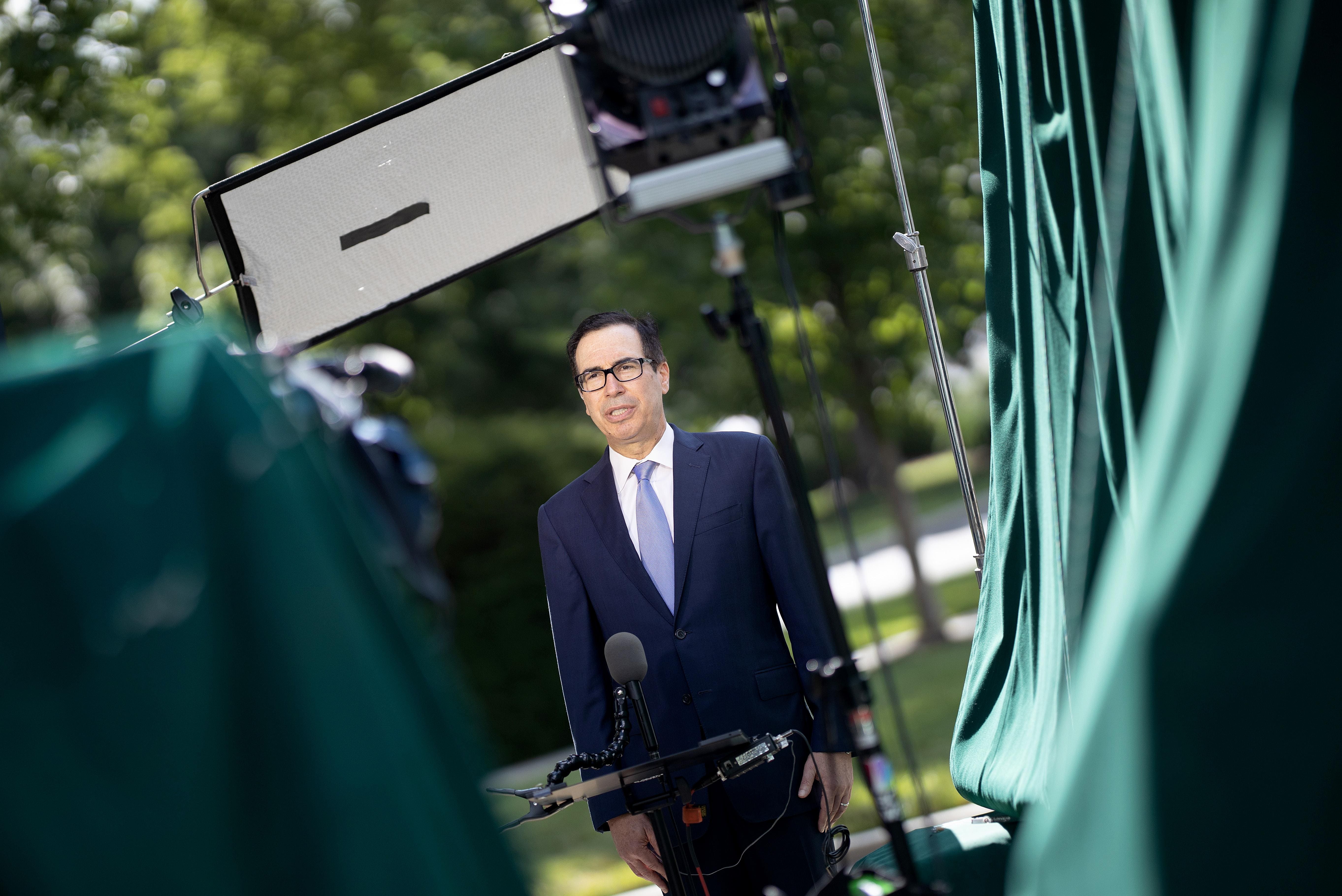 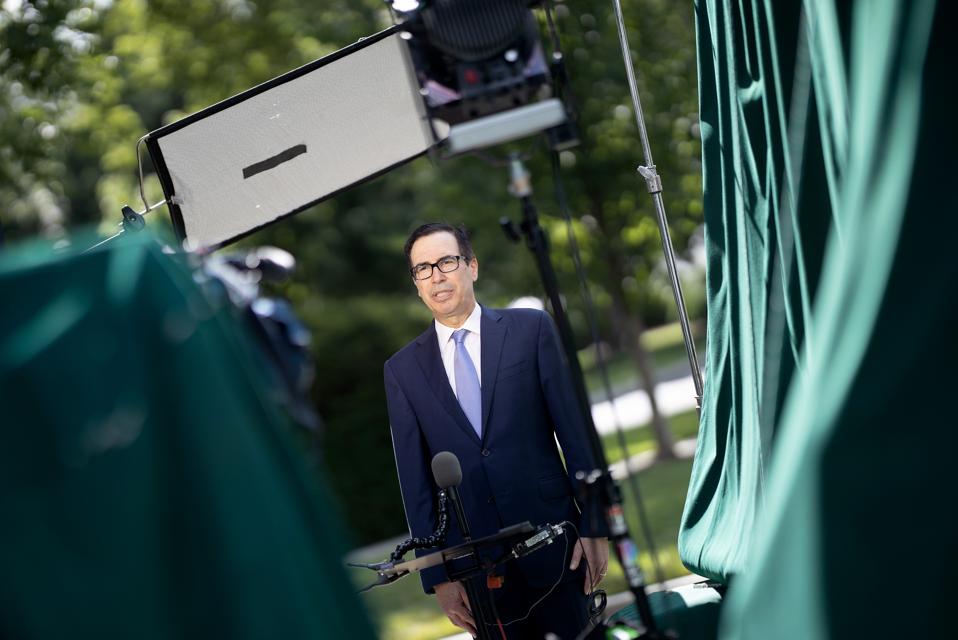 The next coronavirus stimulus relief package could cap unemployment benefits to ensure workers aren’t earning more out of work than when they last had a job.

Treasury Secretary Steven Mnuchin on Thursday expressed support for extending unemployment benefits to Americans who are still suffering from the economic consequences of the coronavirus. But he was adamant those benefits will likely be reduced from current levels to encourage people to go back to work.

In an interview on CNBC, Mnuchin said he favors extending enhanced unemployment benefits beyond their scheduled July 31 expiration, but he said any extension must protect both employers and employees.

“I’ve heard stories of where companies are trying to get people back to work and they won’t come because the enhanced unemployment,” Mnuchin said. “But we’ll fix that and we’ll figure out an extension to it that works for companies and works for those people who will still be unemployed.”

Said Mnuchin: “We’re going to make sure that people are incented to go back to jobs.”

The existing benefits—slated to end July 31—granted unemployed Americans an additional $600 of federally funded unemployment benefits on top of their regular state benefits, as part of the $2 trillion Coronavirus Aid, Economic Security and Relief (CARES) Act.

That weekly benefits boost, known as Federal Pandemic Unemployment Compensation (FPUC), was intended to fully replace [or come close to replacing] wages for workers who were suddenly without jobs due to the coronavirus crisis.

Controversy Over the Benefits

Jobless claims are starting to level off, but American workers filed 1.3 million claims last week, down from 1.4 million the prior week. Jobless claims topped out at 6.9 million in March. Still, economists have been warning that unemployment levels aren’t going to immediately bounce back to pre-pandemic levels and say more federal aid will be needed.

“As some businesses have slowly come back, even if the unemployment rate trickles down, we will still be at an unemployment level above either the 1980s downturn or the Great Recession,” said William E. Spriggs, AFL-CIO chief economist and professor at Howard University’s Department of Economics, on a press call last week with Rep. James E. Clyburn (D-SC), chairman of the Select Subcommittee on the Coronavirus Crisis. “We will still be in the worst labor market on record, and that takes time to clear.”

From January to March, before the pandemic took hold over the U.S., unemployment benefits only replaced 45% of worker’s wages, or just under $400 per week. FPUC boosted that number to around $1,000 per week, near the U.S. average weekly wage. Some states cap their benefits even lower than $400.  Florida, for example, has a maximum weekly unemployment benefit of $275 without the boost, based on earnings.

FPUC has become a major point of contention among lawmakers. Republicans argue that it offers workers little incentive to get back to work, but Senate Democrats are pushing to extend the additional $600 per week past the July 31 expiration date.

Meanwhile, a working paper from economists at the University of Chicago finds about 68% of unemployed workers who collect unemployment under the current expanded benefits structure get benefits that are more than their original wages. The Century Foundation, a progressive nonpartisan think tank, estimates more than 25 million Americans are receiving FPUC benefits, totaling $15.4 billion per week. The Century Foundation also notes that as many as 42% of these benefits in June were going to non-white recipients, who have been disproportionately affected by the economic consequences of the coronavirus.

A Congressional Budget Office report released last month found the $600 boost would help keep household spending on level with pre-pandemic employment levels. But positive impacts of the payments would wane over time; economic output would eventually drop in 2021, and an extension of the weekly benefit would “weaken incentives to work,” according to the report.

Congress expects to pass the next relief bill late this month before it’s scheduled to leave until September. There is a divide on what the costs and content of the bill will be, according to The Hill.