The Trump campaign has put out conflicting figures on how many tickets have been registered for their June 20 rally in Tulsa, with campaign manager Brad Parscale now claiming 800,000 people registered for tickets despite the venue seating just over 19,000. 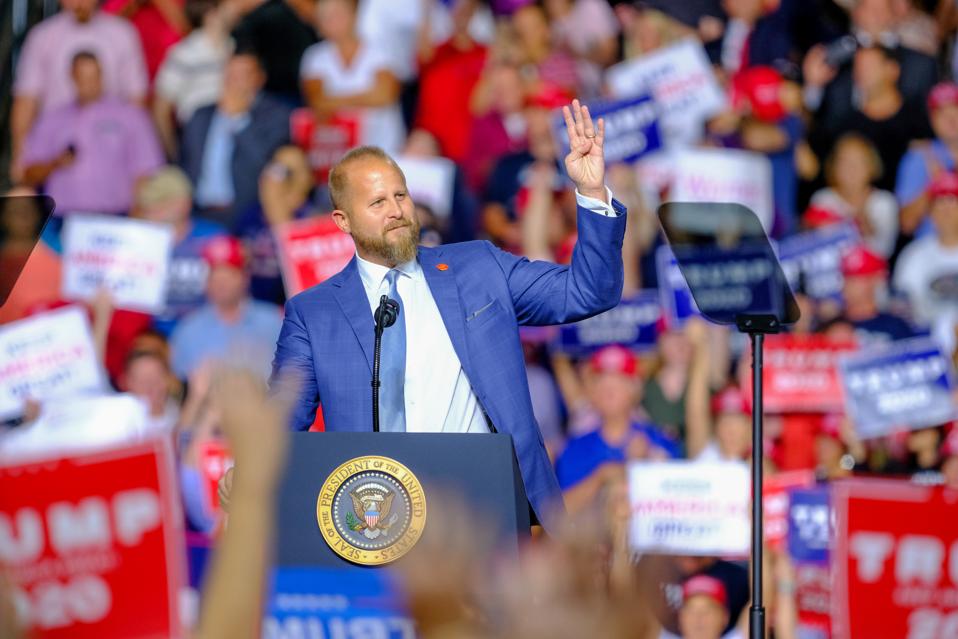 “Trump #MAGA Rally in Tulsa is hottest ticket ever!” Parscale tweeted on Friday. “Over 200K tickets already & it’s not even political season.”

He added that they are “looking at a 2nd event in town to get more people to be with Donald Trump,” likely because the venue, the BOK Center, only seats 19,200 people.

A few hours after that, Trump announced that he would push the rally back from June 19th, and tweeted, “we have already had ticket requests in excess of 200,000 people. I look forward to seeing everyone in Oklahoma!”

On Sunday morning, Parscale claimed an enormous increase, tweeting, “just passed 800,000,” calling it the “biggest data haul and rally signup of all time by 10x.”

Forbes has reached out to the Trump campaign for clarification on whether Parscale is referencing ticket requests and whether they plan to distribute more than 19,000 tickets.

The rally has been mired in controversy ever since it was announced due to both its racial and public health implications. It was initially scheduled one June 19th, coinciding with Juneteenth, a holiday commemorating the end of slavery in the U.S., amid a period of civil unrest over racist policing. Public health experts have also warned that such a densely packed crowd in an indoor setting could have dire public health implications amid the ongoing coronavirus pandemic.

While the bulk of registrations for the rally are likely genuine, there have been some less-than-authentic ones as well. Some Twitter users claimed to have registered for the rally just to ensure there would be empty seats. TikToker Mary Jo Laupp encouraged her followers to do something similar in a viral video that got 1.7 million views.

39. Tulsa County has seen a spike in coronavirus cases in recent days. The Tulsa Health Department reported 39 cases on Saturday and 82 cases on Friday, up from just 8 cases reported last Sunday.

The Trump campaign is already preparing for what seems inevitable by requiring registrants to sign a waiver agreeing to “assume all risks” of coronavirus transmission and agreeing not to sue the campaign.