WASHINGTON — The Supreme Court ruled Thursday that the Trump administration may not immediately proceed with its plan to end a program protecting about 700,000 young immigrants known as Dreamers from deportation, dealing a surprising setback to one of President Trump’s central campaign promises.

Chief Justice John G. Roberts Jr. wrote the majority opinion, joined by the court’s four more liberal members in upholding the executive action by President Barack Obama that established the program, Deferred Action for Childhood Arrivals, or DACA. But the chief justice made clear that the decision was based on procedural issues and that the Trump administration could try to redress them.

“We do not decide whether DACA or its rescission are sound policies,” the chief justice wrote. “We address only whether the agency complied with the procedural requirement that it provide a reasoned explanation for its action.”

Still, the decision was the second this week in which the court reached a result in a major case that elated liberals. On Monday, it ruled that L.G.B.T. workers were protected by a landmark civil rights law. Chief Justice Roberts was in the majority in that decision, too.

Mr. Trump responded with an angry attack on the court.

“These horrible & politically charged decisions coming out of the Supreme Court are shotgun blasts into the face of people that are proud to call themselves Republicans or Conservatives,” he wrote on Twitter. And he made clear that he would make the composition of the court a campaign issue, as he did in 2016.

The court’s decision was provisional, and it did not remove the uncertainty that young immigrants have lived with — including the possibility of being forcibly returned to countries many of them cannot even remember — since they arrived in the United States as children. The DACA program itself provided only a renewable two-year deferral of possible deportation, with no pathway to citizenship.

But young immigrants said they were surprised and delighted that the court had ruled in their favor.

“I’m actually still shaking,” said Joana Cabrera, who came to the United States from the Philippines at age 9, and at 24 is on a team researching the use of robots in coronavirus testing in San Francisco. “I’m unbelievably happy because I was expecting the worst.”

Mr. Trump announced in September 2017 that he would wind down the program, basing his decision on the argument that creating or maintaining it was beyond the legal power of any president.

But the justification the government gave, Chief Justice Roberts wrote, was insufficient or, in legal terms, “arbitrary and capricious.” He said the administration may try again to provide adequate reasons.

But producing such further justifications, and resolving the legal challenges that will inevitably follow, will take many months if not years, pushing a final resolution of the case past this year’s elections.

How the court ruled

In Department of Homeland Security v. Regents of the University of California, the court ruled, 5 to 4, that the Trump administration could not immediately shut down DACA, a program that shields about 700,000 young immigrants known as Dreamers from deportation and allows them to work. 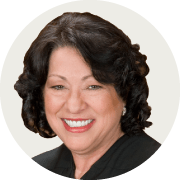 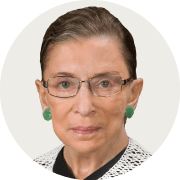 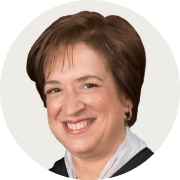 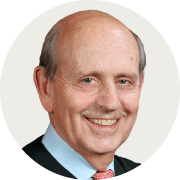 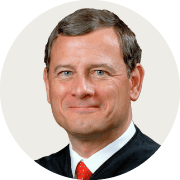 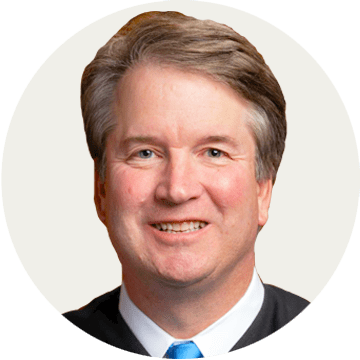 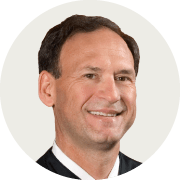 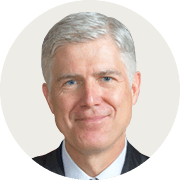 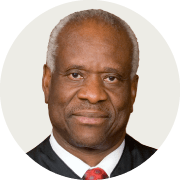 Where the public stands

Question wording: Deferred Action for Childhood Arrivals (DACA) was created by President Obama to protect undocumented immigrants who have lived in the U.S. since childhood from deportation. President Trump wants the Department of Homeland Security to end DACA. What do you think? | Source: SCOTUSPoll, based on an online YouGov survey of 2,000 U.S. adults conducted April 29 to May 12.

In another of his tweets after the court announced its decision on DACA, Mr. Trump wrote that he had doubts about whether justices were treating him fairly. “Do you get the impression that the Supreme Court doesn’t like me?” he asked on Twitter.

There is, at least, good reason to think that a majority of the justices do not trust the rationales offered by his administration for major initiatives. Last year, the same five justices rejected its reason for adding a question on citizenship to the census, with Chief Justice Roberts saying it “appears to have been contrived.”

In a dissent in the DACA case, Justice Clarence Thomas, joined by Justices Samuel A. Alito Jr. and Neil M. Gorsuch, said the majority had been swayed by sympathy and politics.

“Today’s decision must be recognized for what it is: an effort to avoid a politically controversial but legally correct decision,” Justice Thomas wrote. “The court could have made clear that the solution respondents seek must come from the legislative branch.”

“It has given the green light,” he wrote of the court, “for future political battles to be fought in this court rather than where they rightfully belong — the political branches.”

Established by Mr. Obama in 2012, DACA allows young people brought to the United States as children to apply for a temporary status that shields them from deportation and allows them to work.

At different times, Mr. Trump has praised the program’s goals and suggested he wanted to preserve it. “Does anybody really want to throw out good, educated and accomplished young people who have jobs, some serving in the military?” he asked in a tweet in 2017.

But Mr. Trump has sometimes struck a different tone. “Many of the people in DACA, no longer very young, are far from ‘angels,’” he wrote on Twitter last year as the Supreme Court prepared to hear arguments in the case. “Some are very tough, hardened criminals.”

In fact, the program has strict requirements. To be eligible, applicants had to show that they had committed no serious crimes, had arrived in the United States before they turned 16 and were no older than 30, had lived in the United States for at least the previous five years, and were in school, had graduated from high school or received a G.E.D. certificate, or were an honorably discharged veteran.

“I do not favor punishing children,” Mr. Trump said in his formal announcement of the termination. But, he added, “the program is unlawful and unconstitutional and cannot be successfully defended in court.”

Mr. Trump’s decision to end the DACA program was the culmination of a concerted effort by some of his most anti-immigrant advisers who believed it was imperative that the president follow through on the promise he made during the campaign.

Stephen K. Bannon, the president’s chief strategist during his first six months in office, worked with Kris Kobach, the former Kansas secretary of state and an ardent opponent of immigration, to orchestrate a legal challenge to Mr. Obama’s DACA program. Along with Jeff Sessions, then the attorney general, Mr. Bannon and Mr. Kobach convinced the president that he should order an end to DACA or the courts would do it for him.

The upshot of the internal debate was a bare-bones memo from Elaine C. Duke, then the acting secretary of homeland security. She offered no policy reasons for the move, saying only that DACA was unlawful.

Chief Justice Roberts wrote that Ms. Duke’s rationale was inadequate. She had failed to consider, he wrote, two important points: the degree to which recipients had come to rely on the program and the possibility of deferring deportations even if other benefits, like the right to work, were eliminated.

Young immigrants, Chief Justice Roberts wrote, quoting from a brief, had “enrolled in degree programs, embarked on careers, started businesses, purchased homes and even married and had children” in reliance on the program. Excluding DACA recipients from the work force, he wrote, could result in the loss of $215 billion in economic activity and $60 billion in federal tax revenues over the next decade.

“Acting Secretary Duke should have considered those matters but did not,” Chief Justice Roberts wrote. “That failure was arbitrary and capricious.”

Had the administration simply grappled with those issues and nonetheless declared that it was changing direction as a matter of policy, Chief Justice Roberts suggested, the termination of DACA would have been a routine exercise of executive discretion.

Mr. Obama’s lawyers had argued that the DACA program was legal because the government has prosecutorial discretion in deciding whether to pursue deportation against individual immigrants.

But Mr. Trump said that creating or maintaining the program was beyond the power of any president, no matter how sympathetic the Dreamers might be.

In dissent, Justice Thomas agreed. “The decision to rescind an unlawful agency action is per se lawful,” he wrote. He criticized the majority for “all but ignoring DACA’s substantive legal defect.”

In a separate dissent, Justice Alito said it was shocking that years have passed without a definitive resolution from the Supreme Court of whether rescinding DACA was lawful.

“Instead,” he wrote, “it tells the Department of Homeland Security to go back and try again. What this means is that the federal judiciary, without holding that DACA cannot be rescinded, has prevented that from occurring during an entire presidential term.”

While the litigation was underway, Kirstjen Nielsen, the homeland security secretary at the time, issued a second set of reasons in a three-page memo. It mostly relied on the earlier rationales in Ms. Duke’s memo, but added one more, about the importance of projecting a message “that leaves no doubt regarding the clear, consistent and transparent enforcement of the immigration laws against all classes and categories of aliens.”

Chief Justice Roberts said the court would not consider the later memo. Ms. Nielsen’s additional justifications, the chief justice wrote, were “impermissible post hoc rationalizations and thus are not properly before us.”

“The basic rule here is clear: An agency must defend its actions based on the reasons it gave when it acted,” Chief Justice Roberts wrote. “This is not the case for cutting corners to allow D.H.S. to rely upon reasons absent from its original decision.”

In his own dissent, Justice Brett M. Kavanaugh said requiring the administration to provide another set of reasons was a pointless formality. “The only practical consequence of the court’s decision to remand appears to be some delay,” he wrote.

Eight justices rejected a separate argument from lawyers for the young immigrants, who had said the rescission of the program violated the Constitution’s equal protection clause.

Justice Sonia Sotomayor dissented on that point, saying she would have let that challenge go forward, based in part on “statements that President Trump made both before and after he assumed office” in which he called them criminals, drug dealers and rapists.

In a Twitter post Thursday afternoon, Mr. Trump captured the bottom line of the court’s ruling. “Now we have to start this process all over again,” he wrote.