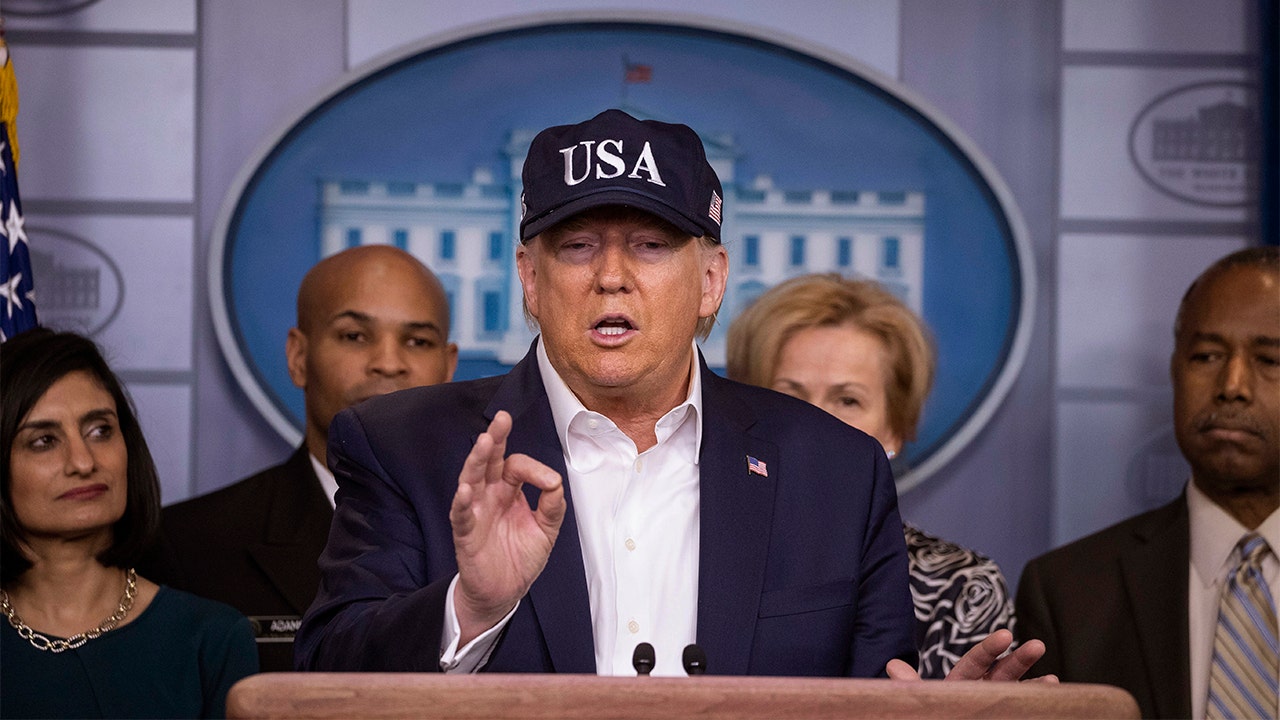 A senior legal adviser to President Donald Trump’s reelection campaign said that the president is being careful to safeguard the rights of Americans, even as state and local governments around the country impose increasingly restrictive measures on their citizens, in the name of slowing the coronavirus outbreak.

On Fox Nation’s “Deep Dive,” Fox News and Fox Nation host Steve Hilton observed that some Americans are growing increasing uncomfortable with the escalating scope of government power during this public health emergency.

LIMITED TIME OFFER, GET YOUR FIRST MONTH OF FOX NATION FOR $0.99

“Now, it may not be the view you hear everywhere on TV. It’s certainly not what you see if you open up Twitter. But I think there’s a lot of people who feel that this is we’re getting perhaps a bit out of hand,” suggested Hilton.

On Monday, San Mateo, Calif., Mayor Joe Goethals said that six counties in the San Francisco Bay Area will be put under a shelter-in-place directives, which would close virtually all businesses and instruct residents to remain at home. That would amount to the most restrictive measure in the country, at the moment.

“We always have had this challenge in America, because we’re the great American experiment, of having that tension point of saying where does civil liberty end and government regulation and administrative state begin,” said Jenna Ellis, senior legal adviser to Donald J. Trump for President, Inc. “I think it’s a wonderful thing that we’re having this conversation and we definitely, typically should err on the side of civil liberty and freedom.”

“But when we’re in the midst of something like a public health crisis, do we temporarily say, ‘OK, we’re going to give the government a little bit more of an intrusion, frankly, and a restriction, because we understand that there is such a compelling need for that?'” she asked.

“I think that’s a large reason why President Trump and Vice President Pence have been so concerned about making sure that they are graduating these types of responses,” she concluded. “And they’re not just overreacting like other countries have because they want to make sure to guarantee and protect and preserve individual liberties. And that’s a very good thing.”

Fox News political contributor Tammy Bruce also acknowledged the tension between the desire to safeguard personal freedoms and the need to act collectively to stop the spread of the virus.

FROM SPANISH FLU TO CORONAVIRUS: THE LESSONS OF PAST OUTBREAKS

“When we look at the Italian situation, what they’ve experienced is almost a virtual collapse of their health care system,” said Bruce. “What we’re looking at is the attempt, again, not just to have the power to tell people what to do, but … trying to maintain some kind of control over the medical system within this short period of time, four to five weeks.”

“I’m a populist …  My favorite thing to do is make my own decisions. And this is why it’s so irritating to Americans, because suddenly we can’t go where we want to,” she argued “But this is a reminder to us that these things sometimes do conflate — that we make decisions within a populist framework that is better for everyone.”

To watch all of “Deep Dive” go to Fox Nation and sign up today.

LIMITED TIME OFFER, GET YOUR FIRST MONTH OF FOX NATION FOR $0.99

News DSMW - June 17, 2021
0
Kelly Dodd places all the blame on reality TV rival Braunwyn Windham-Burke for their exit from "The Real Housewives of Orange County." ...

News DSMW - June 17, 2021
0
The film, premiering Friday on Disney+, is not as action-packed, epic or thinky as many recent Pixar offerings, but it’s admirably simple and has a lot of heart. ...

News DSMW - June 17, 2021
0
Not going quietly. Kelly Dodd and Braunwyn Windham-Burke both exited The Real Housewives of Orange County ahead of season 16, but the drama between the stars is continuing off camera.... ...
MORE STORIES

‘Luca’ review: Pixar makes a movie for kids instead of sad-sack...