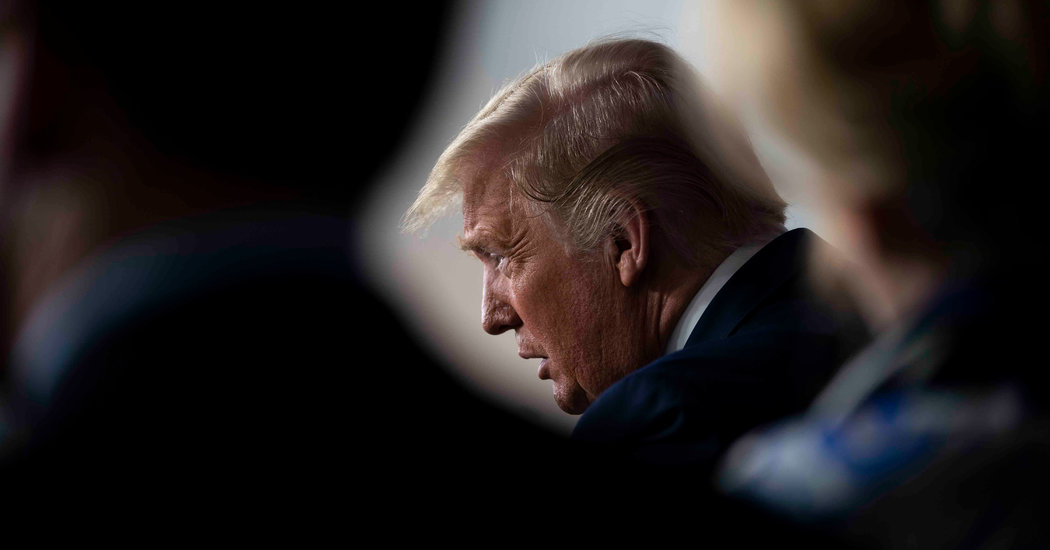 WASHINGTON — President Trump on Wednesday defended his increasingly frequent practice of calling the coronavirus the “Chinese Virus,” ignoring a growing chorus of criticism that it is racist and anti-Chinese.

“It’s not racist at all,” Mr. Trump said, explaining his rationale. “It comes from China, that’s why.”

But the term has angered Chinese officials and a wide range of critics, and China experts say labeling the virus that way will only ratchet up tensions between the two countries, while resulting in the kind of xenophobia that American leaders should discourage. Asian-Americans have reported incidents of racial slurs and physical abuse because of the erroneous perception that China is the cause of the virus.

“The use of this term is not only corrosive vis-à-vis a global audience, including here at home, it is also fueling a narrative in China about a broader American hatred and fear of not just the Chinese Communist Party but of China and Chinese people in general,” said Scott Kennedy, a China expert at the Center for Strategic and International Studies.

At the White House briefing on Tuesday, Mr. Trump told reporters that he was attaching “China” to the name of the virus to combat a disinformation campaign promoted by Beijing officials that the American military was the source of the outbreak.

Then in two tweets on Wednesday morning, he pointedly referred to the “Chinese Virus.” When he was asked about the term during another appearance at the daily White House coronavirus briefing later in the day, he insisted that he was simply pointing out a fact: that the illness was first detected in China.

Public health officials have tried to avoid names that might result in discriminatory behavior against places or ethnic groups since releasing more stringent guidelines for naming viruses in 2015. But after the briefing, the White House on Twitter criticized what it called “the media’s fake outrage,” pointing to other illnesses that had been named after places, including the Ebola virus and the West Nile virus.

Mr. Kennedy said that past language used by Mr. Trump and his administration had eliminated any benefit of the doubt. “Given the Trump administration’s long record of statements and actions on immigration, immigrants and issues of race,” he said, “use of this term can’t but be interpreted as xenophobic and tinged with racist overtones.”

At Wednesday’s briefing, a reporter also asked the president what he thought of an unnamed White House official referring to the coronavirus as the “Kung Flu.” Mr. Trump skirted that question before asserting that the Chinese “probably would agree” with the coronavirus as the “Chinese” virus, though Chinese officials have made it clear they do not.

Medical historians and public health experts — including some in Mr. Trump’s administration — have emphasized that pandemics have no ethnicity and stressed that associating them with an ethnic group can lead to discrimination.

But since the beginning of the outbreak in Wuhan, Mr. Trump has repeatedly signaled in his public remarks that he viewed the virus as a foreign threat, and has repeatedly highlighted his early decision to close American borders to Chinese travelers.

“We closed it down to China, the source, very, very early,” Mr. Trump said to reporters on Tuesday. “Far earlier than even the great professionals wanted to do. And I think, in the end, that’s going to be — that will have saved a tremendous number of lives.”

But Yanzhong Huang, a senior fellow for global health at the Council on Foreign Relations, said Mr. Trump’s travel measures fell far short of a comprehensive approach that would include testing and quarantines, and overall were “too little, too late.”

The virus most likely emerged in China in November or December, and it is clear that some travelers from China were already spreading the virus within the United States in January, before the restrictions went into place at the beginning of February, Mr. Huang said.

Still, since the beginning of the outbreak, Mr. Trump and high-ranking administration officials have sought to pinpoint blame for the spread of the virus on China, and Beijing has responded in kind. The finger-pointing over which country has done less to contain the disease has caused tensions between the two nations almost daily.

On Tuesday, the Chinese government announced that it would be expelling journalists from major news outlets, including The New York Times, in a response to the Trump administration’s decision to limit the number of Chinese citizens working in the United States for five propaganda outlets.

And last week, Zhao Lijian, a Chinese Foreign Ministry spokesman, shared the conspiracy theory that the United States was behind the virus. “It might be US army who brought the epidemic to Wuhan,” he said on Twitter. “Be transparent! Make public your data! US owe us an explanation!”

The darker turn in U.S.-China relations has spilled out into public spats and private mistrust. While both countries have said that the trade deal they signed in January remains on track, American officials have blamed China for mishandling the coronavirus epidemic, as well as for withholding exports of face masks and other protective medical equipment.

And within the Trump administration, some officials who are China hawks have privately discussed a theory that the virus emerged not from a food market in Wuhan, as many news media reports have said, but from a nearby Chinese government laboratory, where virologists were carrying out research.

That theory has been discussed on Fox News by Senator Tom Cotton, Republican of Arkansas, an ally of Mr. Trump’s.

Charlie Woo, the chief executive of Megatoys and the public policy committee chairman of the Committee of 100, an organization of prominent Chinese-Americans, said the administration’s language was dividing the public during a national emergency.

“This crisis requires science, facts and clear language, not fear-mongering, finger-pointing and xenophobia by our public servants,” Mr. Woo said in a statement. “We face a global pandemic that calls for a truly global, unified response. Attempts to ascribe the virus to one culture, ethnicity or country can only hinder this effort, alienating people who could instead collaborate and support one another.”

Characteristically defiant in the face of criticism, the president’s allies joined him on Wednesday in defending his references to a Chinese virus.

Kellyanne Conway, the counselor to the president, said that Mr. Trump was just trying to be accurate. “I think what the president is saying is that is where it was first started,” she told reporters in the White House driveway.

Senator Charles E. Grassley, Republican of Iowa, said on Twitter that “I don’t understand why China gets upset bc we refer to the virus that originated there the ‘Chinese virus’ Spain never got upset when we referred to the Spanish flu in 1918&1919.”

The phrase “Spanish flu” is itself a misnomer: The Centers for Disease Control and Prevention say experts are still not sure where the disease originated.

Perhaps no administration official has been as consistent in connecting the virus to China as Secretary of State Mike Pompeo. In a press briefing on Tuesday, Mr. Pompeo six times referred to the coronavirus as the “Wuhan virus,” after the city that was the epicenter of the virus in China.

Even as he said that “now is not the time for recrimination,” Mr. Pompeo also again accused China of initially playing down the threat posed by what is now a pandemic.

“We know this much: We know that the first government to be aware of the Wuhan virus was the Chinese government,” Mr. Pompeo said. “That imposes a special responsibility to raise the flag, to say: ‘We have a problem. This is different and unique and presents risk.’ And it took an awful long time for the world to become aware of this risk that was sitting there, residing inside of China.”

“The Chinese Communist Party had a responsibility to do this — not only for Americans and Italians and South Koreans and Iranians who are now suffering, but for their own people as well,” Mr. Pompeo said.

Mr. Pompeo said the expulsions were just the latest example of how China wants to “deny the world the capacity to know what’s really going on inside of their country.”

Government officials in China have publicly cast doubt on whether the coronavirus originated in Wuhan, as health authorities believe.

But a senior State Department official said on Wednesday that President Xi Jinping of China in early January repeatedly referred to the coronavirus as the “Wuhan” illness, and that many Chinese citizens still do.