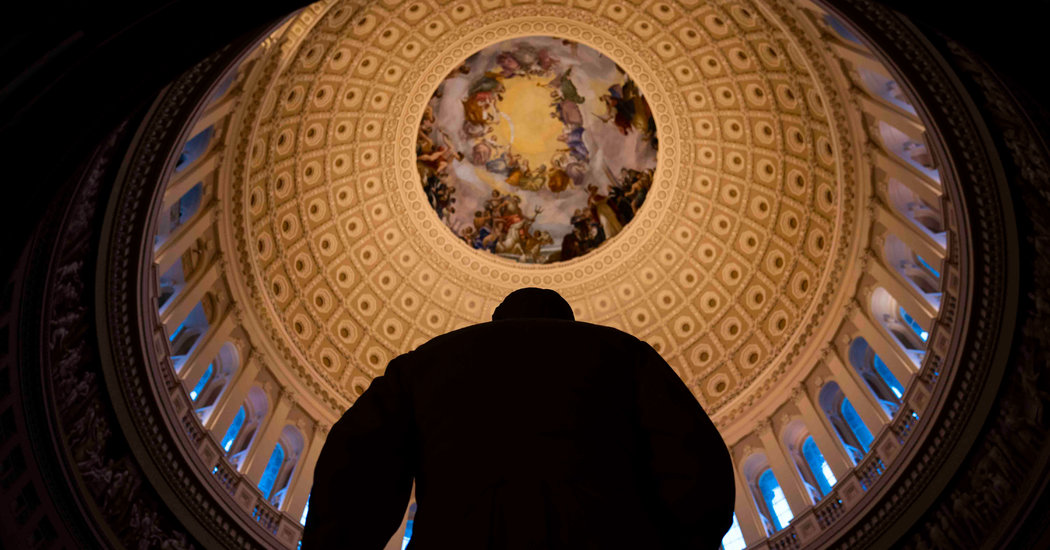 “I NEVER told John Bolton that the aid to Ukraine was tied to investigations into Democrats, including the Bidens,” President Trump wrote just after midnight, referring to a widely debunked theory that the president had pursued about former Vice President Joseph R. Biden Jr. and his son Hunter.

In an unpublished manuscript of his upcoming book, Mr. Bolton described the White House decision to withhold military aid from Ukraine until he left the White House in September. As national security adviser, Mr. Bolton would have been involved in many of the high-level discussions about Ukraine.

The news of John R. Bolton’s account describing how President Trump tied aid for Ukraine to investigations into the Bidens, given in an unpublished book, first reported by The New York Times, could hardly come at a worse time for Mr. Trump, just as his lawyers have opened his defense on the Senate floor.

Senators will decide, probably by the end of the week, whether to call witnesses like Mr. Bolton. Until now, Mr. Trump seemed assured not only of acquittal but appeared likely to fend off the testimony of any more witnesses.

When Mr. Trump’s lawyers address the Senate Monday afternoon, they will face the challenge of explaining how his own former top aide says the president did exactly what they say he did not do — or trying to ignore it altogether.

The White House legal team will resume its opening arguments at 1 p.m. at the impeachment trial on Monday in dramatically new circumstances, with calls intensifying for the Senate to hear from witnesses after new revelations surfaced from John R. Bolton, President Trump’s former national security adviser.

The Times reported on Sunday that in drafts of an unpublished manuscript, Mr. Bolton recounts a conversation with the president in August in which Mr. Trump said he preferred not to unfreeze $391 million in security assistance to Ukraine unless officials there helped with investigations he sought into Democrats. That account directly contradicts two key components of the president’s impeachment defense: that the decision to freeze the aid was independent from his requests that Ukraine announce politically motivated investigations, and that Democrats had only “presumption” and hearsay to prove otherwise.

House Democratic managers said in a statement on Sunday night that “there can be no doubt now” that Mr. Bolton must be called as a witness. But the few Republicans who have indicated an openness to hearing from witnesses, such as Senator Susan Collins of Maine, had yet to respond to reports of the book. By Monday morning, some Republican senators had contacted the White House to inquire about who had visibility into the manuscript as the Senate trial unfolded a week earlier.

Mr. Trump pushed back on Mr. Bolton’s claims early Monday morning on Twitter, saying that his former adviser “never complained about this at the time of his very public termination,” and that Mr. Bolton was looking to sell books.

“I NEVER told John Bolton that the aid to Ukraine was tied to investigations into Democrats, including the Bidens,” Mr. Trump wrote just after midnight.

The White House lawyers will open their first extended day of arguments in the trial at 1 p.m., when they will expand on points they introduced in a brief two-hour session on Saturday. They have around 22 hours of time allotted to them on Monday and Tuesday to counter the House Democratic managers, but are not expected to use all of it.