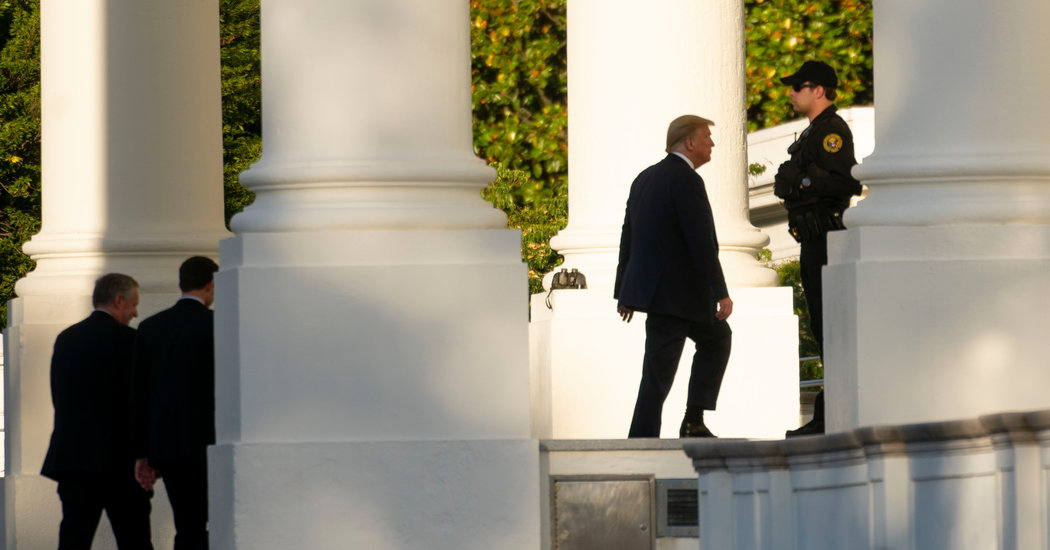 WASHINGTON — President Trump on Wednesday first denied and then acknowledged that he had gone to a secure bunker in the White House over the weekend as protesters demonstrated nearby but said he went there for an “inspection,” not because of concerns over his safety.

“Well, it was a false report,” Mr. Trump said during an interview with Brian Kilmeade of Fox News Radio, who had asked if he had been brought to the bunker along with his family as protests continued.

But then Mr. Trump reversed himself, and said he had gone to the bunker with a group of people he could not name. “I wasn’t down — I went down during the day, and I was there for a tiny little short period of time, and it was much more for an inspection, there was no problem during the day.”

Mr. Trump did not say which day he had been taken to the bunker, but added that he had be there “two, two and a half” times before because he had “done different things” related to inspecting the bunker.

The president’s account was contradicted by a person with firsthand knowledge who told The New York Times that on Friday night, Secret Service agents nervous for his safety abruptly rushed him to an underground bunker used in the past during terrorist attacks.

A second official familiar with the events said the agents acted after the White House’s security status was changes to “red” amid the protests, a warning of a heightened threat. Officials said the president was never really in danger, but that he and his family were rattled by the sometimes violent protests near the White House.

Mr. Trump’s concern over the perception that he was hiding prompted him on Monday to tell his staff that he wanted to take some kind of action to address that impression. After a discussion over whether to send the military into American cities, he decided instead to walk across Lafayette Square to a church damaged by fire the night before, but not before law enforcement officers used-riot control tactics, including pepper spray and other chemical irritants, dispersed a crowd of demonstrators to clear his path.

In the interview, Mr. Trump covered a range of other topics. Here are some of the other things the president said in the interview:

At two points, Mr. Kilmeade tried to usher Mr. Trump off the phone, finally closing out the interview with “enjoy the rest of your day and all your meetings.”