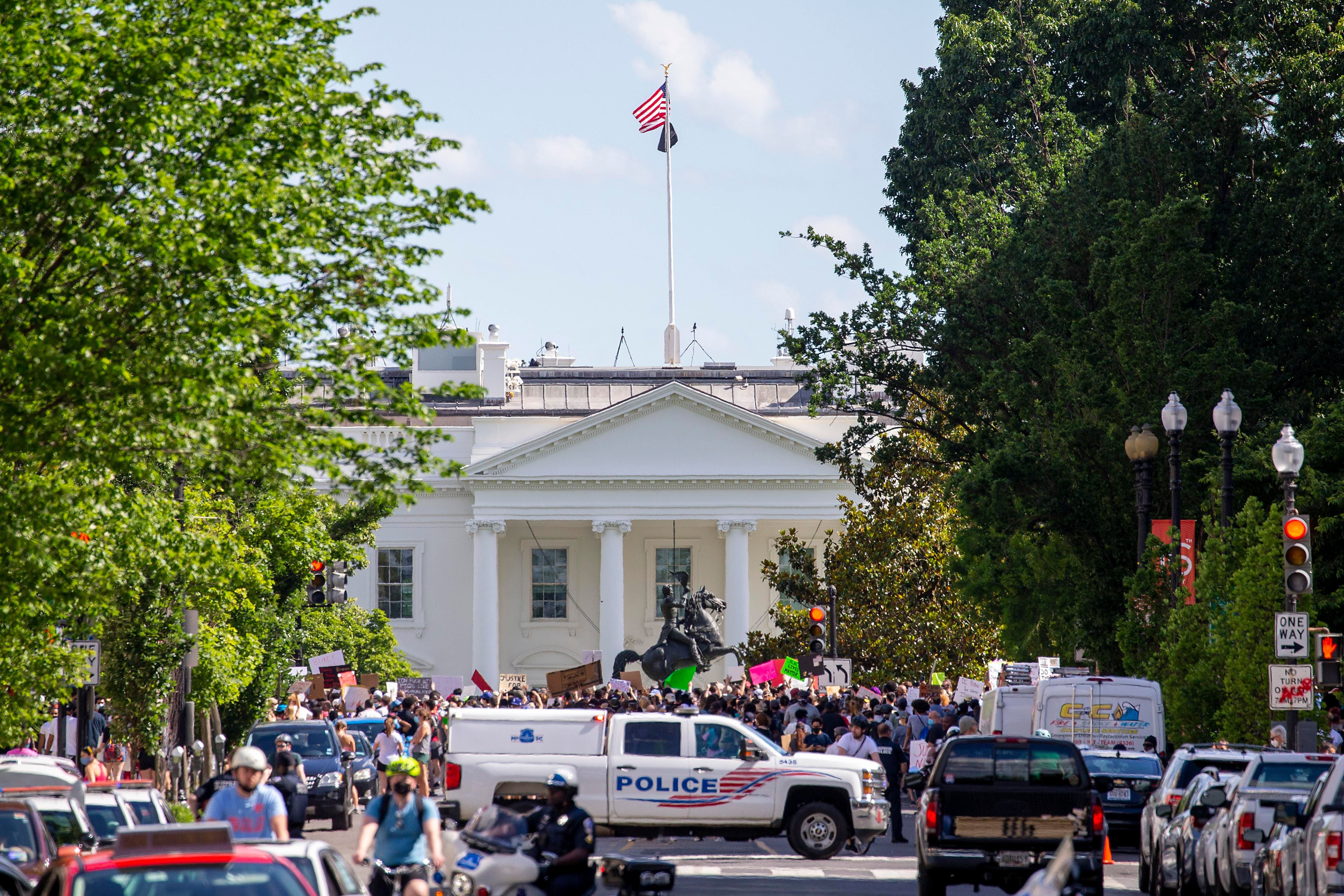 President Donald Trump was reportedly taken by the Secret Service to an underground bunker beneath the White House that’s intended to defend against terrorist attacks as protesters gathered outside the White House, according to a report in The New York Times. 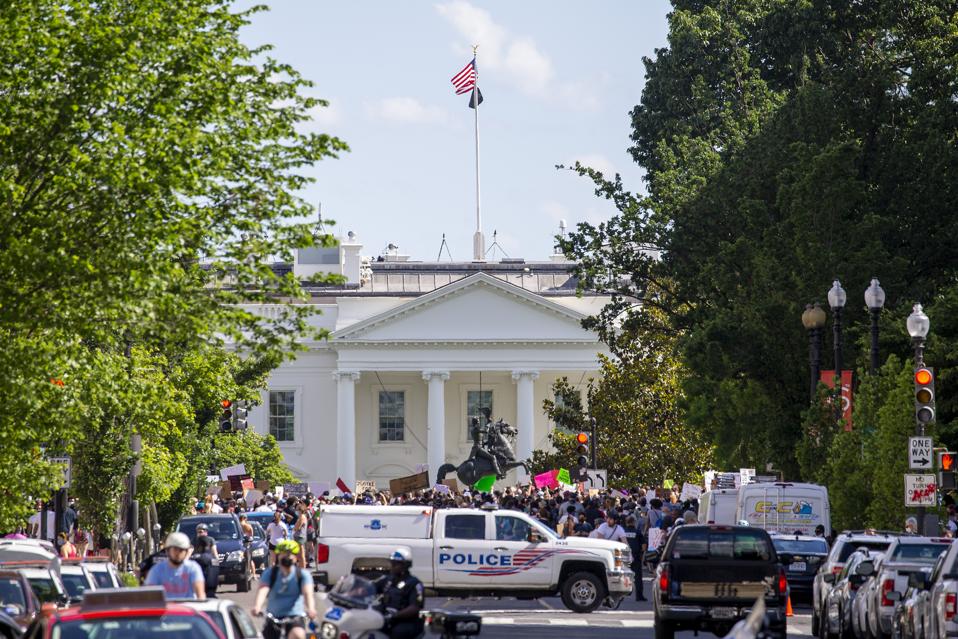 WASHINGTON, DC – MAY 31: Protesters gather at Lafayette Square Park outside the White House on May … [+] 31, 2020 in Washington, DC. Across the country, protests were set off by the recent death of George Floyd in Minneapolis, Minnesota while in police custody, the most recent in a series of deaths of black Americans by the police. Minneapolis police officer Derek Chauvin was taken into custody and charged with third-degree murder and manslaughter. (Photo by Tasos Katopodis/Getty Images)

The Times said Secret Service was nervous about Trump’s safety Friday night and was taken to the bunker by Secret Service agents as protesters clashed with police near the White House.

The report doesn’t mention whether Trump used the bunker on Saturday, which was the most violent night of demonstrations so far, or whether he plans to use it Sunday, with protesters gathering near the White House Sunday evening.

Trump over the past few days has taken to Twitter to denounce a law enforcement response he felt hasn’t been strong enough, especially criticizing local Democratic leadership across the country and suggesting the military may need to be called in to deal with rioting.

Unlike Trump, former Vice President and presumptive Democratic presidential nominee Joe Biden ventured out Sunday—a rarity for him during the coronavirus pandemic—visiting what was the site of protests and rioting Saturday night in his hometown of Wilmington, Delaware.

Former Vice President Dick Cheney notably used the bunker during the terrorist attacks of Sept. 11, 2001, when it was feared that a hijacked plane might be headed for the White House.

Sunday was the seventh day of widespread protests following the death of George Floyd, an unarmed black man who died after white Minneapolis police officer Derek Chauvin held his knee to Floyd’s neck for eight minutes and 46 seconds, which was captured on video.

Chauvin has since been arrested and charged with third-degree murder, as well as manslaughter, but many demonstrators are vowing to continue their protests until the three other officers are charged. While those protests were peaceful for much of the week, scenes turned violent in cities across the country on Saturday night in what historian Douglas Brinkley said were the most widespread riots “since the assassination of Martin Luther King. Jr. in 1968.” Several states called in their National Guards as tensions became out of hand between protestors and police forces, which have become increasingly aggressive when dealing with protesters. In several cases, journalists covering the protests have been hit with tear gas or rubber bullets.

Organizers have decried how protests have turned riotous, saying that looters and vandals among their ranks were being “opportunists.” Rep. John Lewis (D-GA), who at 80 years old is perhaps the most well-known living civil rights icon, also spoke out against the violent scenes, tweeting Saturday evening that “Rioting, looting, and burning is not the way.”

As Protests and Violence Spill Over, Trump Shrinks Back (The New York Times)