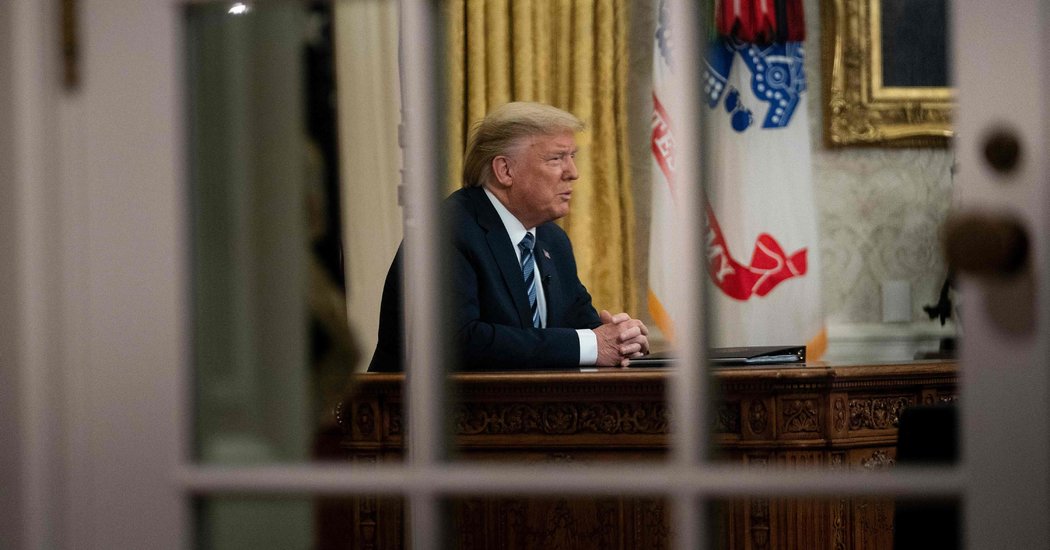 President Trump, the first self-proclaimed billionaire to occupy the White House, has long asserted that he is one of the world’s best businessmen and investors.

But these days, as stocks tumble because of the coronavirus outbreak, he’s losing money like everyone else.

Mr. Trump doesn’t have a lot of his wealth in the stock or bond markets. What money he does have invested there — scattered across two dozen stock and bond funds — appears to be performing no better than the S&P 500 during this year’s financial crash.

The S&P 500, which recently entered a so-called bear market, has lost about 16 percent of its value this year as investors brace for a global economic downturn. Mr. Trump’s investments, concentrated in mutual funds and exchange-traded funds, appear to be down between 15 percent and 16 percent, according to a New York Times analysis of his most recent financial disclosure form and performance data from Morningstar and the funds’ websites.

Before Mr. Trump became president, his investment accounts at Deutsche Bank and Barclays were stuffed with blue-chip stocks, which have been decimated this year. When he closed those accounts, his only exposure to the stock and bond markets was through three family trusts. The investments in those trusts are managed by an outside trustee, not by Mr. Trump.

Mr. Trump’s last financial disclosure form was filed in May. The form listed the specific funds in which the three Trump trusts had money, but it provides only ranges of the amount invested in each fund, not precise values. It’s possible that money has been added or withdrawn from those accounts since then.

The White House didn’t respond to a request for comment.

Before the S&P 500 soared more than 9 percent on Friday, as Mr. Trump declared a national emergency because of the coronavirus, his investments were slightly beating the broader market. They were down between 18 percent and 21 percent for the year, while the S&P 500 was down 23 percent.

In any case, there is nothing to suggest that Mr. Trump has figured out how to beat the markets. “Stock Market starting to look very good to me!” he wrote on Twitter on Feb. 24. Since then, the S&P has fallen 16 percent.