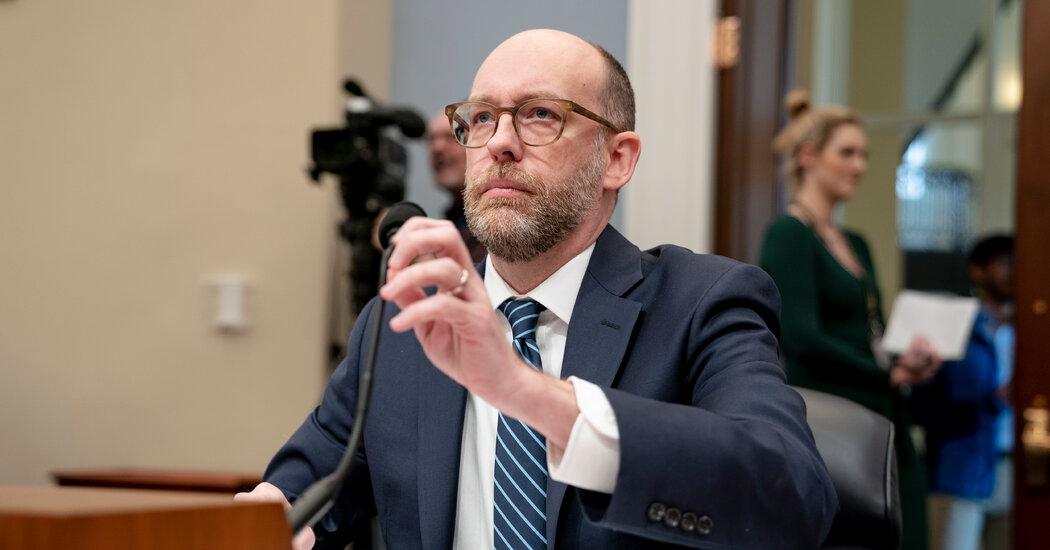 President Trump has directed administration officials to make significant changes to sensitivity training sessions across the government, calling such efforts that often focus on promoting awareness of racism “divisive” and “un-American propaganda.”

The directive was laid out on Friday afternoon in a memo from the director of the Office of Management and Budget, Russell T. Vought, to executive branch agency heads.

The brief memo — which repeatedly referred to “press reports,” not government documents — tells the agencies to “begin to identify all contracts or other agency spending related to any training on ‘critical race theory,’ ‘white privilege,’ or any other training or propaganda effort that teaches or suggests either (1) that the United States is an inherently racist or evil country or (2) that any race or ethnicity is inherently racist or evil.”

The memo comes at a time of a national discussion about race, in which Mr. Trump has been firmly against systemic changes in policing and government.

The president has been a vocal opponent of the Black Lives Matter protests against police brutality that have been held across the nation since late May, calling the movement a “symbol of hate.” He has criticized so-called cancel culture, defended the Confederate flag and military bases named for Confederate generals, and accused people of trying to “erase” American history.

“It has come to the president’s attention that executive branch agencies have spent millions of taxpayer dollars to date ‘training’ government workers to believe divisive, anti-American propaganda,” Mr. Vought wrote.

“For example, according to press reports, employees across the executive branch have been required to attend trainings where they are told that ‘virtually all white people contribute to racism’ or where they are required to say that they ‘benefit from racism,’” he wrote.

Again, citing news reports, Mr. Vought said that some of the training sessions had “further claimed that there is racism embedded in the belief that America is the land of opportunity or the belief that the most qualified person should receive a job.”

“These types of ‘trainings’ not only run counter to the fundamental beliefs for which our nation has stood since its inception, but they also engender division and resentment within the federal work force,” Mr. Vought wrote.

He said that Mr. Trump had directed him “to ensure that federal agencies cease and desist from using taxpayer dollars to fund these divisive, un-American propaganda training sessions.”

Additional guidance on the president’s directive will be issued soon, Mr. Vought said.

Officials declined to say what prompted the memo or which “press reports” Mr. Vought was referring to.

But on Fox News, which the president digests with gusto despite criticizing its content, there have been segments denigrating the type of training sessions that the memo focuses on.