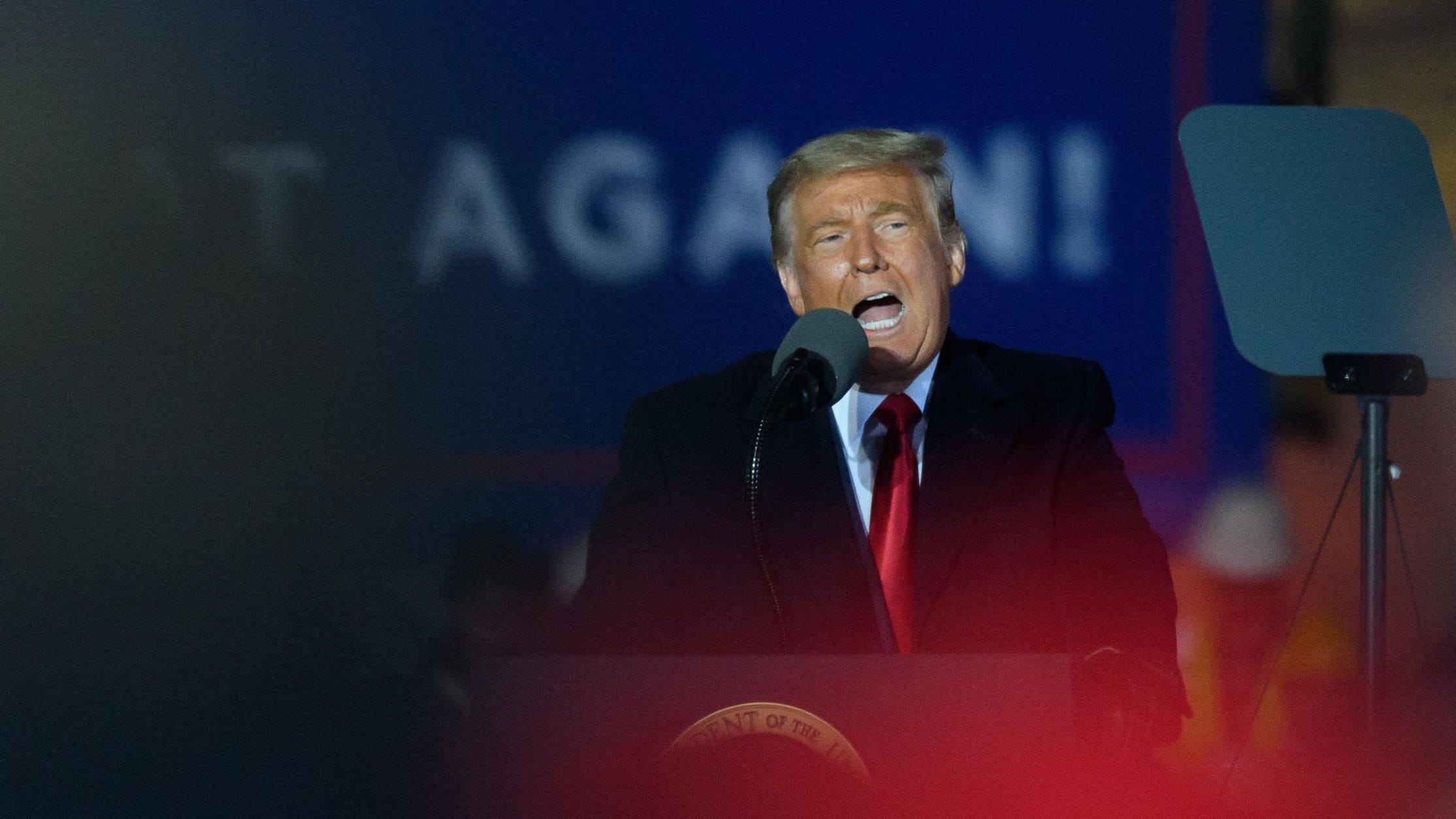 President Donald Trump on Saturday offered praise to a group of pro-Trump pickup truck drivers in Texas who surrounded and slowed a Biden campaign bus and who the Biden campaign accused of trying to run it “off the road,” underscoring allegations that Trump encourages his supporters to act violently. 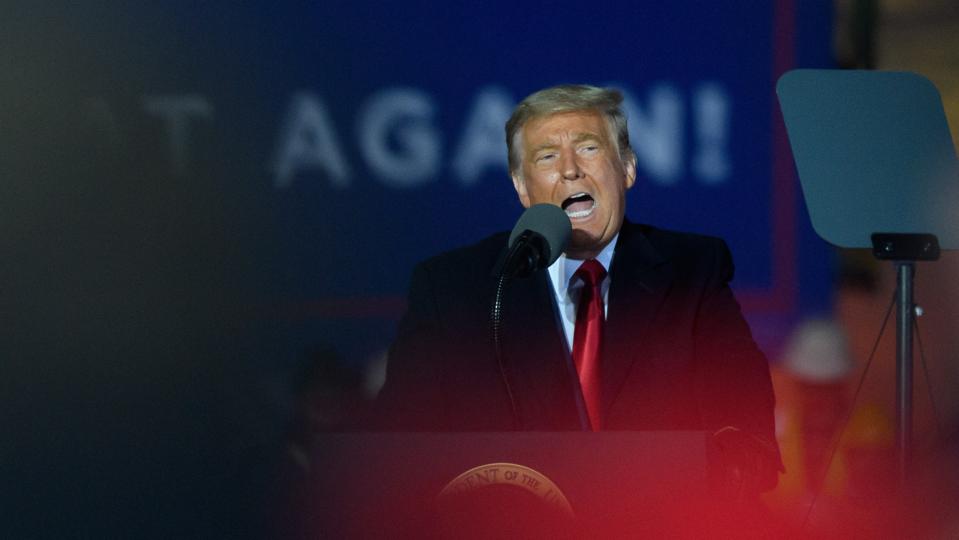 BUTLER, PA – OCTOBER 31: President Donald Trump speaks to supporters at a campaign rally at … [+] Pittsburgh-Butler Regional Airport on October 31, 2020 in Butler, Pennsylvania. Donald Trump is crossing the crucial state of Pennsylvania in the last few days of campaigning before Americans go to the polls on November 3rd to vote. Trump is currently trailing his opponent Joe Biden in most national polls. (Photo by Jeff Swensen/Getty Images)

“I LOVE TEXAS!” Trump tweeted, along with a video of a dozen pickup trucks, sporting American and pro-Trump flags, following a Biden-Harris campaign bus on a highway in Texas.

The scene appeared to show the same incident chronicled in other videos posted to social media on Friday and Saturday showing the trucks following the bus and, in one case, ramming a white SUV accompanying it.

A Biden campaign spokesperson told Forbes the pickups “attempted to slow the bus down and run it off the road,” and that the campaign called law enforcement to escort the bus to safety and offload passengers, which included U.S. House candidate and former Texas legislator Wendy Davis.

The incident came after Trump’s son Donald Trump Jr. told supporters to give Democratic vice presidential candidate Kamala Harris, who visited Texas on Friday, a “nice Trump Train welcome” to “show them how strong Texas still is as Trump country.”

The Biden campaign told Forbes it canceled a planned event at the Texas AFL-CIO out of an “abundance of caution,” while Texas state legislator Sheryl Cole said a joint event with the campaign and the Austin Young Democrats was called off for “security reasons.”

The Texas Tribune reported that Texas GOP Chairman Allen West “dismissed questions regarding the incident,” telling them “It is more fake news and propaganda. Prepare to lose… stop bothering me.”

The White House referred Forbes to the Trump campaign, which did not respond to several requests for comment, nor did a local Trump Train organizer.

Democratic vice presidential candidate Kamala Harris – who was not on the bus – made three stops in Texas the same day the incident occurred and was met by Trump supporters during her visit. Former Rep. Beto O’Rourke of Texas, who campaigned with Harris, was also heckled by Trump supporters, who he called “a––holes with their louds horns.”

Conservatives took to social media Saturday to dispute the Biden campaign’s interpretation of incidents, noting that some videos show the white SUV and bus driving between lanes – although the trucks appear to be attempting to box the bus in as the white SUV tries to stay on its tail. Hays County Sheriff Gary Cutler, a Republican running for reelection, told the Tribune the Biden campaign did not give advanced notification of its trip, adding “The planning of this was questionable.”

“There’s a Biden bus and it’s surrounded by pickup trucks on a highway all with Trump signs,” Fox News anchor Jeanine Pirro said of the incident. “I mean it’s just ordinary Americans taking this election into their own hands and getting out there and being real clear on what they stand for.”

“The words of a president matter. And time and time again, Donald Trump has callously used his to incite violence, stoke the flames of hatred and division, and drive us further apart,” Biden tweeted on Saturday, after Trump praised the drivers. “It’s time for it to end.”

1 point. That’s the size of Trump’s lead in Texas in the FiveThirtyEight polling average. The state has been hotly competitive this year, despite Trump winning it by 9 points in 2016, with the Biden campaign sending Harris, as well as Jill Biden and Harris’ husband Doug Emhoff, to campaign there.

The incident is being investigated by the Federal Bureau of Investigation, the Tribune reported.