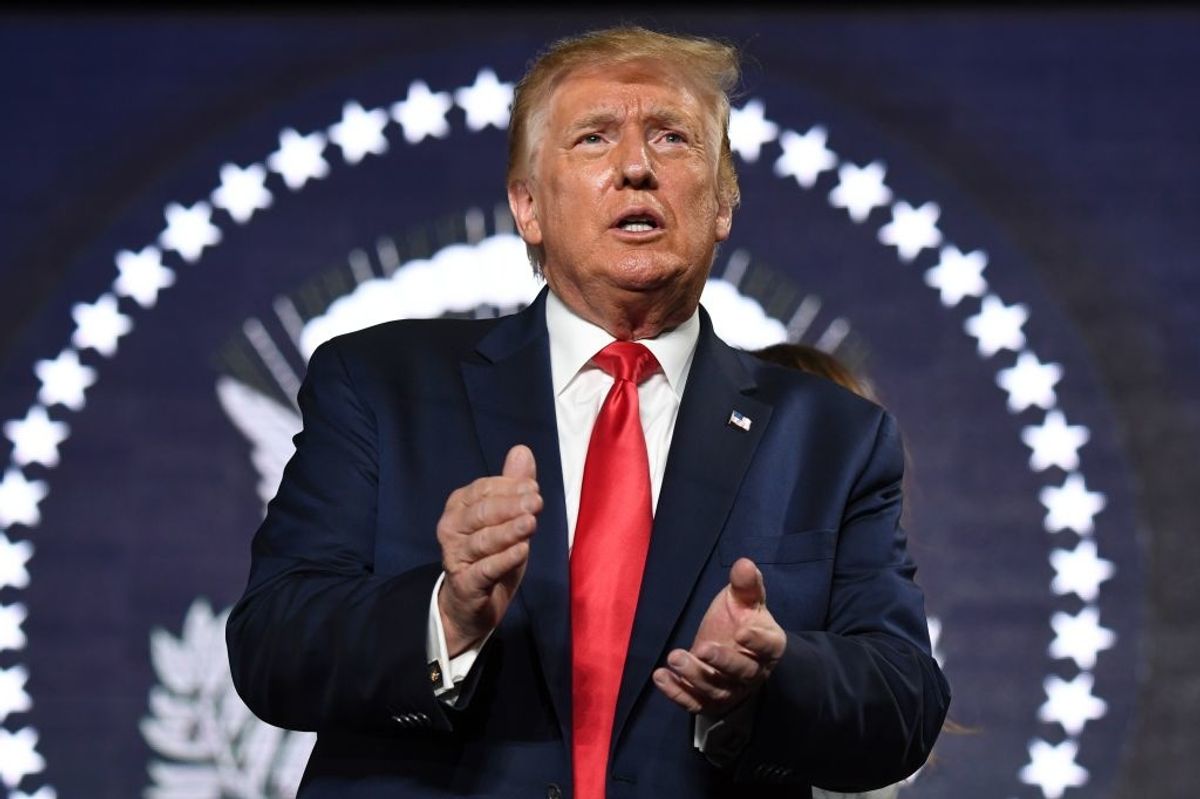 President Trump issued an executive order Friday for the creation of a “National Garden of American Heroes” that will commemorate prominent Americans with statues and memorials.

The president made the announcement during a speech at Mount Rushmore Friday in which he railed against left-wing activists who have been calling for the removal of American statues and monuments in the wake of George Floyd’s death.

“Statues are silent teachers in solid form of stone and metal,” the executive order reads. “[They] call forth gratitude for the accomplishments and sacrifices of our exceptional fellow citizens who, despite their flaws, placed their virtues, their talents, and their lives in the service of our Nation … In preserving them, we show reverence for our past, we dignify our present, and we inspire those who are to come. To build a monument is to ratify our shared national project.”

“To destroy a monument is to desecrate our common inheritance,” the order continues. “My Administration will not abide an assault on our collective national memory. In the face of such acts of destruction, it is our responsibility as Americans to stand strong against this violence, and to peacefully transmit our great national story to future generations through newly commissioned monuments to American heroes.”

The order establishes and commissions the Interagency Task Force for Building and Rebuilding Monuments to American Heroes to begin work on the project with funding from the Department of the Interior. The task force will be required to submit proposals to the president for the establishing of the park within 60 days.

The garden is expected to be open for public access by no later than “the 250th anniversary of the proclamation of the Declaration of Independence on July 4, 2026.” A location for the park is still to be determined by the task force.

Statues and monuments of historical figures have been the target of “cancel culture” antagonism in America as racial tensions have boiled over in recent weeks. But the president has been vehemently opposed to the destruction of such sites and last week signed an executive order to punish the vandalism or destruction of monuments, memorials, and statues by up to 10 years in prison.