President Trump on Sunday announced that the US would be designating ‘Antifa’ a terrorist organization, but the movement, which Trump has commonly targeted during times of civil unrest, is not easily defined. 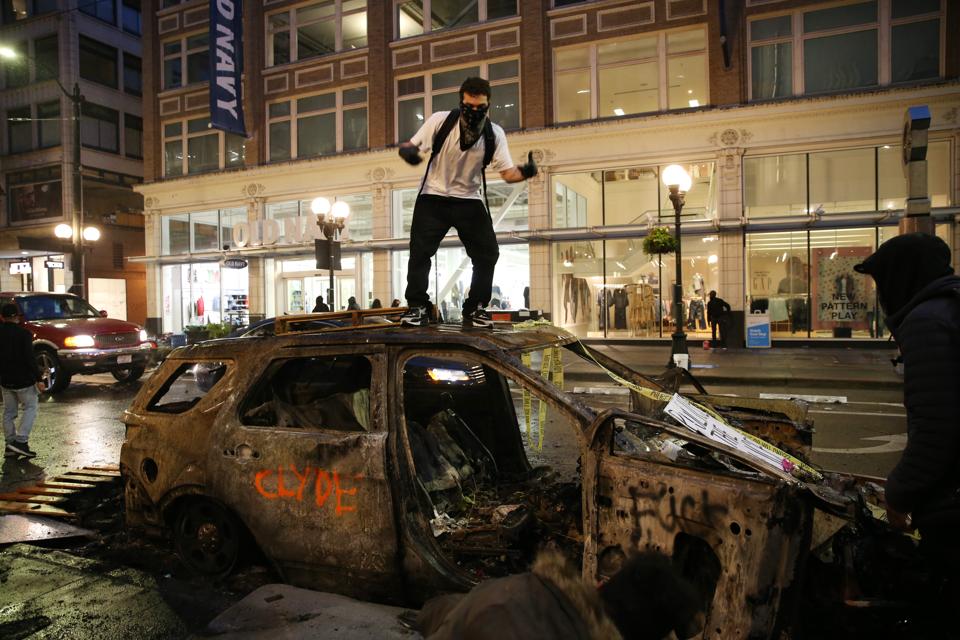 SEATTLE, WA – MAY 30: Protesters riot in the streets following a peaceful rally expressing outrage … [+] over the death of George Floyd on May 30, 2020 in Seattle, Washington. Protests have erupted nationwide after Floyd died while in the custody of police in Minneapolis. (Photo by Karen Ducey/Getty Images)

“The United States of America will be designating ANTIFA as a Terrorist Organization,” Trump tweeted.