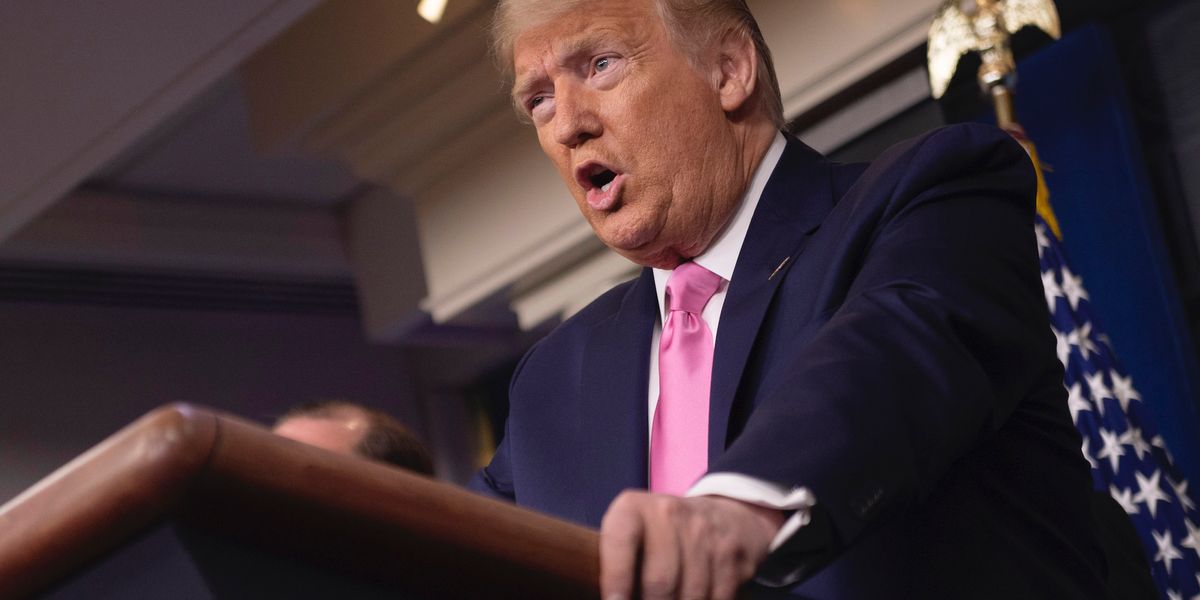 President Donald Trump addressed a steep decline in the Dow Jones industrial average during a media briefing on the coronavirus on Wednesday, and blamed Democratic candidates.

“Are you suggesting that was overblown, or are financial markets overreacting here,” asked a reporter.

“I think the financial markets are very upset when they look at the Democratic candidates standing on that stage, making fools out of themselves,” responded Trump.

“And they say to themselves, if we ever have a president like this, and there’s always a possibility, you know, it’s an election, who knows what happens,” he continued.

The Dow Jones shed more than two thousand points since Monday, which most analysts attributed to concerns of the virus affecting companies and workers abroad and threatening global supply chains.

Charles Payne, an analyst at Fox News Business, also claimed that the sell off could be partially attributed to fears from financial markets that Sanders would take the Democratic nomination and get closer to implementing socialist economic politics.