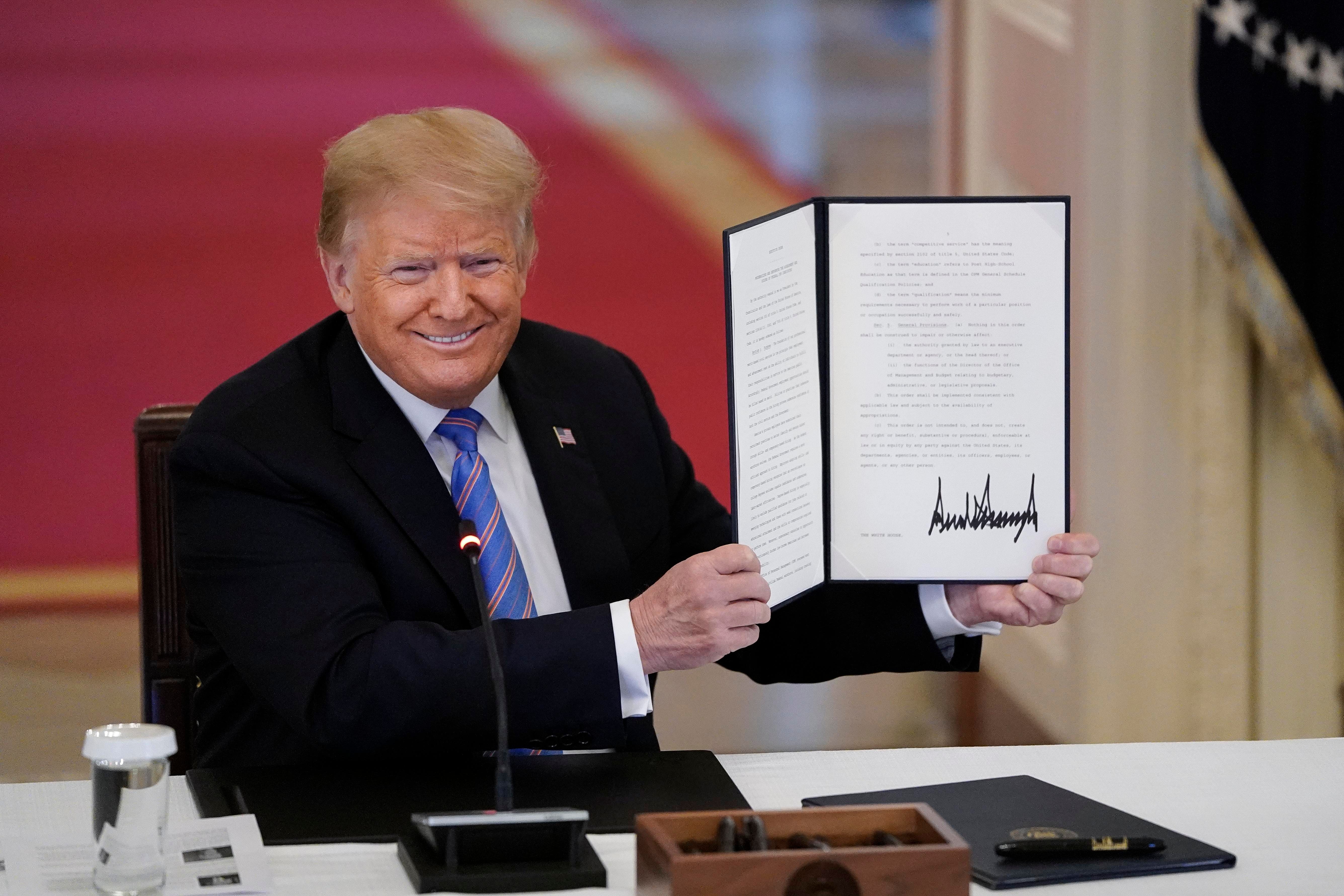 President Trump on Monday signed an executive order to establish a 1776 Commission to advise the president on how America’s founding story should be taught in schools, an effort that was criticized by some historians and educators when he first addressed it in a speech responding to the 1619 Project and other efforts to change how American history is taught. 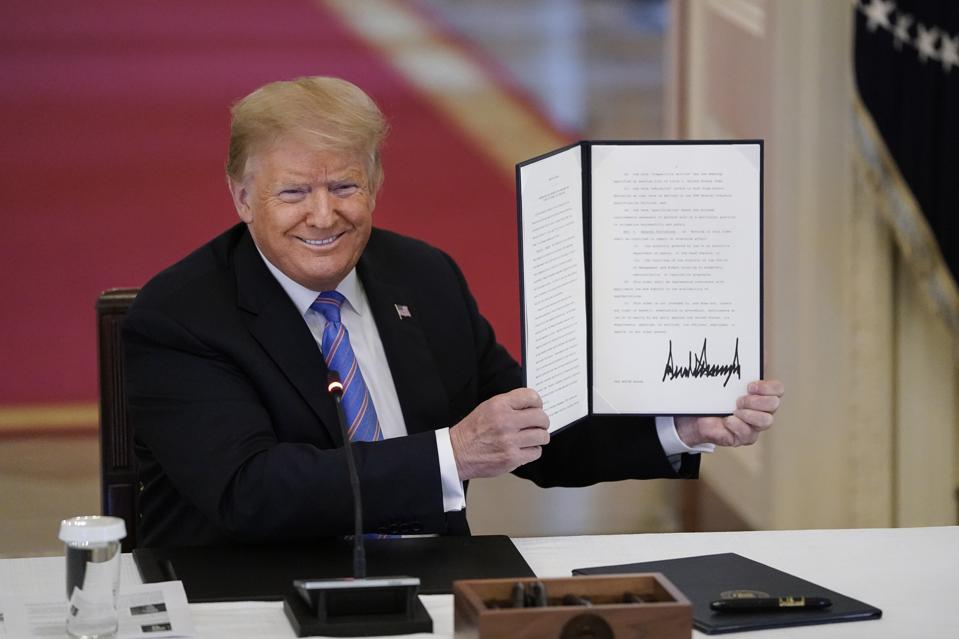 President Trump holds a signed executive order at the White House on June 26.

The executive order establishes a 20-person 1776 Commission under the Department of Education which will help the president promote what he calls “patriotic education.”

The commission will be responsible for tasks including delivering a report about the main principles of America’s founding story and supporting the government’s plans to celebrate the 250th anniversary of the signing of the Declaration of Independence.

The president did not mention the 1619 Project by name in his executive order, but alluded to it, writing that the “recent attacks” on the founding story have centered on race and slavery which he called “one-sided” and “divisive.”

The White House doubled down in a fact sheet about the order, claiming that “misconstrued” accounts of the nation’s founding story intend to portray America as a “systemically racist country” and that states, teachers and parents should be able to choose the curriculum.

In his speech in September, Trump used the New York Times’ 1619 Project to illustrate his belief that “the left has warped, distorted, and defiled the American story with deceptions, falsehoods, and lies,” claiming it rewrote American history.

Some educators and historians criticized Trump’s plan when he first raised it in September. William R. Ferris, a professor of history at the University of North Carolina, told the New York Times it was an example of Trump “treating historians just as he treats scientists — by disregarding our very best voices who have written on American history and race.” Instead of creating a new commission, Ferris urged Trump to request congressional aid for programs that already exist to teach American history, such as the Library of Congress and the National Archives. New York University professor Diane Silvers Ravitch, an education historian, wrote a blog post noting the federal government doesn’t have the authority to change school curriculum because it is up to the states. She claimed the president was trying to “whitewash” history.

The 1619 Project included a proposed school curriculum with lesson plans, discussion guides and recommended historical events for teaching about America’s founding story. Though Nikole Hannah-Jones, the editor of the 1619 Project, won a Pulitzer Prize, the project was criticized by some prominent historians and academics who claimed there were major factual errors.