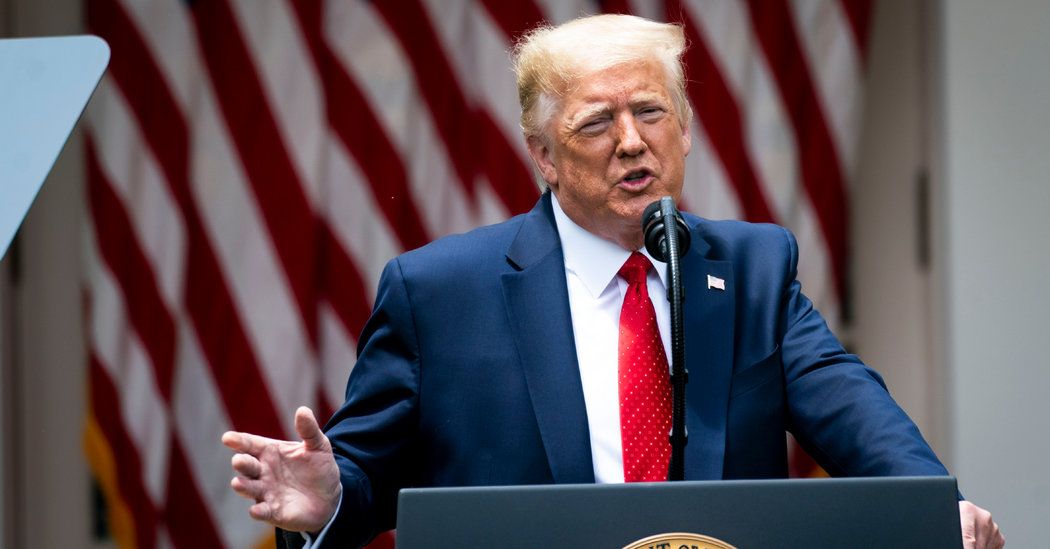 WASHINGTON — President Trump on Friday morning issued a thinly veiled threat to individuals who want to protest his campaign rally scheduled for Saturday evening in Tulsa, Okla., writing on Twitter: “Any protesters, anarchists, agitators, looters or lowlifes who are going to Oklahoma please understand, you will not be treated like you have been in New York, Seattle, or Minneapolis. It will be a much different scene!”

In his tweet, Mr. Trump drew no distinction between peaceful protesters, whose right to assemble and speak out is protected by the First Amendment, and violent looters, some of whom were responsible for vandalism and fires that broke out during mass protests where tens of thousands of people took to the streets in cities across the country to express outrage over the killing of George Floyd.

The rally in Tulsa, scheduled for the day after the Juneteenth holiday, will mark Mr. Trump’s return to the campaign trail after the coronavirus pandemic deprived him for three months of the arenas packed with die-hard fans that serve as the cornerstone of his political brand.

His return to campaign mode comes at a fraught moment in the country over race, and at a time when the number of coronavirus cases is increasing in Tulsa. The city is also the site where up to 300 people were killed during a 1921 race massacre.

Top city officials have issued warnings about the dangers of bringing together a large crowd indoors.

Tulsa’s police chief, Wendell Franklin, said earlier this week said his department was planning for “a mass amount of people that probably Tulsa has never seen before.”

On Thursday, Mayor G.T. Bynum signed an order imposing a three-night 10 p.m. curfew in the area around the BOK Center, where the rally is to be held, stating that the city was expecting crowds “in excess of 100,000 people in the vicinity of the rally.”

Mr. Bynum, a Republican mayor who is friendly with the Trump campaign, has said he is “grateful” Tulsa was chosen as the host city for Mr. Trump’s comeback rally. He said the order was put in place because he had received information that showed that “individuals from organized groups who have been involved in destructive and violent behavior” elsewhere were planning to travel to Tulsa “for purposes of causing unrest around the rally.”