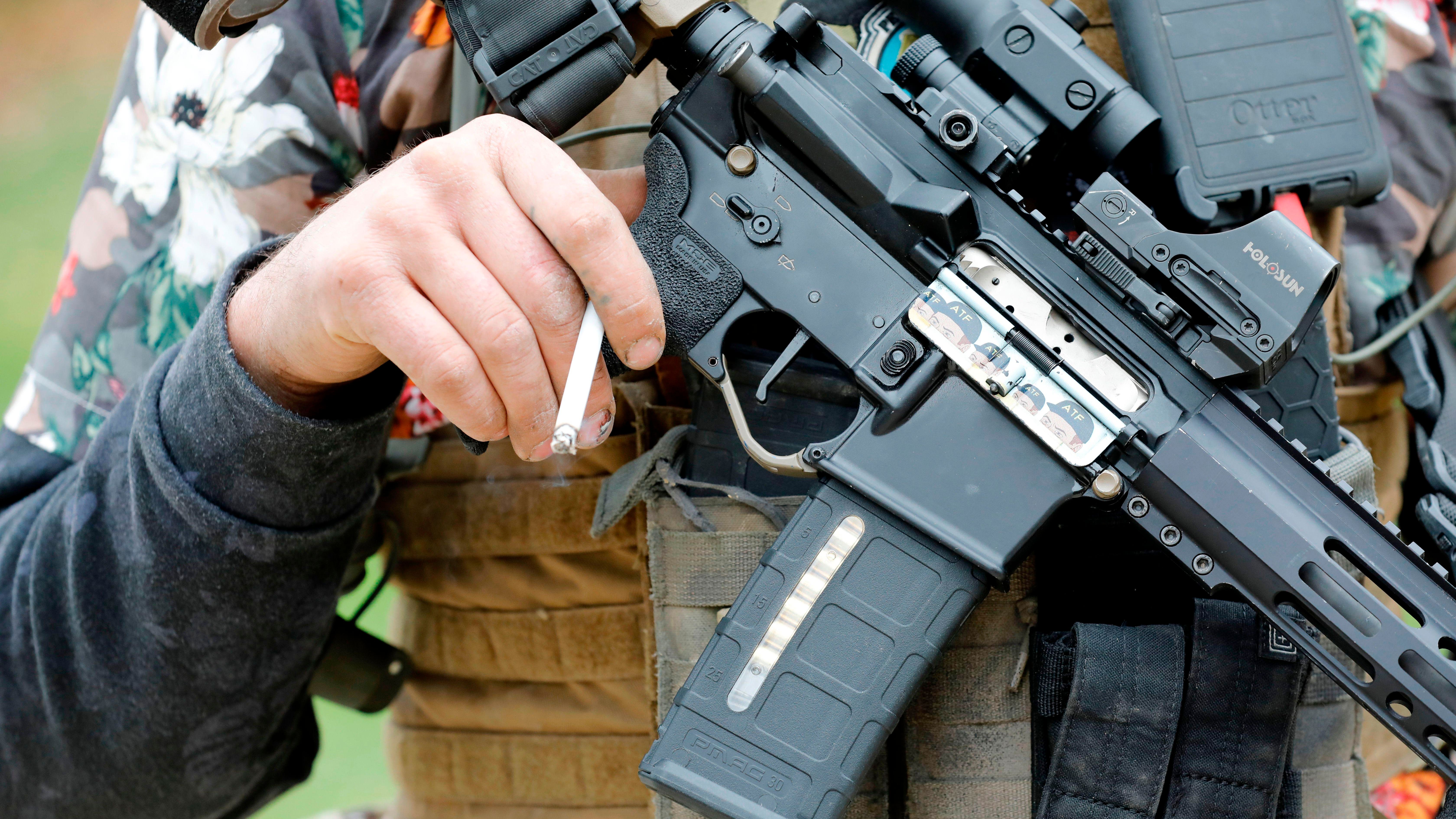 Two members of the far-right, anti-government Boogaloo Bois movement have been indicted after authorities discovered an alleged plot for the two to provide weapons to Hamas for the purpose of attacking U.S. and Israeli soldiers in the Middle East in hopes of using violence to cause a new American civil war. 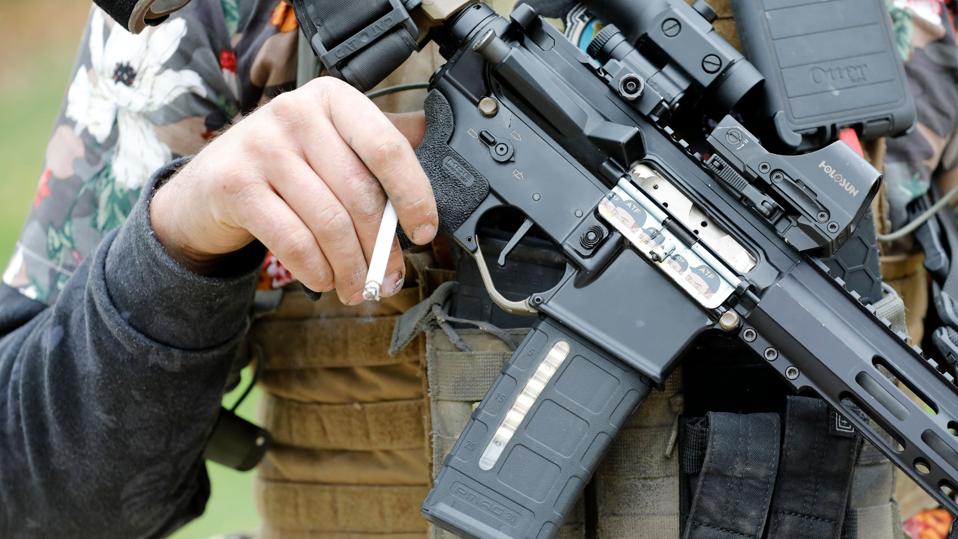 A group tied to the Boogaloo Bois holds a rally as they carry firearms (and lit cigarettes) at the … [+] Michigan State Capitol in Lansing, Michigan, on October 17, 2020.

Michael Robert Solomon, 30, and Benjamin Ryan Teeter, 22, are charged with “conspiring and attempting to provide material support to a designated foreign terrorist organization (Hamas) and firearms violations,” including the unlawful possession of a machine gun, the U.S. Department of Justice said in a news release.

According to prosecutors, the two met with an FBI informant, who they believed to be a senior member of Hamas, and arranged to have five “untraceable” firearms sent overseas for $1,800 for the purpose of attacking American and Israeli soldiers.

The two identified as members of the loosely organized Boogaloo Bois group and a subgroup called “Boojahideen,” which aims to cause a second civil war in order to overthrow the U.S. government, prosecutors said.

Both also expressed the desire to target politicians and members of the media, destroy government monuments and raid the headquarters of a white supremacist organization in North Carolina, according to prosecutors.

The U.S. Attorney for Minnesota is prosecuting the case.

After the two were arrested in September, Hamas, which is considered a terrorist group by the U.S. but not the UN, denied any affiliation with the Boogaloo Bois. “The Islamic Resistance Movement-Hamas denies knowledge of the ‘Boogaloo Bois’ group or any of its members, and denounces the U.S. administration attempt to link between the movement and any of these group members,” the group said in a statement.

The Boogaloo Bois gained widespread attention for their role in inciting riots after the killing of George Floyd in Minneapolis police custody. According to prosecutors, a witness saw Solomon in Minneapolis following Floyd’s death, openly carrying a firearm in a residential neighborhood. It was there that Solomon and Teeter also both made statements about committing violence against the police with the “stated goal of overthrowing the government and replacing its police forces.”

In what prosecutors describe as a “related case,” a grand jury has also indicted Ivan Hunter, 26, for participating in a riot. Prosecutors allege Hunter fired 13 rounds into a Minneapolis police building in the days following Floyd’s death, while shouting “Justice for Floyd!”