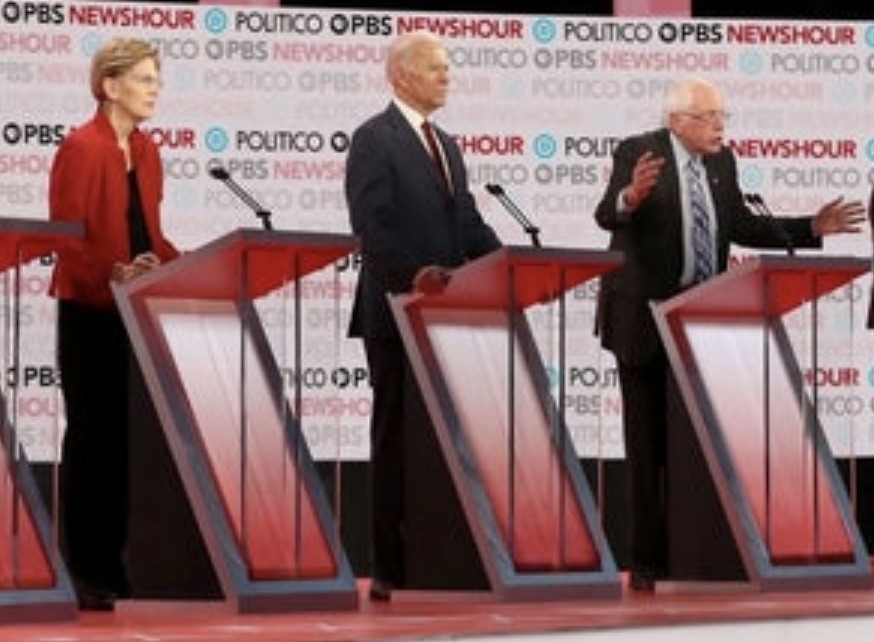 I had the honour of hosting Friday’s show, which isn’t bad for a foreigner who can’t even spell “honor”. But it came out pretty well for us. We were not only the Number Two show in cable news, but the Number Two show in all cable, just a smidgeonette behind Sean Hannity – with twice as many viewers as MSNBC’s Chris Hayes and thrice as many as CNN’s Anderson Cooper, and 600,000 more viewers than the two of them combined. Which goes to a point I made on the radio, about the Democrats’ enervated base.

Earlier today, I was back behind the Golden EIB Microphone for three hours of substitute-host-level Excellence In Broadcasting on America’s Number One radio show starting at 12 noon Eastern/9am Pacific. You can find a few moments from the show here. George Soros’ pajama boys at Media Matters didn’t care for the cut of my opening jib:

MARK STEYN (GUEST HOST): We have breaking news. Cory Booker has suspended his presidential campaign. So he’s gone. There are now no — I believe there are now no people of color left in the Democrat primary except Andrew Yang. And he’s Asian — so as we know from recent court decisions, that doesn’t count. So there are now no persons of color left on the — the Democrat primary is like one of these cheapo horror movies where all the black and minority actors get killed off first, leaving onstage the same tired old white people. Mostly septuagenarian white men, although I believe Elizabeth Warren — oh yeah, she’s still in, she’s of course officially a person of color in that she was Harvard Law School’s first woman of color. So she’s — suck it up, minorities! This is what happens when you mortgage your future to the Democrat Party!

The great repository of diversity now is Elizabeth Warren! The first woman of color. We know she’s, what is she, 1/1,054th of color? Actually, do we know she’s a woman? I mean, who’s to say that’s not all a big scam, too? And it’s just going to be a bunch of septuagenarian white guys up there, along with Mayor Pete. Do we, are we really sure he’s gay? I mean, he looks like some guy from the accountancy department. He doesn’t — that’s a very non-gay look. I don’t know.

As I’ve noted before, Mr Soros’s snowflake stenographers lack the critical-thinking skills to explain exactly why what you say is objectionable, so they just type it out in hopes that their audience will take the appropriate umbrage. The first commenter, “Woody Guthrie’s Ghost”, does his best:

Why is it that right-wingers seem to fantasize a lot about butt pleasure and other types of g. a. y. sex? Like this guy fantasizing about a trans version of Liz Warren.

To which “Mr Rogers” replies:

Seems you are the one that is really fantasizing about it.

~Much of what we do here is made with the support of members of The Mark Steyn Club. As I always say, Club membership isn’t for everyone, but it does come with some special benefits, including:

~Tales for Our Time, our monthly audio adventures of classic fiction;
~Exclusive Steyn Store member pricing on over 40 books, mugs, T-shirts, and other products;
~The opportunity to engage in live Clubland Q&A sessions with yours truly (such as this coming Friday’s);
~Transcript and audio versions of The Mark Steyn Show, Mark’s Mailbox, and other video content;
~My Sunday series of video poetry (such as yesterday’s Robert W Service selection);
~Advance booking for my live appearances around the world, including exclusive members-only events such as The Mark Steyn Christmas Show;
~Customized email alerts for new content in your areas of interest;
~The opportunity to join me, Michele Bachmann, the Trump-pardoned Conrad Black and my other guests on this year’s third annual Mark Steyn Cruise;
~and the chance to support our print, audio and video ventures as they wing their way around the planet.

See you on the telly with Tucker.

News DSMW - January 20, 2020
0
Puerto Rico’s Gov. Wanda Vázquez on Sunday fired two more officials in the most recent development since anger broke out over a viral video showing unused emergency supplies allegedly leftover from Hurricane Maria aid sitting in a warehouse in a small town currently grappling with the aftermath of a devastating earthquake...