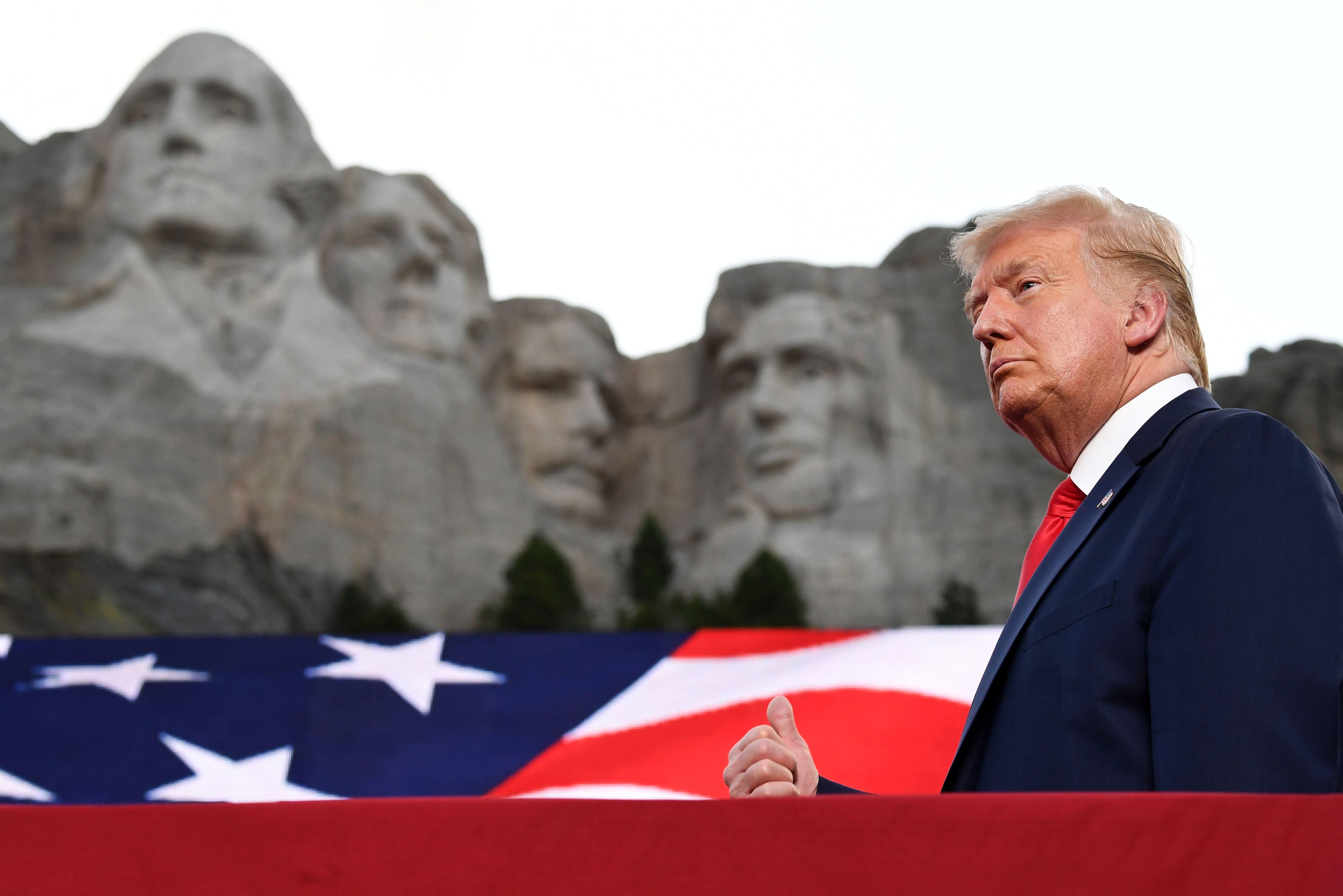 During the extended July 4th holiday, the number of passengers who passed through TSA checkpoints was down by 75%. Days later, United Airlines warned it might cut 36,000 employees Oct. 1, including half of its U.S. workforce. Barron’s reported net bookings, the difference between new reservations and cancelations, were down 84% at its critical Newark hub. 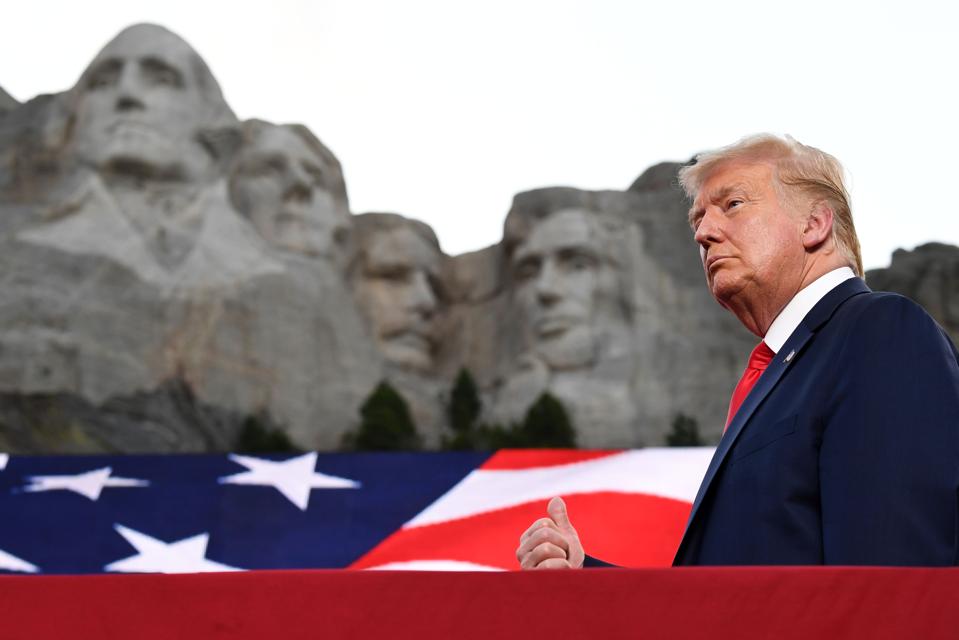 Private jet flights at Rapid City City Regional Airport, the gateway to Mount Rushmore spiked 116% … [+] over the extended 4th of July holiday weekend. US President Donald Trump spoke at a celebration there on July 3, 2020. (Photo by SAUL LOEB/AFP via Getty Images)

On the other side of the field, and at airports airlines never touch, the news was much different.

Data from WingX, which provides market intelligence for the global business aviation industry, showed private jet flights in the U.S. increased 5% compared to 2019. That’s right, the number of private jet flights were up over last year despite the woes of airlines and the travel industry at large. It can only be described as a V-shaped recovery from May when they were down nearly 80%.

The rebound of private flights comes despite a lack of business flying, say industry executives. It’s being driven by a combination of existing users’ leisure flying and a surge of new-to-the-market customers who want to avoid exposure to COVID-19.

McKinsey estimates the private jet market was only attracting about 10% of those who have the means prior to the pandemic. One study shows there are 700 touch points exposing passengers to the risk of contagion on a single commercial flight compared to less than 20 interactions when using business aviation.

An extensive analysis of the WingX figures by Private Jet Card Comparisons, a buyer’s guide to membership programs, where I serve as editor, revealed some interesting soundbites.

Rapid City Regional Airport in South Dakota, the gateway to Mount Rushmore, saw a 116% surge in private jet flights during the Wednesday to Sunday Independence Holiday period. That was the fifth biggest increase any airport with at least 50 private jet flights.

On Friday, July 3rd, President Donald Trump spoke at a celebration and fireworks display there. While it’s not known what percentage of that traffic was directly related to his appearance, it’s likely that he can take some credit for the winning weekend there, at least as it relates to private jets.

On the opposite side of the ledger, airports serving New York City and the Empire State had some of the biggest declines.

Private jet movements (arrivals and departures) fell by 66% at John F. Kennedy International Airport, at Newark Liberty Airpot they were down by 52% and Adirondack Regional Airport flights dropped 51%, putting all three among the five airports with the biggest losses on a percentage basis.

Teterboro Airport, just across the Hudson River from Manhattan, and the world’s busiest private aviation airport, saw a 26% decline. However, the net decrease of 235 flights during the five-day period was the second biggest drop (behind Las Vegas).

The Biggest Increases Were From Places COVID Cases Are Spiking

The five airports that saw the biggest increase in private jet activity were all located in states where COVID-19 cases and hospitalizations have been spiking.

There were 221 more private flights at Palm Beach International Airport in Florida than 2019, an increase of over 45 per day. Scottsdale Municipal Airport in Arizona saw a 198-flight increase, an 83% increase over 2019. Denver’s Centennial Airport (with a 151 flight increase year-over-year), Dallas Love Field (+ 142 flights), and Naples Airport on Florida’s Gulf Coast (+138) also showed big gains.