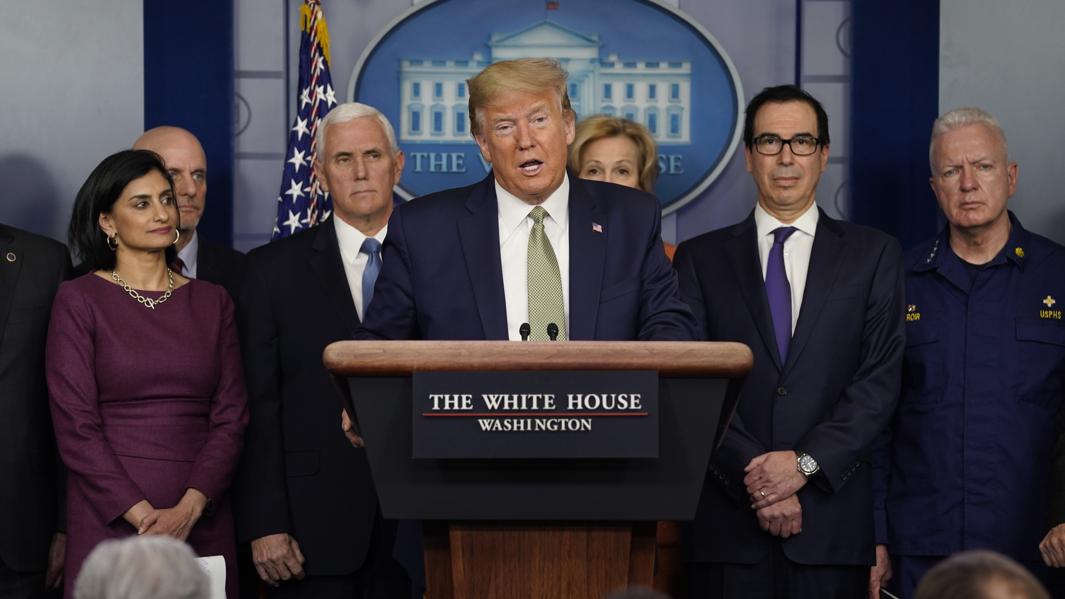 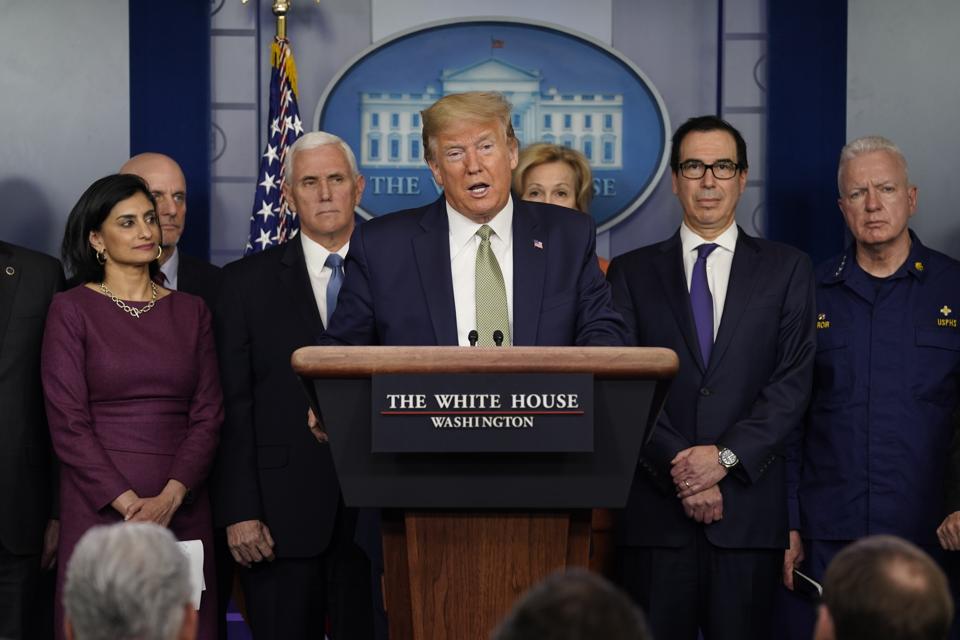 President Trump speaks during a Tuesday press briefing with the coronavirus task force.

Topline: The Trump administration announced several measures being considered to provide relief to the coronavirus-battered economy during a Tuesday press briefing, including sending checks directly to affected Americans and a deferral in IRS payments, with a separate, potentially $850 billion stimulus under discussion on Capitol Hill.

What to watch for: What happens with the $850 billion economic stimulus package, the separate coronavirus relief bill with free testing and sick leave that has already passed the House, and the relief options, such as the cash payments discussed Tuesday. Mnuchin is set to discuss the stimulus package with Senate Republicans, and the larger Senate will reportedly vote on the relief bill later in the day.

Crucial quote: “The president has instructed me we have to do this now, so this is now,” said Mnuchin about the cash payments.

Key background: Although Trump has been pushing for the payroll tax cut for several weeks, lawmakers have been discussing the country’s need for a larger stimulus package to blunt the blow of coronavirus. A separate, revised coronavirus relief bill—including free coronavirus testing, two weeks of paid sick leave and strengthened unemployment assistance, among other measures—passed the House Monday night, and the Senate should be voting on it later on Tuesday. American life has essentially ground to a halt as the Centers for Disease Control advises against any gatherings over ten people. Schools and businesses have closed, and a large number of the population are working from home, while students engage in remote learning. As of Tuesday morning, over 4,660 cases of coronavirus are confirmed in the U.S., with 85 deaths, according to data from Johns Hopkins University.