Editor’s Note: Morning Defense is a free version of POLITICO Pro Defense’s morning newsletter, which is delivered to our subscribers each morning at 6 a.m. The POLITICO Pro platform combines the news you need with tools you can use to take action on the day’s biggest stories. Act on the news with POLITICO Pro.

— The nation’s top military officer says there has been “no impact” on military readiness after most of the Joint Chiefs were forced to quarantine this week.

— The president’s tweet on Afghanistan undercut his own national security leaders and raises more questions than answers.

IT’S FRIDAY AND YOU’RE READING MORNING DEFENSE. We’re filling in for our colleague Bryan Bender as we head into the holiday weekend. Send along your tips: [email protected]. And follow on Twitter @connorobriennh, @morningdefense and @politicopro.

A message from Northrop Grumman:

By the time most cyber threats are detected, it’s already too late. But Northrop Grumman is defining possible by helping you identify and proactively counter cyber threats before they even happen. Learn more

Chaos reigns: “Trump, just weeks ahead of the Nov. 3 election, abruptly pulled the plug on stimulus talks between Pelosi and [Treasury Secretary Steven] Mnuchin on Tuesday, one day after being released from the hospital following treatment for coronavirus.”

“That chaos continued Thursday afternoon, when Mnuchin told Pelosi in a 40-minute phone call that Trump remained interested in securing a deal on an economic stimulus package, despite repeated statements to the contrary from himself and his staff. In the middle of their phone call, White House spokeswoman Alyssa Farah told reporters the White House was opposed to a larger package, noting Trump would support only narrower provisions.”

REMEMBER THE DEFICIT? The federal budget deficit tripled in the last fiscal year as the government sought to fight the spread of the coronavirus and ease the economic fallout from the pandemic, the Congressional Budget Office concluded Thursday.

“The budget gap in the fiscal year 2020 widened to $3.1 trillion from $984 billion a year earlier, the nonpartisan CBO said. As a share of economic output, the annual deficit reached 15.2%, the largest since 1945, when the country was financing massive military operations to help end World War II,” The Wall Street Journal reports. “A surge of federal spending to combat the coronavirus and cushion the U.S. economy, coupled with a drop-off in federal revenues amid widespread shutdowns and layoffs, contributed to the widening deficit this year.”

TRUMP’S DRAWDOWN CONFOUNDS: So when are U.S. troops leaving Afghanistan? It depends on who you talk to these days. Trump’s surprise announcement Wednesday night that remaining U.S. troops in Afghanistan “should” be home by Christmas undercut his own national security adviser, who just hours earlier said U.S. troop levels would be down to 2,500 by early next year, as well as assessments from other top officials, Lara Seligman and your Morning D correspondent write.

“Robert O’Brien, the national security adviser, had provided the most detailed timeline to date on the administration’s plans to wind down America’s commitment there when he made his comments on Wednesday. Under a deal between the U.S. and the Taliban announced in February, Washington agreed to leave Afghanistan by May 2021 in exchange for a set of guarantees from the Taliban, including disavowing terrorist groups and negotiating a permanent ceasefire and power-sharing agreement with the Afghan government.”

“A senior administration official, asked about the conflicting timelines, noted on Thursday that ‘POTUS really laid down a marker yesterday.'”

“‘He’s the commander in chief and we all follow his lead,’ said the official, who requested anonymity to discuss a sensitive topic.”

“NO IMPACT”: The U.S. military remains at the ready despite most of the Joint Chiefs of Staff being forced to quarantine this week, the nation’s top general vowed.

“The Joint Chiefs and I remain in constant communication while in quarantine and the chain of command remains the same,” Joint Chiefs Chair Gen. Mark Milley said in a statement Thursday. “There has been no impact on our ability to effectively plan, coordinate and synchronize efforts to defend our nation.”

Milley and other top military leaders are self-quarantining after attending a meeting last week with Adm. Charles Ray, the vice commandant of the Coast Guard, who tested positive for Covid-19 on Monday. The Marine Corps’ No. 2 officer, Gen. Gary Thomas, tested positive on Wednesday.

All top leaders who had contact with Ray last week are set to be tested again today. But defense officials are now saying the Pentagon will no longer announce negative test results, only positive ones.

HAPPENING TODAY: Defense Secretary Mark Esper and Undersecretary for Personnel and Readiness Matt Donovan will speak this afternoon at the 2020 Virtual Congressional Military Family Caucus Summit. Esper is traveling and his remarks are pre-recorded.

ICYMI: Esper plans more official travel as calls grow for him to stay put, via our colleague Lara Seligman 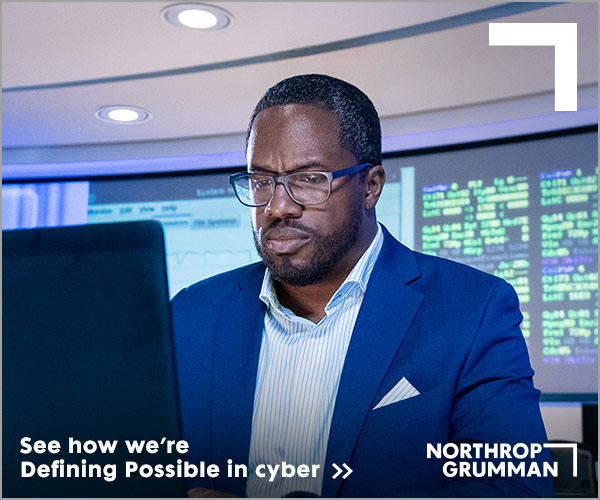 TRUMP AND GOLD STAR FAMILIES: Trump caused an uproar Thursday when he suggested in an interview that he might have contracted Covid-19 from Gold Star family members who were too close to him when telling stories of their loved ones who died in the line of duty, POLITICO’s Quint Forgey and your Morning D correspondent write.

In an interview on Fox Business, the president said he “figured there would be a chance” he would become infected with the coronavirus, citing his meetings with the families of America’s war dead at the White House on Sept. 27. The event came a day after a mostly mask-less Rose Garden ceremony where Trump nominated Judge Amy Coney Barrett to the Supreme Court.

Trump explained that as he was being told these stories about fallen service members, “I can’t say, ‘Back up, stand 10 feet,’ you know? I just can’t do it.”

“His point was merely that in the timeframe that he was potentially exposed, there were a number of different venues he’d been at and individuals he had interacted with that it could have come from — and by no means are blaming anyone who was present,” Farah said. “And we did take a lot of precautions for that event. So based on contact tracing, the data we have, we don’t think it arose from that event.”

“Callous disregard and disrespect”: Several top Democratic lawmakers ripped Trump over his comments, saying the president disrespected military families and shifted blame for his administration’s shortcomings on the coronavirus.

“Whether he intended it or not, the President has blamed an event with families who lost their loved ones in battle for giving him COVID. That is a shocking statement even for this President,” Rhode Island Sen. Jack Reed, the top Democrat on the Senate Armed Services Committee, said in a statement. “He must immediately apologize. Failure to do so would be yet another example of his callous disregard and disrespect for the women and men of our Armed Forces who we ask to stand in harm’s way.”

A message from Northrop Grumman:

Cyber threats are one of the greatest threats we face today. And what makes them especially dangerous is that by the time most cyber threats are detected, it’s already too late. Either they’re inside your system, long gone with your valuable information, or worse, holding your valuable information hostage. Northrop Grumman Cyber is defining possible by helping you identify and proactively counter threats before they get the chance to even attack—keeping our warfighters safe, and your data secure. Learn more

2020 AND THE WORLD: The 2020 presidential election won’t just determine America’s future — it will determine what global politics looks like for years to come. POLITICO Magazine and POLITICO Europe explore the world now, after four years of Trump’s leadership, and what four more years will mean for everything from climate to trade, NATO to China. Is the era of strong transatlantic relations officially over? Does it make a difference if a Democrat wins the White House? How would progressives shape Joe Biden’s foreign policy?

“The long-anticipated awards are for a broad range of 5G experiments, including smart warehouses, advanced radars, and augment and virtual reality capabilities. The awards are part of a DoD effort to work with commercial vendors to advance the 5G capabilities of both the department and industry.”

— Soldiers who appeared at Democratic convention won’t be disciplined, but supervisor will: Military Times