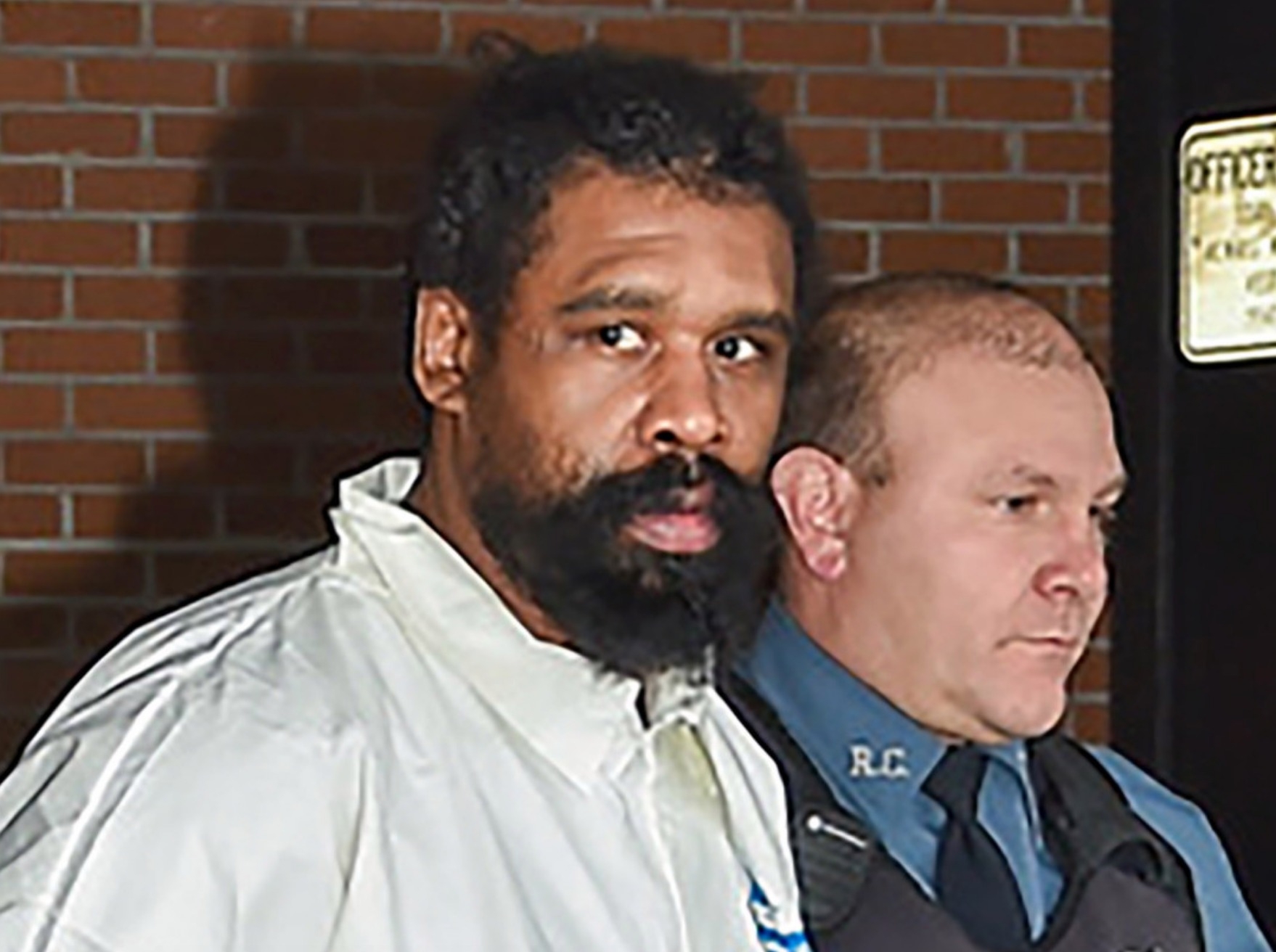 Programming note: This morning I’ll be starting the day on the curvy couch at “Fox & Friends”, live across America at 8.30am Eastern/5.30am Pacific. This evening I’ll be back in the anchor chair to guest-host “Tucker Carlson Tonight”, coast to coast at 8pm Eastern – with a rerun for West Coasters at 9pm Pacific. If you’re in the presence of the receiving apparatus, I hope you’ll dial us up.

~Violent attacks on Jews are sufficiently routine in New York City (eight just last week) that a busy mayor can apparently afford to phone it in:

Hate doesn’t have a home in our city.

Did whichever twelve-year-old staffer came up with that fatuous pap even have to run it by the big guy? Admittedly, Bill de Blasio’s speechwriters seem to be laboring under the illusion that he’s mayor not of New York but of Sesame Street. But it was so well-received that the intern on duty followed up with:

Anti-Semitism is an attack on the values of our city.

That’s a real dodge, isn’t it? First, “values” should be attacked – or at any rate challenged, contested, debated, eternally. Otherwise, they’re just a state ideology – and, as in this case, a useful deflection for sleazy cowardly politicians. What’s being attacked is not “values” but actual Jews with bones and arteries and lungs and other inviting body parts.

Thus, a few hours after the mayoral Tweet, the fellow at top right – Grafton Thomas – went to a private home in Monsey and stabbed five Jews at a Hanukkah gathering. Why do robbers rob banks? Because that’s where the money is. Why go to Monsey? Because that’s where the Jews are. At the time of the 2000 Census, for example, forty-two per cent of residents spoke Yiddish and seven per cent spoke Hebrew. So, if you’ve got a machete and you’re looking for a Jew to stick it into, you’ve got a fifty-fifty chance of hitting paydirt. That’s why Grafton Thomas was in Monsey. Nobody grabs his machete to go a-huntin’ “values”.

The kindergarten blather from Bill de Blah-Blah is not merely useless but deadly – in that it obstructs honest analysis of what’s happening and how to stop it. If I were a New York Jew, I would utterly despise him. But fortunately for the Democrats Jews are way smarter than that. There are a million or so Ashkenazi Jews in New York City, and, according to The New York Times‘ Brett Stephens (in a column that seems to have gone down like a lead gefilte fish), the Ashkenazis have the highest IQ of any group on the planet. It’s so high they’re all planning on voting for Blah-Blah and his party until the end of time.

~There used to be among American editors a not so subtle yardstick of news values that ran along the lines of the following: A thousand dead Africans equals a hundred dead Europeans equals ten dead Americans. Meaning that the public’s interest in slaughter is determined by how closely it relates to their lives. That might seem a little cold-hearted, but it’s surely not as cynical as the media’s new rule: You can have exactly the same class of victim, but the news value of the story is determined by the identity of the perp. For example, if East Coast Jews are attacked by a white man, then the story is one of “white supremacism”, and it is a small step to declare that “the president made this possible“, and thus it is a big deal.

But, if East Coast Jews are attacked by someone other than a white man, it all gets more, er, “complicated” – and indeed too complicated to cover at all. For example, that recent attack on a kosher supermarket:

Here’s all the things you likely didn’t hear about the attack in Jersey City: it appears the original target was a school. They were armed with a LOT of ammo. Immediately following the attack, video was taken of people standing around blaming THE JEWS for the attack… A school board member called Jews “brutes…” None of this made the news.

So, unless his MAGA hat fell off mid-stabbing, Grafton Thomas looks like being one of those complications it’s best to play down. After all, as NBC News fact-checker Erin Biba declares, attacks like Monsey and Jersey City represent “a growing division among two communities“:

What we need right now is a way to find solidarity with each other against our shared enemy of white supremacy.

You hear that, Grafton Thomas? If you’d only put down that machete, we could all get back to hating Trump.

~There are very few of my compatriots I have as low a regard for as Bernie Farber, former bigwig of the Canadian Jewish Congress and currently head of his own Canadian Anti-Hate Network, which receives funding from the #MeTooed sex maniacs at the Southern Poverty Law Center. Nevertheless, the Canadian state adores Bernie and has garlanded him with all its most prestigious baubles, from the 125th anniversary Confederation Medal to the Queen’s Diamond Jubilee Medal.

Farber’s one big setback in recent years was Parliament’s repeal of the notorious “hate speech” law Section 13. Which, by the end of our campaign against it a decade ago, had virtually no public support except from the wackier imams and dear old diehard Bernie. So naturally last summer he was anxious to testify to the House of Commons Justice Committee on the vital necessity of bringing it back. As traditional defenders of Canadian “human rights” censorship abandoned Section 13, Farber made more and more common cause with CAIR and other Islamic supremacist groups.

Which is unfortunate, because in his more benign moments he’s one of the great comic figures of our time:

Last year in Toronto, the head honcho of the Canadian Jewish Congress, Bernie Farber, got into the spirit of things and marched in the Gay Pride Parade wearing a T-shirt emblazoned “NOBODY KNOWS I’M GAY.” Also entering into the spirit, The Toronto Star‘s Antonia Zerbisias wrote tongue-in-cheek of Bernie’s little jest: “I didn’t know he was gay. Not that there’s anything wrong with that.”

Whereupon, after consulting with fellow CJC execs, the apparently non-gay Mr Farber sent a formal letter of complaint objecting to The Toronto Star falsely identifying him as gay, notwithstanding that he himself had been the first to falsely identify himself as gay. Needless to say, the Star‘s publisher pompously reprimanded Miss Zerbisias for an item that “fell short of the Star‘s standards of accuracy.”

My default position in any dispute between Canada’s most zealous supporter of speech censorship laws and the Star‘s leftie feminist is that of Henry Kissinger on the Iran-Iraq War: “Can’t they both lose?” But, in the great Queer Tee for the Straight Jew showdown, I was inclined to side with Miss Zerbisias. It’s hardly her job to calibrate the precise degree of Mr Farber’s peculiar combination of opportunism and insecurity.

As I recall, a pro-Palestinian gay website reckoned that Farber and a bunch of other straight Zionists had marched in the Pride parade deliberately to subvert the event’s pro-gay/anti-Zionist solidarity only to have the whole sinister Zionist plot upended by the uptight Jews’ “gay panic”. Whatever. If you think Bernie found being a straight Pride Marcher tricky, it’s nothing compared to metaphorically decorating the Jewish float for the Eid parade, as he has done so assiduously for over a decade. Alas, his Islamophilia has been found wanting:

Farber markets himself as an “anti-racist” and “friend” of Muslims in Canada. However, he is an adamant supporter of racist Zionist policies…

See Bernie Farber’s public video with the UJA where he demonstrates his adament support for Zionism and calls anyone who critiques Israel “anti-Semitic” (such bullying and dishonest tactics are often used by Zionists).

Oh, my. No matter how much Islamoschmoozing you do, in the end you’re still just a bullying racist Zionist.

Mindful of those IQ stats Brett Stephens likes to bandy, Kathy Shaidle likes to say Bernie Farber is “too stupid to be Jewish”. Certainly, he is all too typical of that generation of Jewish leaders who have prioritized cobwebbed phantoms over the Jews’ real enemies. As I wrote a decade back:

Bernie Farber is not a wicked man, but he is a profoundly foolish one—by which I mean that his foolishness will have profound consequences for young Jews growing up in the Trudeaupia he helped make. “Israeli Apartheid Week” is Canada’s gift to the world, spawned in his backyard, on his watch: to soft-leftish university students (i.e., most of them), the conventional wisdom is that Israel is an illegitimate state of murderous war criminals squatting on the land of its victims. Meanwhile, the most prominent and prosperous of Canadian Jewish groups pursues trivia—I don’t mean demanding apologies over his gay T-shirts, but far less entertaining distractions. His lawyers are now in the sixth year of their pursuit of Marc Lemire, a man of no consequence whatsoever to Canadian Jewry but whom they remain determined to notch to their escutcheon of irrelevant penniless shaven-headed nobodies even as Jew-hatred on a scale unseen since the Second World War metastasizes across the Western world.

Around mid-century, Canadian Jews (assuming there are any still living here) will look back at the CJC’s press clippings in wonder, and marvel why Bernie didn’t march in the parade wearing a T-shirt marked, “NOBODY KNOWS I’M JEWISH.”

~We had a busy weekend at SteynOnline, starting with news of a blockbuster ratings performance, and then my Friday-night guest-hosting stint on “Tucker Carlson Tonight”. Here’s a moment you might not have seen:

After Tucker came Kathy Shaidle’s Saturday movie date – an unusual double-bill of facial fascination: Eyes Without a Face and The Brain That Wouldn’t Die. On Sunday I remembered an old friend who never expected to get old – Broadway hitmaker Jerry Herman – and one of his biggest songs: “Hello, Dolly!” If you were still sleeping off the figgy pudding this weekend, I hope you’ll want to check out one or three of the foregoing as a new week commences.

See you on the telly in an hour or so.