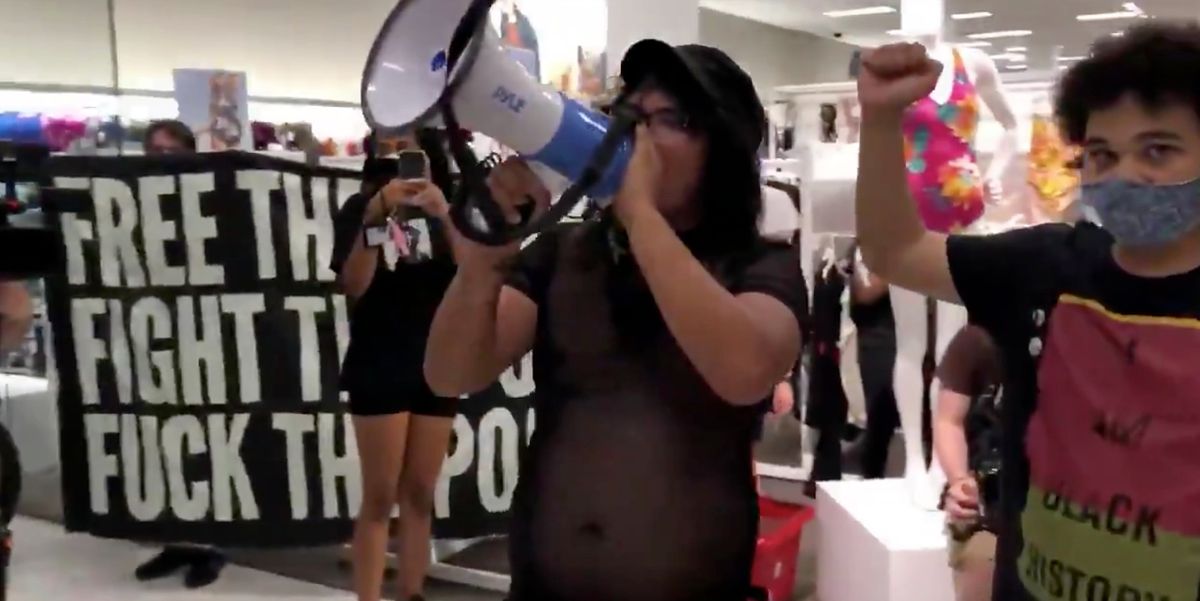 Black Lives Matters activists stormed a Washington, D.C., Target store on Saturday, demanding the business stop cooperating with police or they would “shut down” the business.

A video captured by journalist Drew Hernandez showed a man with a bullhorn leading a crowd of protesters in a chant while standing in the front of the Target store.

BLM to @Target “we will shut your buisness down” https://t.co/jwP9jW5EjF

“Black Lives Matter literally threatened @Target today in DC. Apparently if that @Target in DC ever calls the cops on a black person ever again BLM will shut them down,” Hernandez explained. “Radicals.”

As TheBlaze reported, Newsome appeared on Fox News last week where he promised that activists “will burn down this system” if the country “doesn’t give us what we want.”