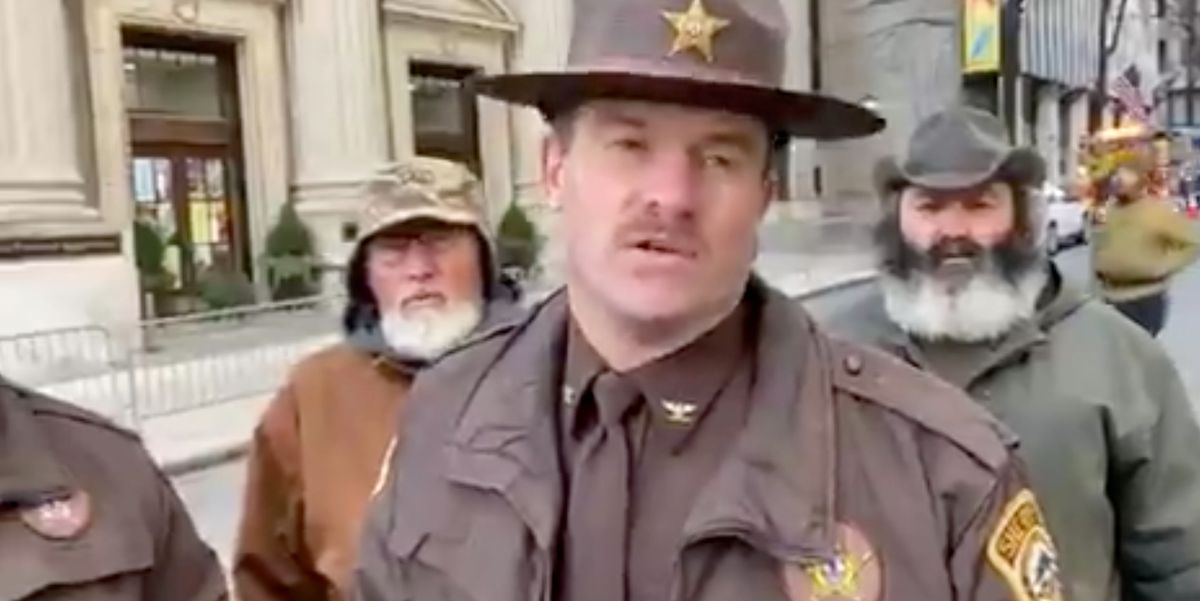 “If the bills go through as proposed, they will not be enforced. They are unconstitutional,” Grayson County Sheriff Richard Vaughan told Turning Point USA’s Benny Johnson.

“We support and uphold the Constitution of the United States and the constitution of Virginia and that is what we will do,” he explained.

Vaughan reiterated his support for the Constitution — even if it means not enforcing Democratic-passed gun control laws — in a separate interview with Reuters.

“Some of these bills being proposed are just unconstitutional and we will not enforce them,” Vaughan said. “As a sheriff I am the last line of defense between law abiding gun owners and the politicians who want to take away their rights.”

Democratic Gov. Ralph Northam is supporting eight bills meant to further restrict gun rights, “including universal background checks, a “red flag” law, a ban on assault-style rifles and a limit of one handgun-a-month purchase,” according to Reuters.

But the push for more gun control may have backfired. That is because December recorded the second-most ever firearm transactions in Virginia. Firearm dealers directly attributed the run on guns to fear that Democrats would make good on their gun control promises.

Hatless Among the Proles

Commentary Mark Steyn - January 20, 2021
0
Just ahead of our post-election Tale for Our Time - a tale that gets more unnervingly timely with every day - let me put in a word for our complementary entertainment at the other end of the day: the audio version of The Mark Steyn Show, whose latest ...

News DSMW - January 19, 2021
0
Looming over the hearing was what to do about the country’s strained immigration laws as senators grilled Alejandro N. Mayorkas about white supremacy, immigration and the border wall. ...
MORE STORIES

Hatless Among the Proles