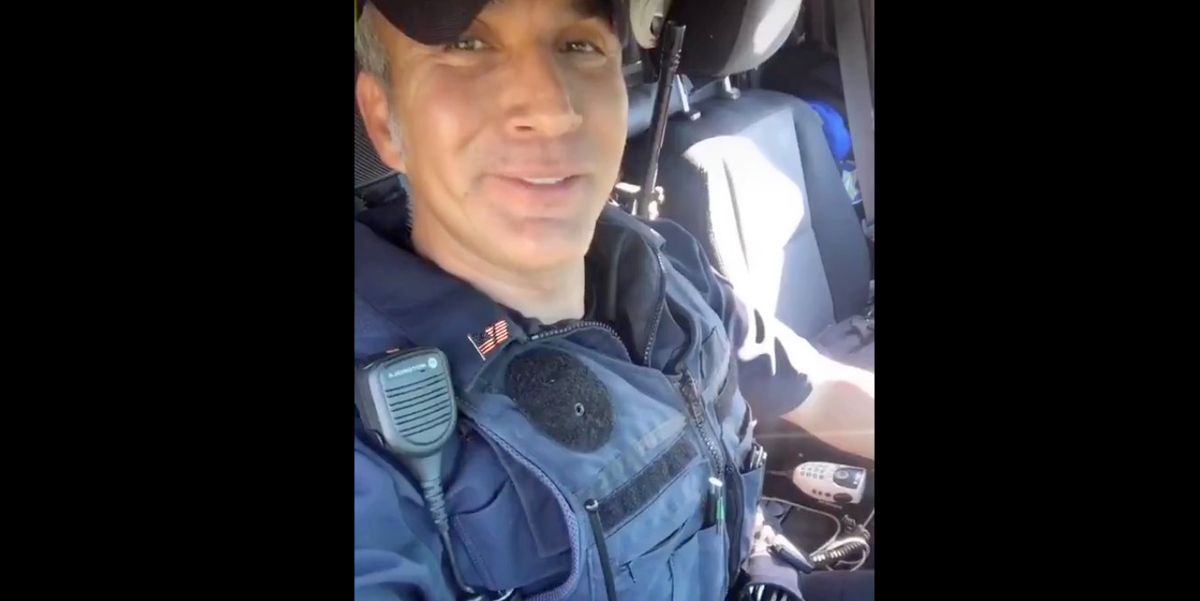 Over the weekend, a video of a police officer went viral. In that video, an unidentified police officer explains that he was called to provide security for protesters.

The irony, the officer explained, is that the protesters requested police presence for a…wait for it…”defund the police” rally.

“So I come in this morning and we’re informed there’s gonna be a protest to ‘defund the police.’ Well, that’s fine, I like protests,” the officer explained.

“Except they requested a police presence, you know, for their safety, at the ‘defund the police’ event,” he continued. “I s**t you not.”

It was not clear where the officer worked, as he had removed his badge from his uniform, presumably so that his location could not be identified.

“They requested a police presence, you know, for their safety at the ‘defund the police’ event.” https://t.co/oPQmQlbAXK