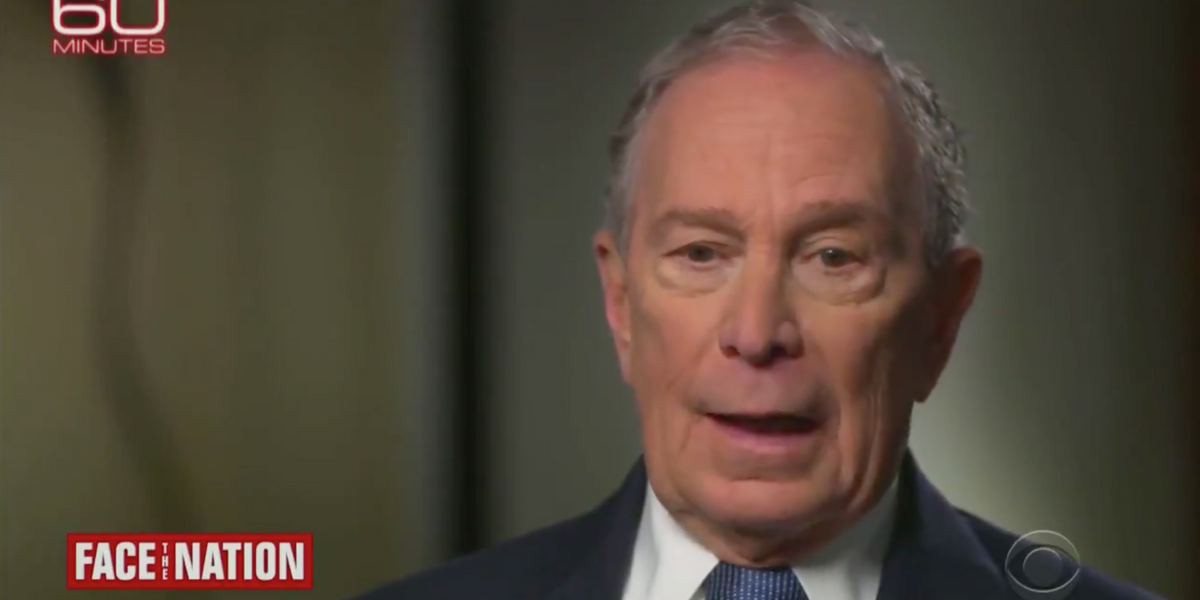 For the second time in less than a week, a reporter has shut down former New York City mayor Mike Bloomberg for making false claims regarding President Trump’s handling of the coronavirus, also known as COVID-19.

“I find it incomprehensible that the president would do something as inane as calling it ‘a hoax,” he told Pelley who immediately stopped him.

“He said the Democrats making so much of it is a Democratic hoax, not that the virus was a hoax,” the reporter pointed out.

Bloomberg did not acknowledge he had made a mistake and continued with his diatribe.

Not the first time Bloomberg gets called out

This is not the first time that the billionaire businessman makes a false claim regarding the Trump administration’s management of the coronavirus.

As TheBlaze recently reported, the Associated Press analyzed statements that Bloomberg and former Vice President Joe Biden made during Tuesday’s Democratic debate in South Carolina where the two claimed that Trump had carried out funding cuts for federal health agencies.

“There’s nobody here to figure out what the hell we should be doing. And he’s defunded — he’s defunded Centers for Disease Control, CDC, so we don’t have the organization we need. This is a very serious thing,” Bloomberg said at the time.

However, the AP looked into the charges and found that no such budget cuts ever took place. In fact, funding to fight the spread of the virus came from a congressional fund dedicated to health emergencies.

Bloomberg is not alone in leveling false charges against the nation’s 45th president. Even media outlets have falsely accused Trump of calling the coronavirus “a hoax,” prompting them to also be fact-checked by watchdogs.

As Washington Free Beacon executive editor Brent Scher noted on Saturday, a recent Politico article claiming that the president “tried to cast the global outbreak of the coronavirus as a liberal conspiracy” was analyzed by independent fact-checkers with social media giant Facebook and rated it as containing “False information.”

“The primary claims in the information are factually inaccurate,” stated a Facebook warning regarding the article.