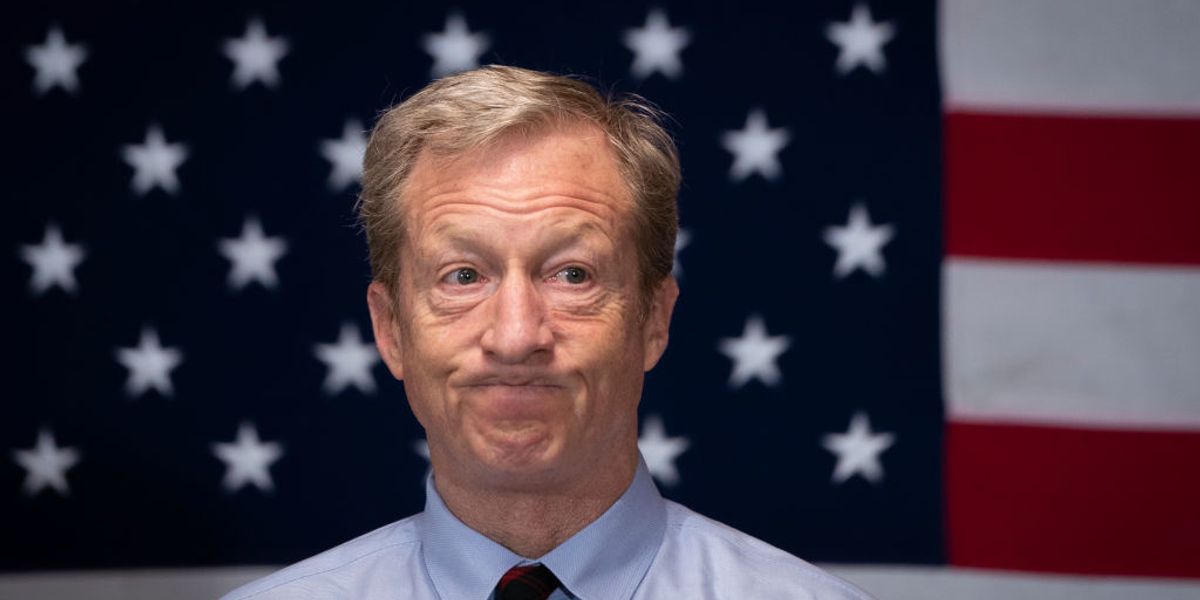 We wish we didn’t have to share this with you, but it’s news.

The pathway to the 2020 Democratic Party nomination for billionaire businessman and longshot presidential candidate Tom Steyer is through South Carolina where he has invested millions of dollars. However, most polls show him in a distant third place in the state, which means he will likely end his presidential campaign after Saturday’s election in the Palmetto State.

As a last-ditch effort to appeal to the state’s crucial African American voting bloc that makes up well over half of South Carolina’s Democratic primary voters, Steyer appears to be resorting to pursuing celebrity endorsements. While music concerts are not uncommon for presidential candidates, at a campaign event on Friday night, Steyer took the stage with rapper Juvenile and danced to his 1998 hit, “Back Dat A** Up.”

The DailyWire’s Joseph Curl shared a video of the spectacle, which we have included below for your viewing pleasure.