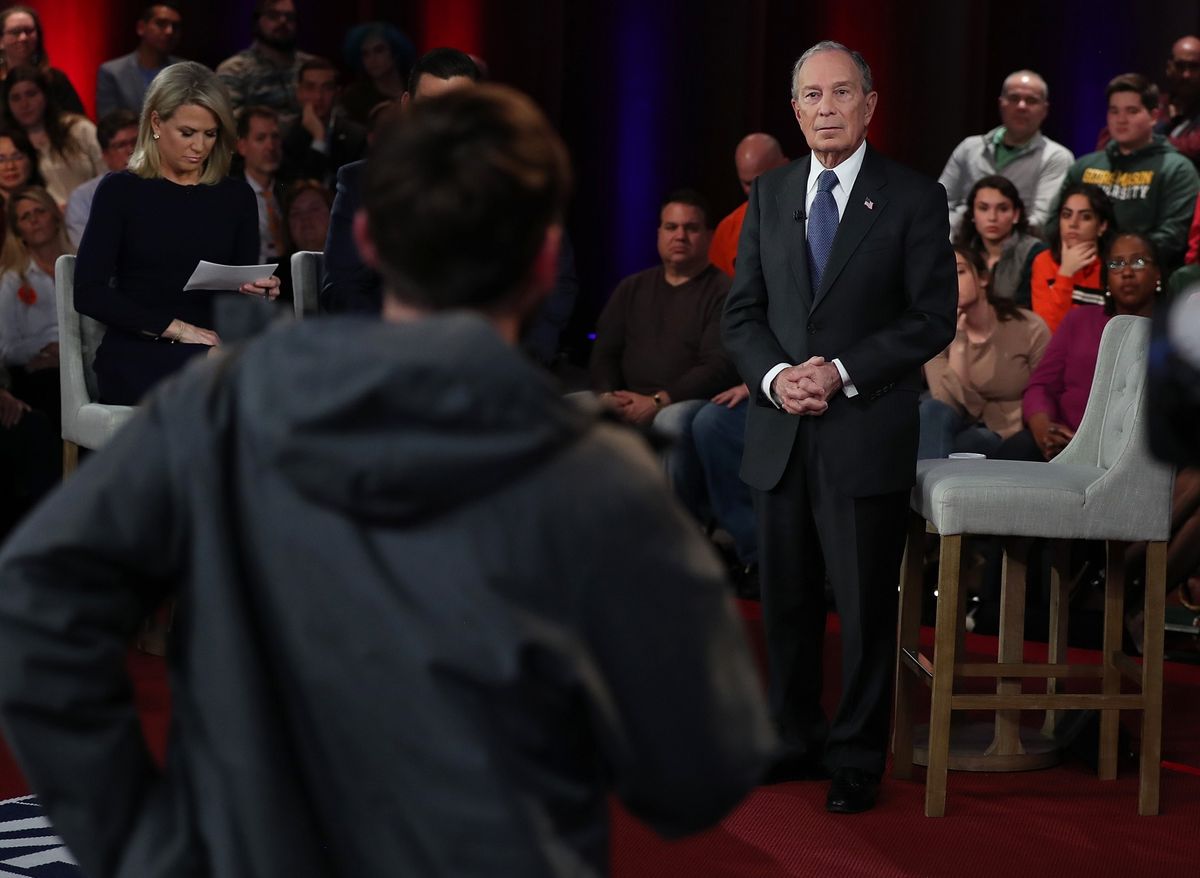 Democratic presidential candidate and gun control advocate Michael Bloomberg was asked by a voter on Monday how he can “justify” his agenda aimed at restricting his fellow Americans’ right to defend themselves while he himself enjoys the security of having armed guards protect him.

During a Fox News town hall, Virginia voter Clarke Chitty rose from the audience to ask Bloomberg, “How do you justify pushing for more gun control when you have an armed security detail that is likely equipped with the same firearms and magazines that you seek to ban the common citizen from owning? Does your life matter more than mine, or my family’s, or these people’s?”

The crowd erupted in cheers before Bloomberg replied, “Look, I probably get 40 or 50 threats every week, OK, and some of them are real. That just happens when you’re the mayor of New York City or you’re very wealthy and if you’re campaigning for president of the United States. You get lots of threats. So, I have a security detail, I pay for it all myself, and…they’re all retired police officers who are very well trained in firearms.”

Bloomberg continued with an apparent attempt to put Chitty’s mind at ease, saying, “The Second Amendment gives you the right to bear arms. Nobody suggests that we’re going to change the Constitution — even if you wanted to I don’t think you’d get it done — so nobody’s going to take away your right to bear arms.”

The former mayor argued, “The Supreme Court said you can have reasonable restrictions, and the only restrictions which I am in favor of is to prevent us from selling guns to people with psychiatric problems, criminals, or people that are minors, OK.” He went on to claim background checks “do not apply to guns sold over the internet or in gun shows.”

Radio host and former NRA spokeswoman Dana Leosch reacted on Twitter to Bloomberg’s comment, saying, “NO, you can’t just buy a gun and have it Amazon delivered to your house.” She added, “Private sales are STILL subjected to federal restrictions. Bloomberg should be embarrassed, it’s the height of cringe for a presidential candidate to be this uneducated on the law he demands to change.”

Cam Edwards, editor of Bearing Arms, wrote on Twitter that “Bloomberg saying the only thing he wants is universal background checks is a huge lie. He’s promoting a national gun licensing system and bans on commonly owned firearms on his campaign website.”

Bloomberg’s plan, as outlined on his website, calls for (in part):

The plan also states that Bloomberg “will require secure storage of firearms when they are not in use.”