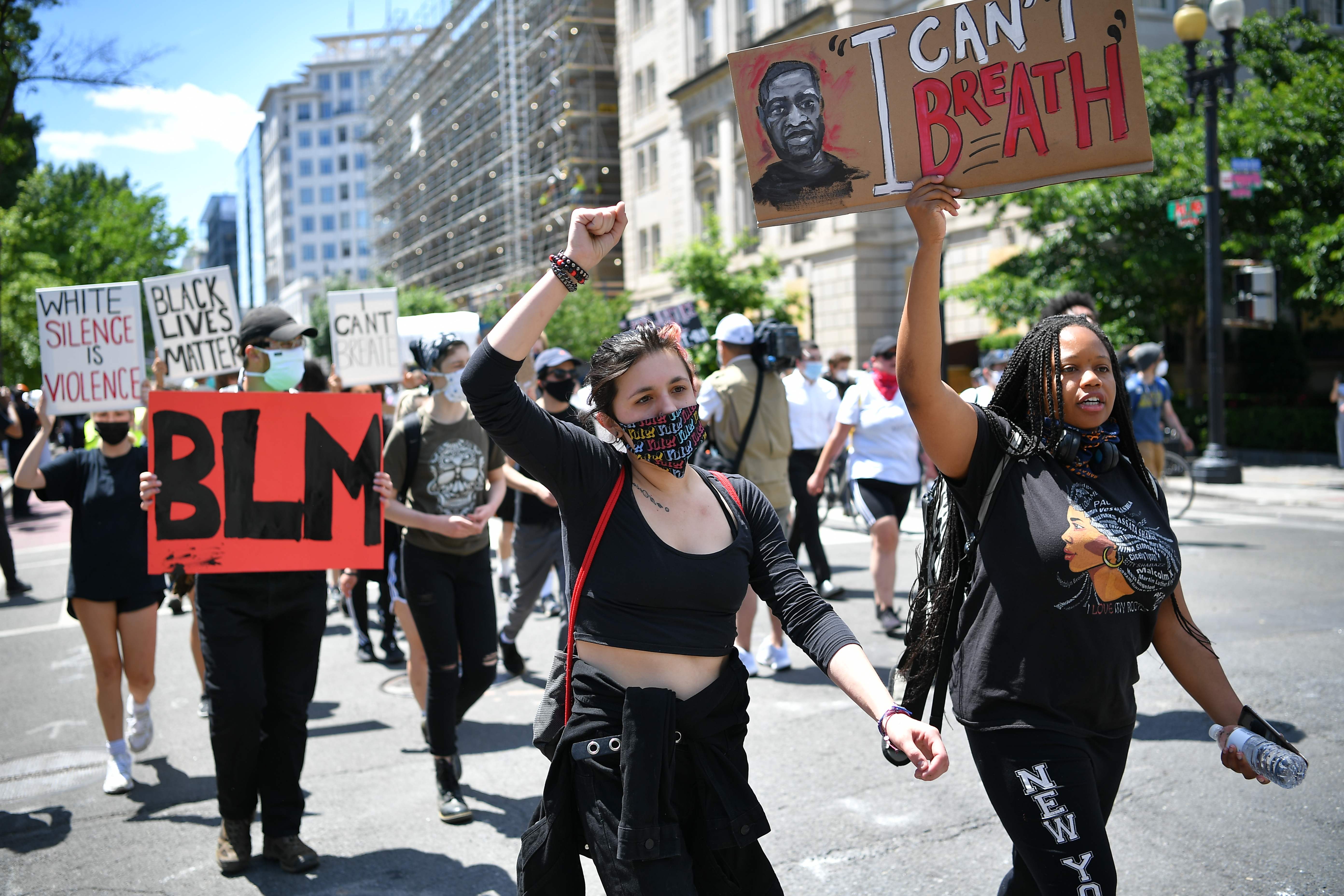 Metropolitan Police Chief Peter Newsham said his officers were not involved in dispersing protesters from Lafayette Park, the square across from the White House that was cleared before the curfew so that President Donald Trump could walk to a historic church across the street.

The decision to use chemical irritants, flash bangs and other methods to force peaceful protesters out of the park – so Trump could pose for a photo with a Bible in front of St. John’s Episcopal Church – has sparked outrage from religious leaders and lawmakers in both parties.

He said most of the arrests his officers made were for protesters who had defied the city’s curfew, although some were charged with burglary and rioting.

Bowser expressed outrage about the incident in a tweet Monday night, calling it “shameful” that federal police forcefully removed peaceful protesters before the city’s 7 p.m. curfew. The park was cleared moments before Trump made a Rose Garden speech, in which he demanded the city and state officials “dominate the streets” to stop rioting.

Bowser said on Tuesday that she “didn’t see any provocation that would warrant the deployment of munitions” against the protesters, especially for “the purpose of moving the president.”

Newsham also suggested that he disagreed with some of the tactics federal authorities used on Monday – including low-flying helicopters that stirred up wind and debris as demonstrators fled.

“I don’t know if it was helpful, I can say that,” Newsham said when asked about the helicopters.

Protests have erupted across the country in the wake of Floyd’s death on May 25. A bystander video shows a white Minneapolis police officer, Derek Chauvin, kneeling on Floyd’s neck for more than 8 minutes even though Floyd can be heard saying “I can’t breathe.” Chauvin has been charged with murder and manslaughter.

In Washington, protesters outraged by police violence against African Americans have gathered in Lafayette Park and other spots around the city for four days. Although the gatherings have been mostly peaceful, violence and looting erupted on Sunday night across the nation’s capital.

That prompted Bowser to impose the 7 p.m. curfew, which remains in place for Tuesday.

Newsham said he was not sure if federal authorities used tear gas and other measures during that incident. The Metropolitan Police Department, he said, only used munitions when dealing with a crowd near Judiciary Square, which is about a mile away from Lafayette Park.