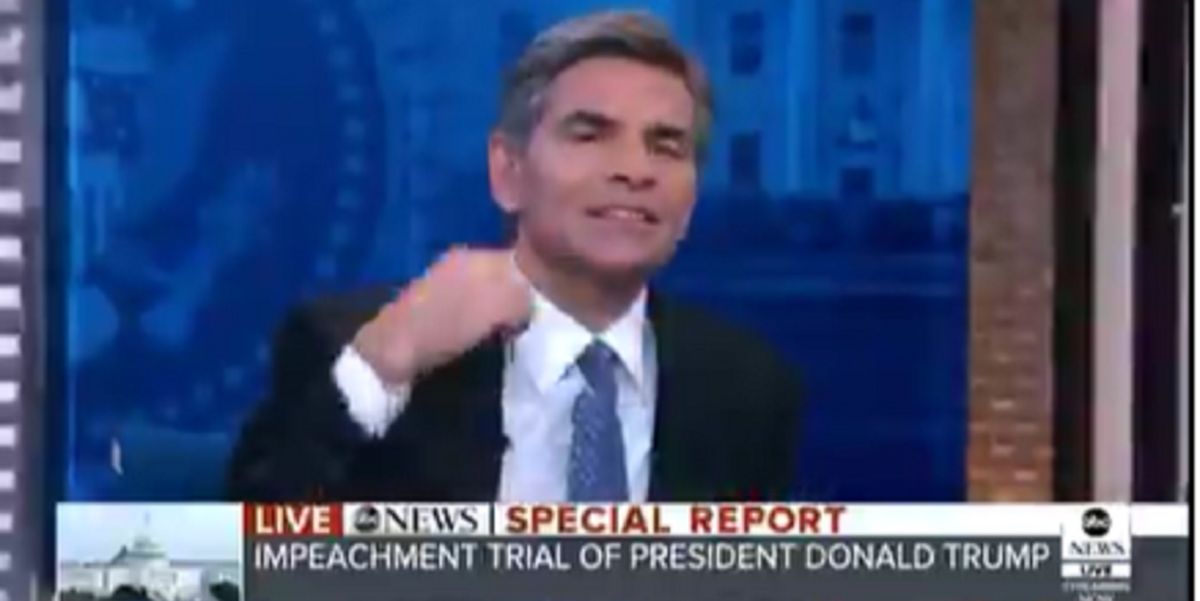 Video of the incident went viral as many conservatives pointed to it as an example of media bias from the host, who formerly served as senior adviser to President Bill Clinton, a Democrat.

In the clip, Sekulow can be seen arguing that House Democrats have not met “basic fundamental Constitutional obligations” in their attempt to remove President Donald Trump from office in the ongoing impeachment trial in the Senate. As the attorney took another question from a reporter, the feed was cut and ABC returned to Stephanopoulos at the news desk, where he was actively making the throat-cutting signal to his crew.

As the Daily Wire‘s James Barrett beautifully described: “Realizing that his throat-slashing ‘cut’ gesture was caught on air, Stephanopoulos winced and offered a meek grin before rapidly moving on to a panel discussion on the latest developments in the trial. ‘And that is Jay Sekulow right there,’ says Stephanopoulos, still slightly grinning.”

The video began circulating on social media as conservatives pointed to the timing of Stephanopoulos’ cut and accused the anchor and his network of actively seeking to silence the defense of President Trump. The White House also took notice, tweeting the clip with the message, “Caught! ABC’s Stephanopoulos trying to cut off the President’s lead counsel.”

Stephanopoulos’ ability to be objective as a news anchor has been questioned ever since ABC News hired the former longtime Clinton staffer.

Fox News noted that Stephanopoulos’ “ties to Clinton also became a source of embarrassment to ABC during the presidential campaign, when he was caught secretly giving money to the Clinton foundation. He had to recuse himself from hosting any presidential debates.”