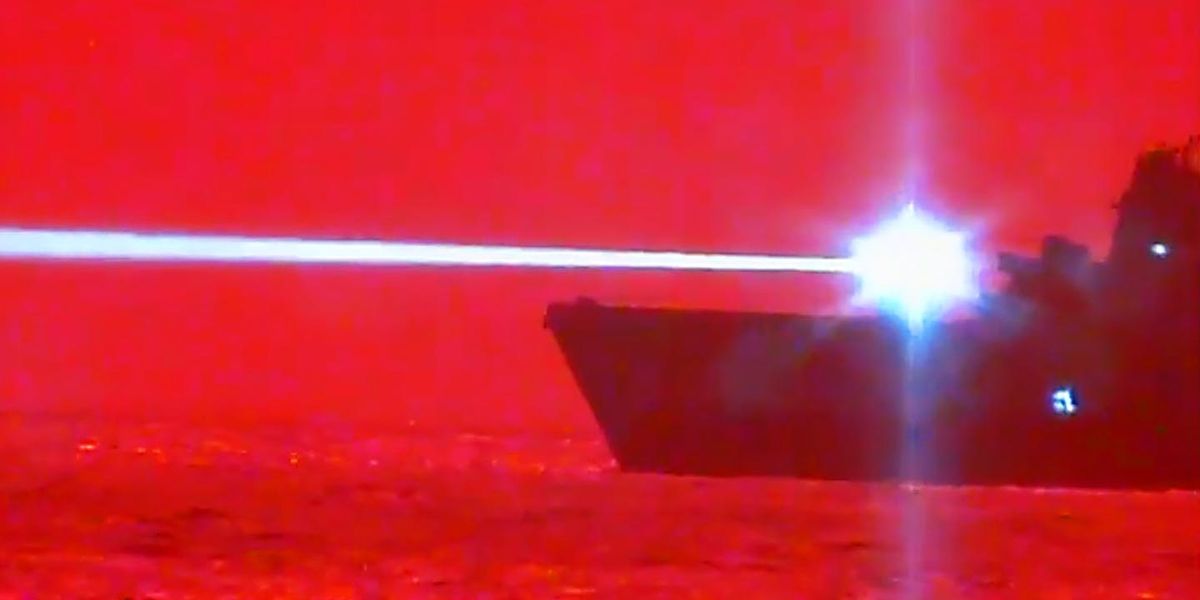 Video shows a U.S. Navy warship successfully shot down an aircraft out of the sky using a high-energy laser weapon. The USS Portland, a San Antonio-class amphibious transport dock ship of the United States Navy based out of San Diego, used a high-energy class solid-state laser to destroy a drone mid-flight.

The Navy said that the test was the “first system-level implementation of a high-energy class solid-state laser.” The 150-kilowatt weapon system has three lasers that were developed by Northrup Grumman.

“By conducting advanced at sea tests against UAVs and small crafts, we will gain valuable information on the capabilities of the Solid State Laser Weapons System Demonstrator against potential threats,” Capt. Karrey Sanders, commanding officer of Portland, said.

The Navy did not specify where the test took place. The U.S. Navy did release videos of the demonstration of the new laser weapon where you can see the drone burn up while flying.

The U.S. Navy has been developing directed-energy weapons since the 1960s. The U.S. military sees lasers as a more cost-effective alternative to missiles, while offering more precision, causing less collateral damage, and 50,000 times the speed of an intercontinental ballistic missile.

In 2017, the 30-kilowatt Laser Weapons System was equipped on the USS Ponce amphibious transport ship, making it the world’s first active laser weapon. The ship utilized the “Star Wars” tech to obliterate drones and boats.

“It operates in an invisible part of the electromagnetic spectrum so you don’t see the beam, it doesn’t make any sound, it’s completely silent and it’s incredibly effective at what it does,” Lt. Cale Hughes, laser weapons system officer, said.

While one Tomahawk cruise costs $1.4 million, the laser system has an initial cost of $40 million, and then only costs the energy to use it. “It’s about a dollar a shot,” Hughes said. This is a good start, but when do we get a Death Star?