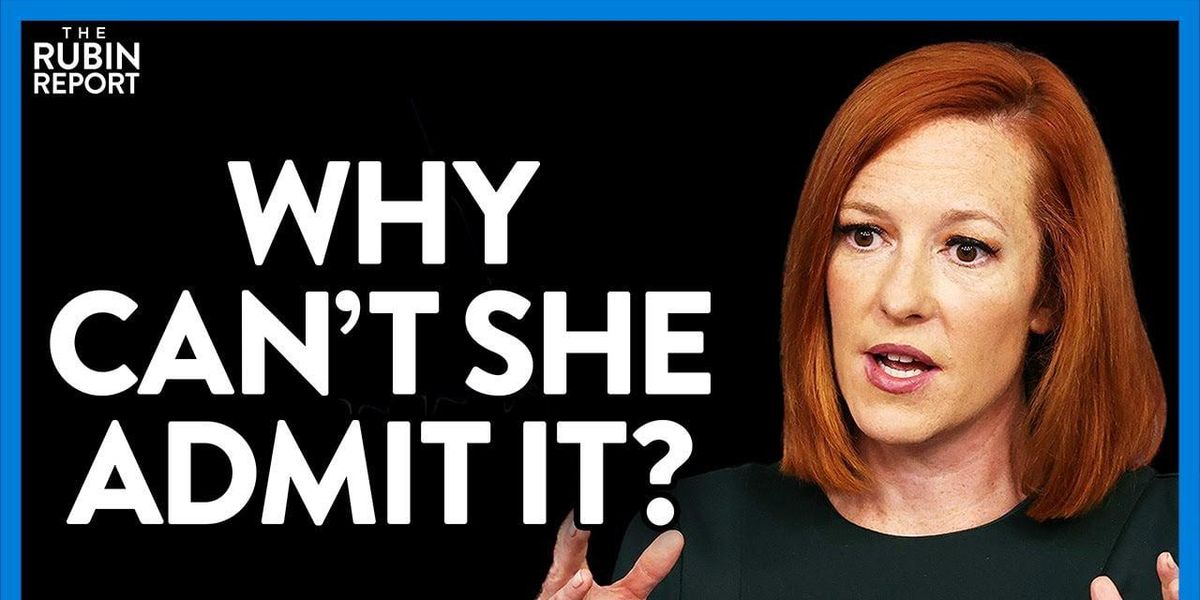 On the latest episode of “The Rubin Report,” BlazeTV host Dave Rubin shared a video clip of White House press secretary Jen Psaki refusing to be honest about the protests in Cuba.

In the video clip, Fox News’ White House correspondent Peter Doocy tried to get Psaki to admit that the real reason for the Cuban protests and Cuban refugees fleeing the nation is “because they don’t like communism.”

“I think we’ve been pretty clear that we think people are leaving Cuba, or not leaving Cuba, or protesting in the streets, all, as well, because they are opposed to the oppression, to the mismanagement of the government in the country,” came Psaki’s NOT-pretty-clear response.

“This is this is really disturbing, but it shouldn’t surprise us. Because, if you think that this is your parents’ Democratic Party, if you think there’s any moderate left in the party — there might be some who are privately moderate but unless they stand up against the radicals, they don’t really exist — so, show me, please. I mean, I would love to see it. Show me a Democrat, who is an elected official in the United States, who will forcefully come out against communism and for the people of Cuba.”

Watch the video clip below to hear more from Dave Rubin:

To enjoy more honest conversations, free speech, and big ideas with Dave Rubin, subscribe to BlazeTV — the largest multi-platform network of voices who love America, defend the Constitution, and live the American dream.