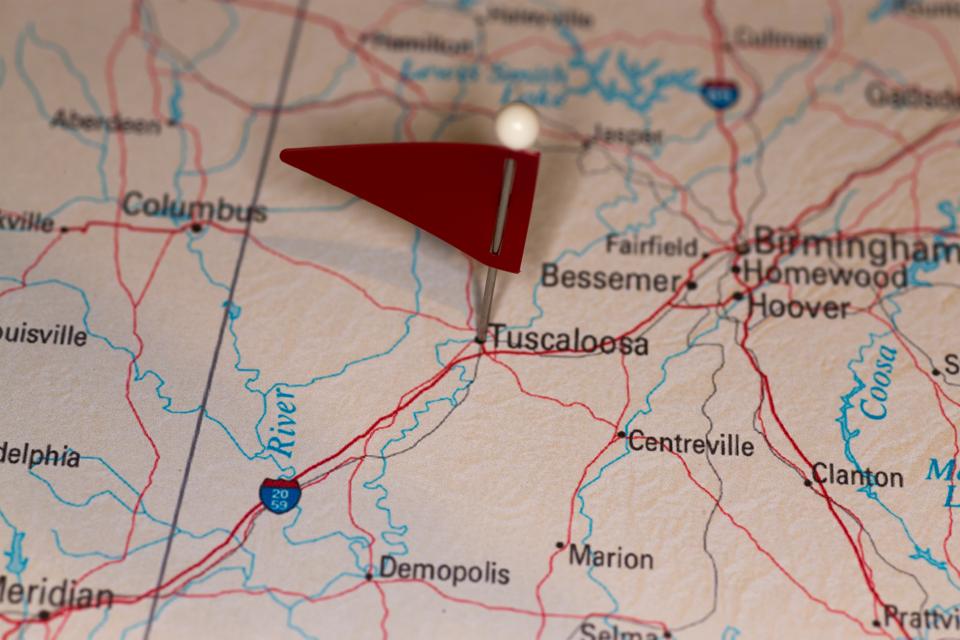 Three of the 20 universities with the most cases of Covid-19 are in Alabama, and the vast majority … [+] are in other southern states.

Public health concerns continue to grow about the spikes in the coronavirus now occurring at American colleges and universities. The New York Times is maintaining a database that tracks the number and rate of new Covid-19 cases at more than 1,500 American colleges and universities — including every four-year public institution, every private college competing in N.C.A.A. sports, plus many others that have reported cases. The Times tracker comes with a number of limitations and caveats, but it’s still the most comprehensive tabulation of campus cases currently available.

According to the Times, as of September 3, there have been at least 51,000 cases and 60 deaths reported at these institutions since the pandemic began, and more than 100 universities have reported at least 100 cases since the outset of the pandemic. In counties where college students constitute at least 10% of the population, rates of the virus are surging, compared to all other counties where the rates are declining on average.

In order to learn a little more about those campuses with the most severe severe Covid-19 spikes, consider the top 20 schools for total number of cases on the Times list as of September 3.

(* Includes cases from medical school, hospital, clinic, or other programs in health sciences)

What do these hot-spot institutions have in common?

Spikes in coronavirus cases carry health threats far beyond the campuses involved, and given the limited testing occurring at most institutions, these numbers are almost certainly underestimates of the problem within the communities where they’re located. As the fall unfolds, careful monitoring of campus epidemiology will reveal more about the factors – both at the policy and political levels – that are linked to increased risk of the virus.