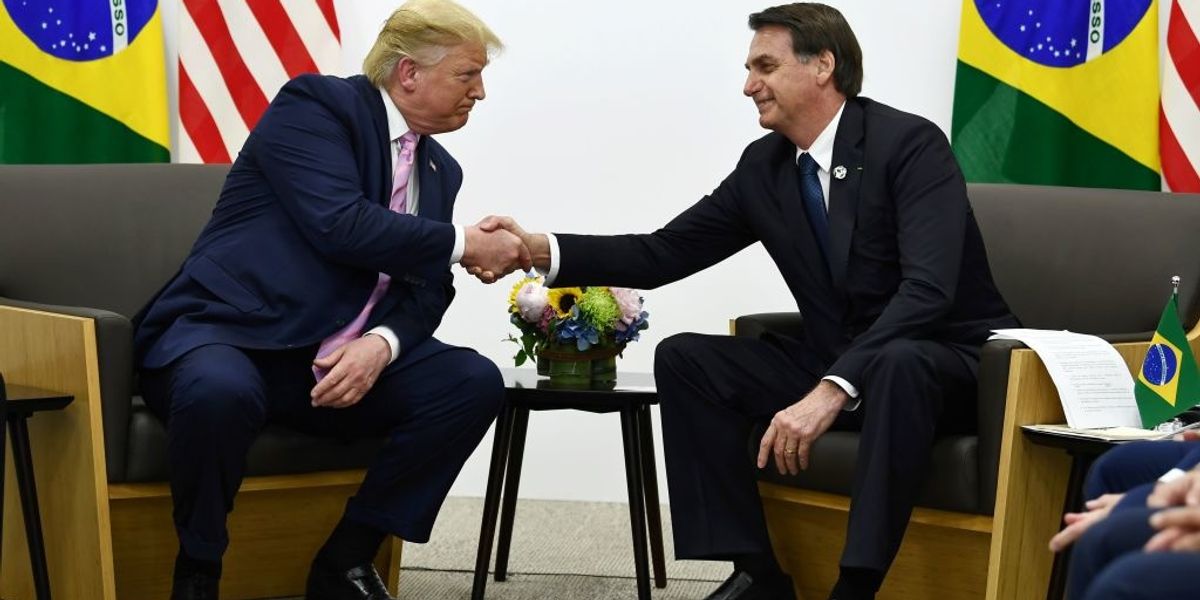 The White House announced a ban on travel to the U.S. from the coronavirus hotspot of Brazil. The Trump administration now bars entry of non-citizens traveling from Brazil. Press secretary Kayleigh McEnany said the decision was made “to protect our country.”

The ban applies to foreign nationals who have been in Brazil in the 14 days before they tried to travel to the United States. Officials said the move would not affect commerce between the two countries.

The U.S. Centers for Disease Control and Prevention determined that the Federative Republic of Brazil is “experiencing widespread, ongoing person-to-person transmission of SARS-CoV-2.”

Brazil is far and away Latin America’s hardest-hit country when it comes to coronavirus. Peru is the next closest in confirmed cases with over 119,000.

Brazil is far behind the U.S in coronavirus testing, administering over 735,000 compared to the U.S. with 14.6 million tests, so the numbers don’t reflect the people who are symptomatic and haven’t been tested. Brazil has recorded more than 22,000 deaths, the sixth-most in the world.

Trump had already banned travel from China in late January, and most of Europe in March.