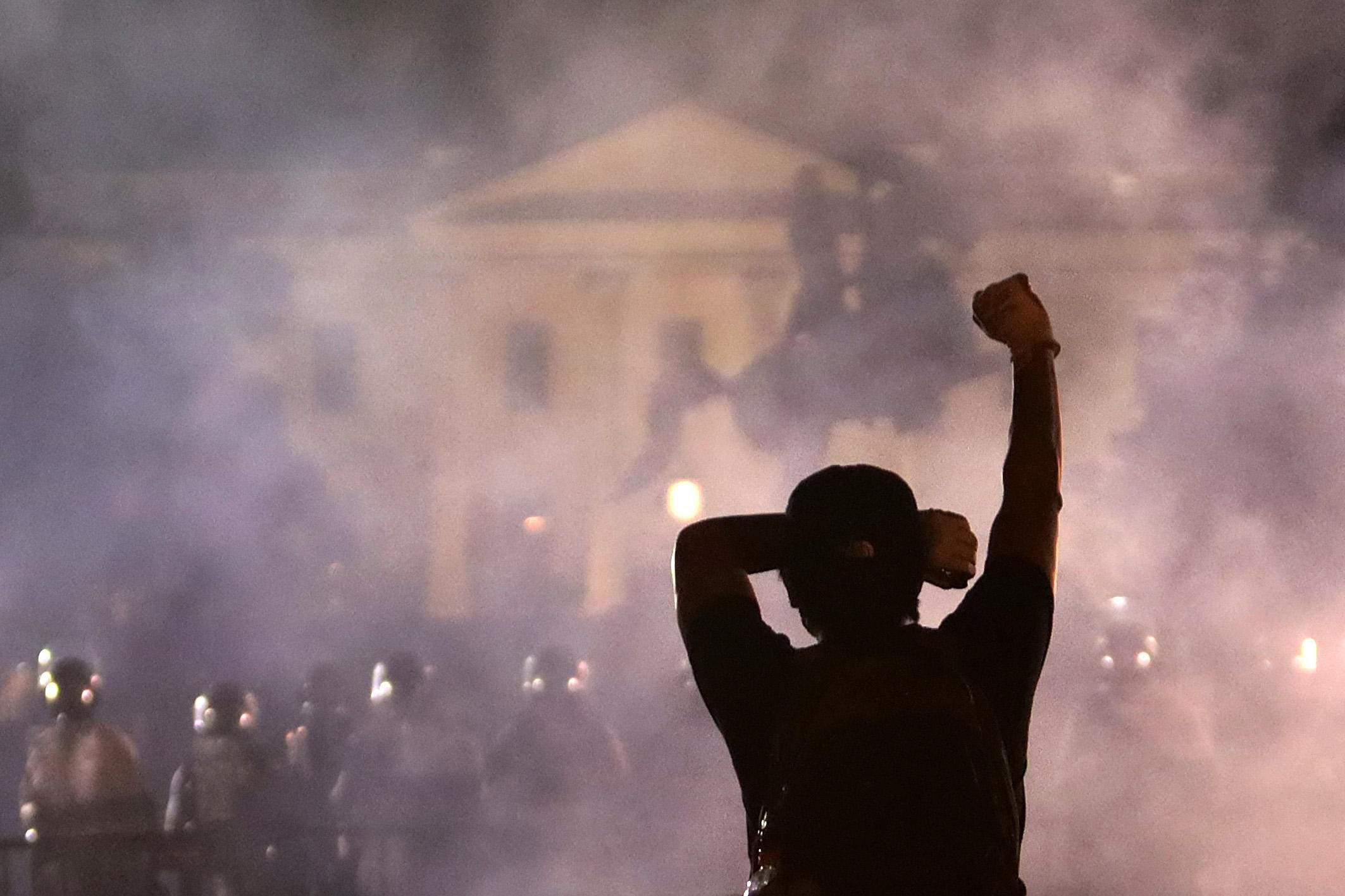 The sixth night of protests in Washington, D.C., sparked by the death of George Floyd, went from peaceful to turbulent as the lights illuminating the White House went dark while looters took goods from shops and protesters set fires across the capitol⁠ as President Trump remained out of public sight. 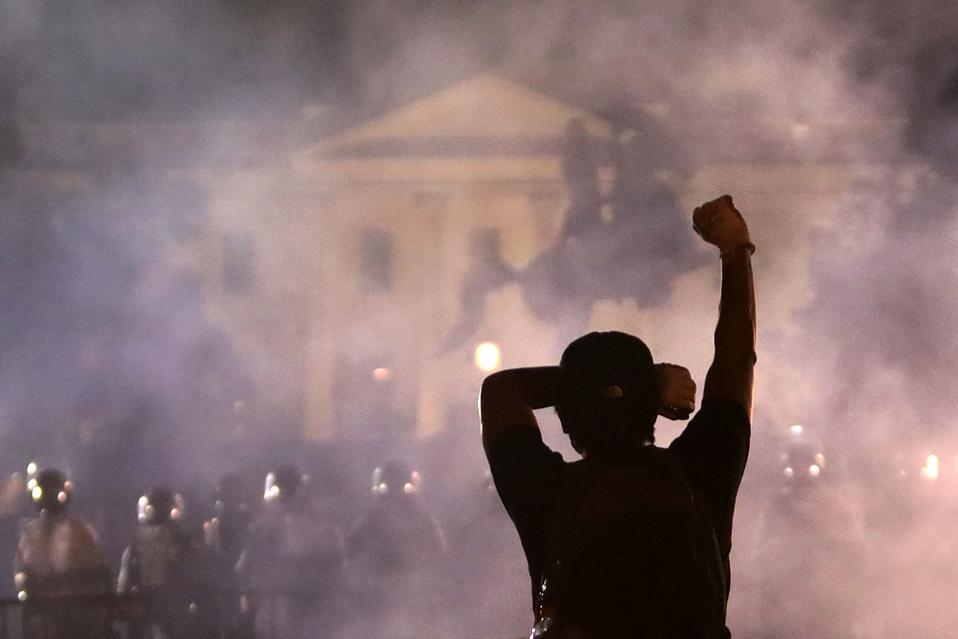 A man holds up his fist during a protest near the White House on Sunday in Washington, DC.

Washington, D.C. saw the lights illuminating the White House go out sometime around 11 p.m. EST, as protesters set off fireworks nearby, with police responding by firing tear gas.

Fires were set across the city, according to earlier reports, including in the basement of the historic St. John’s Church.

Grocery stores were looted around the capitol, along with a Sephora, a Nike store, a CVS drugstore, a Target and a local liquor store, with protesters using baseball bats to smash glass to gain access to goods.

Sites around the National Mall were marked with graffiti, including the Lincoln Memorial, following Saturday’s protests.

ABC News reported that the National Guard has been activated in 21 states plus Washington, D.C.

2,564. That’s how many people were arrested over the weekend in connection to protests around the country, according to the Washington Post.

President Trump addressed Floyd’s death during his address at Saturday’s SpaceX launch, but has largely remained out of the public eye since. Reports say Trump was taken to an underground White House bunker as a precaution during Friday night’s protests in the capitol. He has, however, tweeted about the protests, proclaiming “LAW AND ORDER!” around 7 p.m. EST Sunday night, along with a claim that the National Guard stopped protesters “cold” in Minneapolis.

The death of George Floyd sparked nationwide outrage, coming amid the coronavirus pandemic and mass unemployment. Frustrations with police brutality towards black people boiled over after a video of a white Minneapolis police officer kneeling on Floyd’s neck⁠—with three other officers standing by⁠—went viral. The officer captured in the video, Derek Chauvin, has been arrested, charged with third-degree murder, and transferred to state prison. (His wife has also filed for divorce). Floyd’s family have called for Chauvin’s charge to be upgraded to first-degree murder, while the Minneapolis police chief has said Chauvin, along with the three other officers seen in the video, bear responsibility.

Night of destruction across D.C. after protesters clash with police outside White House (Washington Post)