After the Office of the Director of National Intelligence issued a report Friday warning of ongoing interference activities by China, Russia and Iran to disrupt the 2020 election, White House National Security Adviser Robert O’Brien said Sunday that China “has been expanding its influence efforts,” while House Speaker Nancy Pelosi claimed that actions from China and Russia are “not equivalent.” 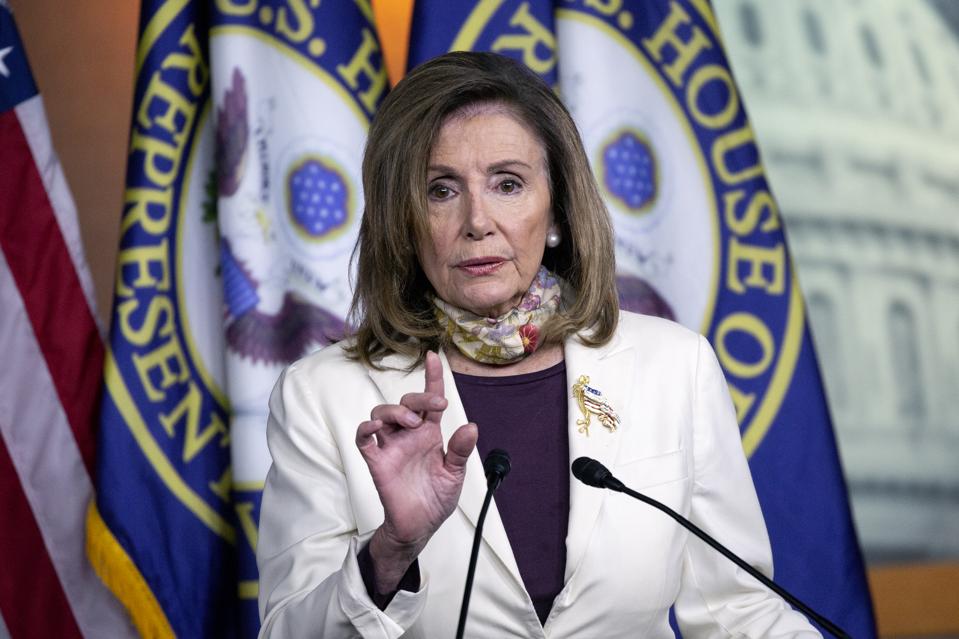 Speaker of the House Nancy Pelosi (D-CA) speaks during her weekly news conference at the U.S. … [+] Capitol on August 6, 2020 in Washington, DC. Negotiations between Pelosi, Senate Minority Leader Charles Schumer (D-NY), U.S. Treasury Secretary Steven Mnuchin, and White House Chief of Staff Mark Meadows are expected to continue today, as they look to find a compromise between McConnell’s $1 trillion stimulus package and the $3 trillion package passed by the House in May. (Photo by Stefani Reynolds/Getty Images)

The report from the Office of the Director of National Intelligence also stated that China “prefers that President Trump—whom Beijing sees as unpredictable—does not win reelection,” however U.S. intelligence officials believed that Russia was the greater threat, and that China had not yet decided to take direct action, according to the New York Times.

However, O’Brien told CBS “Face The Nation” on Sunday that Chinese meddling should not be minimized, stating, “China, like Russia and Iran, have engaged in cyberattacks and fishing and that sort of thing with respect to our election infrastructure and with respect to websites.”

Pelosi said Sunday morning that the threats posed by China and Russia to U.S. elections are not equal, emphasizing that to “give some equivalence” of China and Russia on measures to interfere with the election “doesn’t really tell the story.”

“The Chinese, they said, prefer Biden — we don’t know that, but that’s what they’re saying, but they’re not really getting involved in the presidential election,” Pelosi added.

“Russia is actively 24/7 interfering in our election. They did so in 2016, and they are doing so now,” said Pelosi. “The American people, I believe, they should decide who the president of the United States is. Not Vladimir Putin making that decision for us.”

On Friday, several top Democrats sent a letter to FBI Director Chris Wray voicing their increasing concern over foreign interference in the upcoming election. Some Democrats, according to Politico, suspect that material has been mailed to prominent allies of President Trump as part of a foreign disinformation plot to damage Biden. On Sunday. Pelosi reiterated her demands for the intelligence community to release additional information about Russia’s actions. Similarly, Sen. Richard Blumenthal (D- Conn.) called on the Trump administration to declassify intelligence related to Russian meddling in the 2020 elections. On MSNBC on Sunday, Blumenthal characterized a classified briefing lawmakers received about Russia’s activities last week as “absolutely chilling.” In an op-ed published in the Washington Post on Saturday, Blumenthal declared, “the warning lights are flashing red. America’s elections are under attack,” and suggested that Sen. Ron Johnson (R-Wisc.) might be “laundering” Russian disinformation related to Joe Biden and his son’s activities in Ukraine. Johnson has denied these allegations.

85: That’s the number of days until Election Day, November 3.