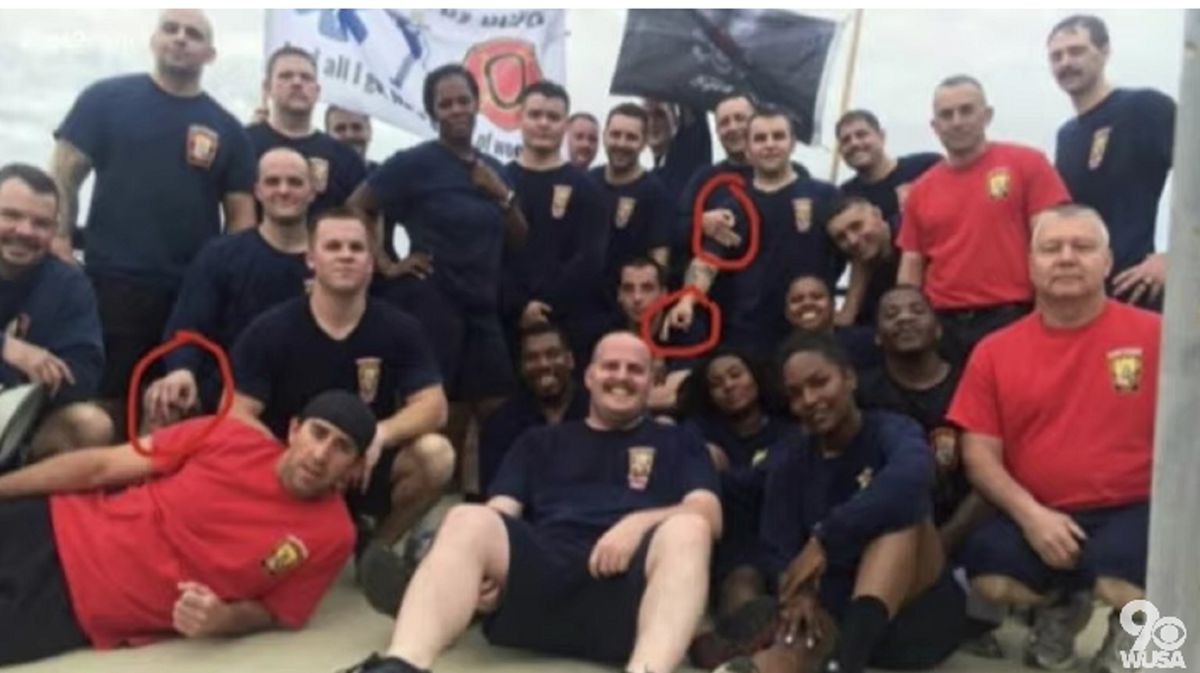 The District of Columbia Fire and Emergency Medical Services Department has launched an investigation after being made aware of a photograph circulating online showing recruits flashing the “OK” sign, which is often used as part of a harmless joke called the “circle game.”

In recent years, however, the OK sign has also been associated with white supremacy, hence the reason for the investigation.

WUSA-TV in Washington, D.C. reported Wednesday that the department was made aware of the photo that day, and officials said they believe the picture was taken in March of last year.

D.C. Fire and EMS chief communications officer Doug Buchanan told the outlet, “The department has immediately initiated an interview review of the photograph, which may include interviews with everyone pictured in the photograph.”

The station also shared a message from a viewer who said of the image, “As a district citizen, I don’t feel comfortable with DC fire recruits taking pictures while showing the white power symbol. They all just saw the fall back from the Navy midshipmen doing this online, yet they still decide to follow with the same racial antics. Whoever took this picture and posted in online, should be looked at as well.”

The viewer was referring to the cadets from West Point and midshipmen from the Naval Academy who were investigated for flashing the “OK” sign on national television during the Army-Navy game last month.

A dual investigation was launched into the incident after public outcry, and officials determined the students were playing the “circle game” — an innocent game that involves flashing the OK sign upside-down and punching anyone who is tricked into looking at it. There were no racist connotations behind the hand gestures, investigators discovered.