The market for the Internet of Things and connected devices is rapidly growing. From smart air conditioners used in households to large wind turbines installed in remote places, millions of devices are now connected to the cloud. 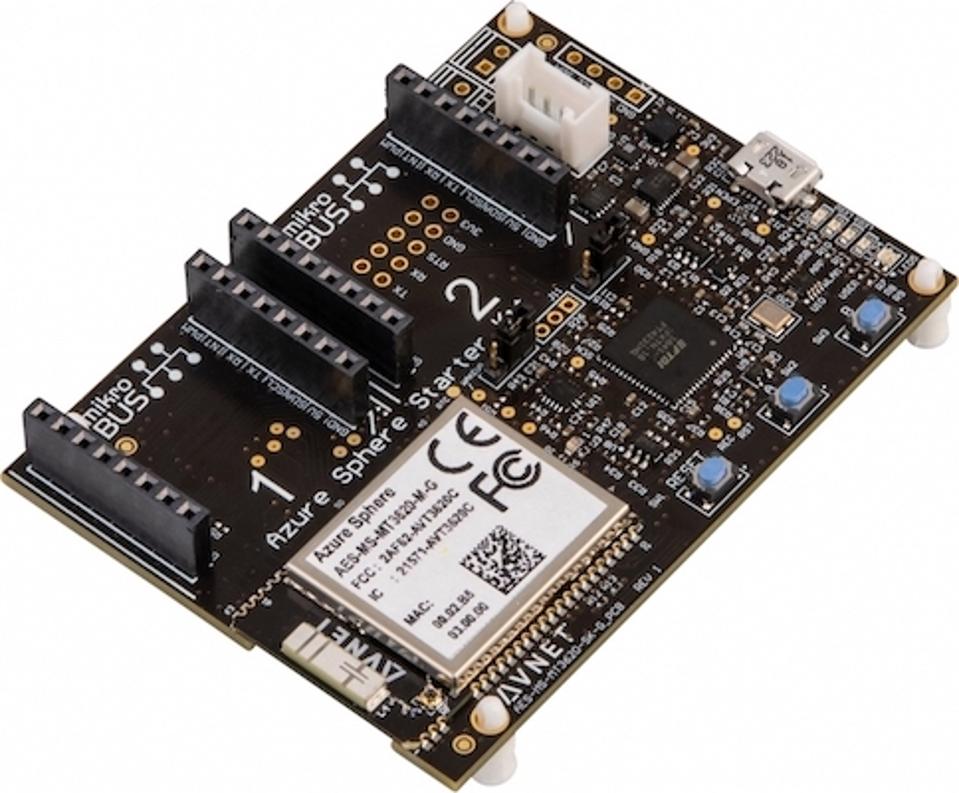 One of the concerns with connected devices is security. Who can forget the infamous Mirai botnet that disrupted the Internet in 2016? A year later, in 2017, an Internet-connected fish tank in a Las Vegas casino was used to steal sensitive data. Hackers and attackers are exploiting insecure devices that are connected to the public Internet.

Most of the businesses, system integrators and platform vendors are focused on connectivity, data ingestion, analytics, and predictive maintenance. While these are certainly the core pillars of an IoT platform, security tends to take a backseat. Security is mostly an afterthought in the scheme of the Internet of Things which leads to unforeseen situations.

Microsoft has been heavily investing in industrial IoT and edge computing. Azure has many services that help businesses and system integrators build end-to-end IoT solutions. But the weakest link in the IoT chain is the device security which is often left to the customer. Even if the cloud deployments are secured, an unassuming, compromised device like the temperature sensor in the casino fish tank can cause havoc.

To ensure that security is an integral part of the connected solution, Microsoft has taken the lead in building an end-to-end platform built from the ground up. Branded as Azure Sphere, the solution has three components – a secure system-on-chip (SoC) device, a secure operating system, and a secure cloud service.

On February 24th, Microsoft has announced the general availability of Azure Sphere which means that the platform is thoroughly tested to match the scale of production deployments.

Azure Sphere is designed to replace the general-purpose microcontroller (MCU) used in most of the connected devices. Since the current microcontrollers predate IoT, they cannot guarantee the security demanded by connected systems. At its core, Azure Sphere is a hardware device with an embedded crossover microcontroller unit. The hardware design ensures that each subsystem of the chip is securely isolated from each other. Microsoft Pluton security subsystem, the hardware-based (in silicon) secured root of trust for Azure Sphere, ensures that the device is secure and tamper-proof.

The Azure Sphere MCU integrates real-time processing capabilities with the ability to run a high-level operating system. It boots to a hardened, purpose-built Linux OS that’s highly secure. It also comes with an application runtime and libraries to develop applications that talk to the sensors and actuators connected to the MCU.

The third component of Azure Sphere platform is the cloud-based Azure Sphere Security Service that safely and securely connects the device to the cloud and web. The service ensures that the device boots only with an authorized version of genuine, approved software. In addition, it provides a secured channel through which Microsoft can automatically download and install OS updates to deployed devices in the field to mitigate security issues.

Connected systems built on Azure Sphere are always up to date and current. The cloud service ensures that all connected devices are running the latest version of the OS with required patches and hot fixes. Since this is managed by Microsoft, OEMs are assured of running the most secure version of firmware and OS.

Microsoft has built tools and SDK to enable developers to get started with Azure Sphere. Developers can use a Windows or a Linux machine to build secured IoT applications running on Azure Sphere.

With Azure Sphere, Microsoft has taken the lead in building an end-to-end connected platform spanning the MCU to the cloud. It’s the industry’s first IoT solution secured from the ground up. From chip manufacturers to OEMs to system integrators, Azure Sphere opens up new opportunities.