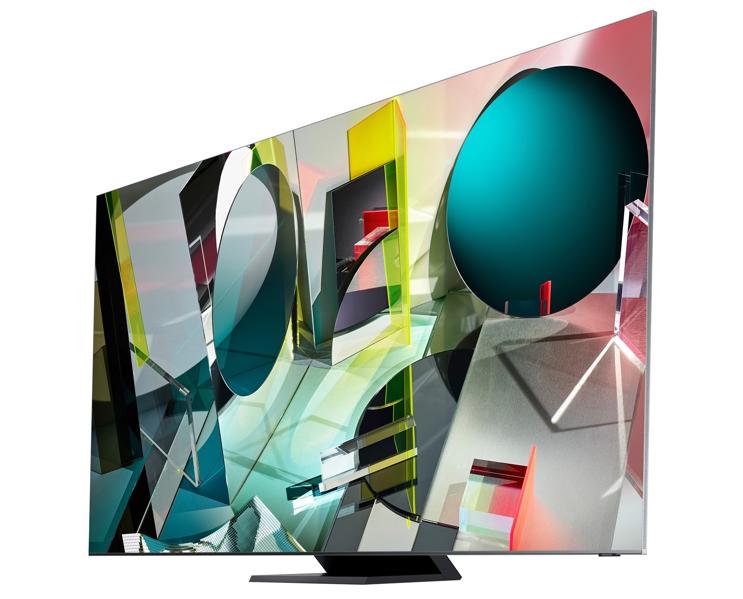 This year is set to be a genuine watershed for video game and AV fans alike. New consoles are incoming from PlayStation and Xbox, and unlike their original PS4 and Xbox One predecessors, the PS5 and Xbox Series X look set to push today’s TVs to their limits from day one. In fact, many TVs coming out this year will likely not be able to handle every graphics feature the latest generation of games may deliver.

According to an international (streamed, of course!) Samsung press event last week, though, it seems that most of the Korean brand’s 2020 TV range will be fully primed for whatever the new consoles – and the latest generation of PC graphics cards – might have to throw at them. In fact, Samsung has also included a few features that go above and beyond the call of duty (gaming pun definitely intended).

For starters, Samsung states that the HDMI 2.1 connections on its premium 2020 TVs – down to and including the Q70T range – have enough data bandwidth to support 4K gaming up to 120Hz and, on Samsung’s 8K TVs, 8K at 60Hz. Information released about the new consoles so far suggests that these resolutions and frame rates will all be possible with the next generation of games – yet the connections on many brands of 2020 TV won’t be able to handle the high data rates that come with such cutting edge graphics. 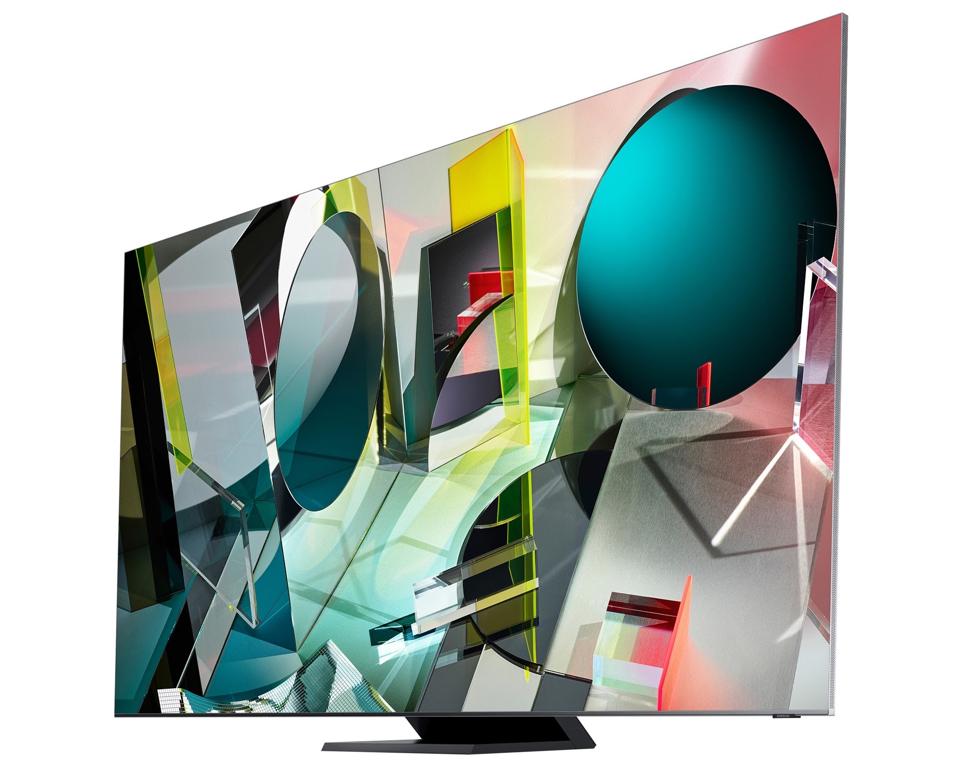 Premium Samsung TVs for 2020 are stacked with features it hopes will make them gamers’ best friends.

Samsung is also leveraging the features you get with HDMI 2.1 connections to unlock variable refresh rate support, and automatic low latency mode. The former works with the Freesync system to make sure the TVs’ refresh rate always adjusts to match variations in the frame rate of the game you’re playing, thus avoiding the ‘screen tearing’ effect you can get when playing variable refresh rate games on screens with locked refresh rates.

Auto Low Latency Mode can recognize when you’re playing a game source, and automatically switch the TV into its Game picture mode to deliver the best gaming performance; you don’t have to remember to activate the Game mode manually yourself. The ALLM system is clever enough, too, to be able to distinguish between video apps and games on your console, so that you don’t end up watching films and TV shows with the TV’s Game mode still active.

For many gamers, though, the single most exciting gaming attraction of Samsung’s new premium 4K and 8K TVs will be their incredibly low levels of input lag. Input lag refers to the time it takes a screen to render image data received at its inputs, and Samsung is hitting just 10ms of lag this year. That’s one of the lowest figures ever seen on a TV, and certainly the lowest such figure seen on a TV as rich in picture quality features and processing as Samsung’s latest premium models.

Samsung hasn’t just targeted ultra-low input lag and left it at that, though. In recognition of the fact that minimizing nput lag means sacrificing some picture quality features, Samsung also provides its premium 2020 TVs with a new Game Motion Plus mode that lets you retain a little motion smoothing processing in return for the input lag increasing to a still extremely usable 27ms. This can be helpful for RPG/adventure/exploration games such as Skyrim or the Uncharted series, where avoiding judder and stutter as you explore the rich gaming worlds is more important to your sense of immersion than a few extra milliseconds of response time. 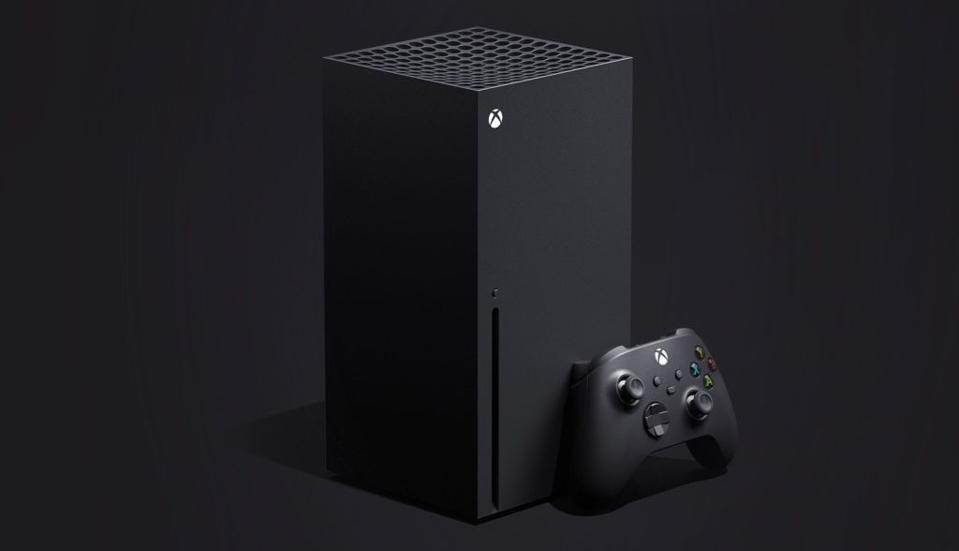 The Xbox Series X and PS5 are going to push TVs to their limits with the cutting-edge graphics.

You can even adjust manually the level of blur and judder reduction Samsung 2020 TVs apply to your gaming picture, allowing you to pick your preferred balanced between smoothness/clarity and potential unwanted processing artefacts.

An LED Clear Motion option for the Game preset can give games a cinematic, 24 frames a second feel by inserting rapid-cycling black frames into the video feed. Though personally I find this option causes a bit too much flicker for comfort.

Another feature of Samsung’s premium 2020 TVs the brand claims can give gamers an edge is the unique Dynamic Black Equalizer. This can help you spot enemies hiding in the dark more easily by lifting the brightness level of the dark parts of a game’s graphics without also brightening light areas. You can even adjust how aggressively the Dynamic Black Equalizer works, to suit your tastes.

Samsung pointed out at is press event, too, that the so-called QLED technology found in its premium 2020 TVs also plays its part in boosting their gaming credentials. The argument goes that QLED TVs have their color created by metal-clad Quantum Dots rather than the usual LCD filters, enabling them to achieve higher brightness and wider color saturations well suited to the increasingly aggressive use of high dynamic range graphics in the gaming world’s biggest titles.

At the same time, though, as I discovered when I reviewed Samsung’s new QN75Q950TS/QN75Q900T recently, the brand’s latest backlight technologies are managing to partner QLED’s brightness and color range with the best black levels we’ve seen from LED TVs, achieving the extreme range of contrast many of the latest games deliver.

Samsung was keen to stress, too, that since QLED TVs use LED rather than OLED screens, you can run them as brightly as you like for as long as you like without having to worry about the screen falling prey to permanent image retention if your game happens to have a few fixed HUD image elements.

One final feature Samsung discussed during its press event shows that the gaming innovations of its 2020 QLED TVs don’t stop with its picture options; there’s also a new dedicated Game Surround Sound feature. This analyses a game’s soundtrack so that it can present it with a more pronounced virtual surround sound effect, with specific placement and ambient effects in the mix given more ‘directionality’, as Samsung puts it. The idea being, of course, that creating a more pronounced surround sound sensation with more specific detailing places you more effectively at the heart of the gaming world you’re immersed in.

This feature has the potential to be especially effective with the new Object Tracking Sound technology found in varying configurations on models down to and including the Q80T range.  With OTS, speakers ranged around the TVs’ edges are combined with object-based audio processing to place sound effects in exactly the right place on the screen.

Naturally I’ll be putting all these Gaming features – and anything other TV brands will introduce, too – through their paces when the new consoles finally arrive (Coronavirus permitting) in the latter stages of the year. For now, though, given how keen the PS5 and Xbox Series X are to push gaming visuals forward, it’s reassuring to find that there will be at least some TVs out there that are going to treat the next generation of gaming with the respect it deserves.

If you found this article interesting, look out for similar articles coming soon on my Forbes channel. Plus you might also like these:

Samsung Q900TS/Q950TS QLED TV Review: To Infinity And Beyond