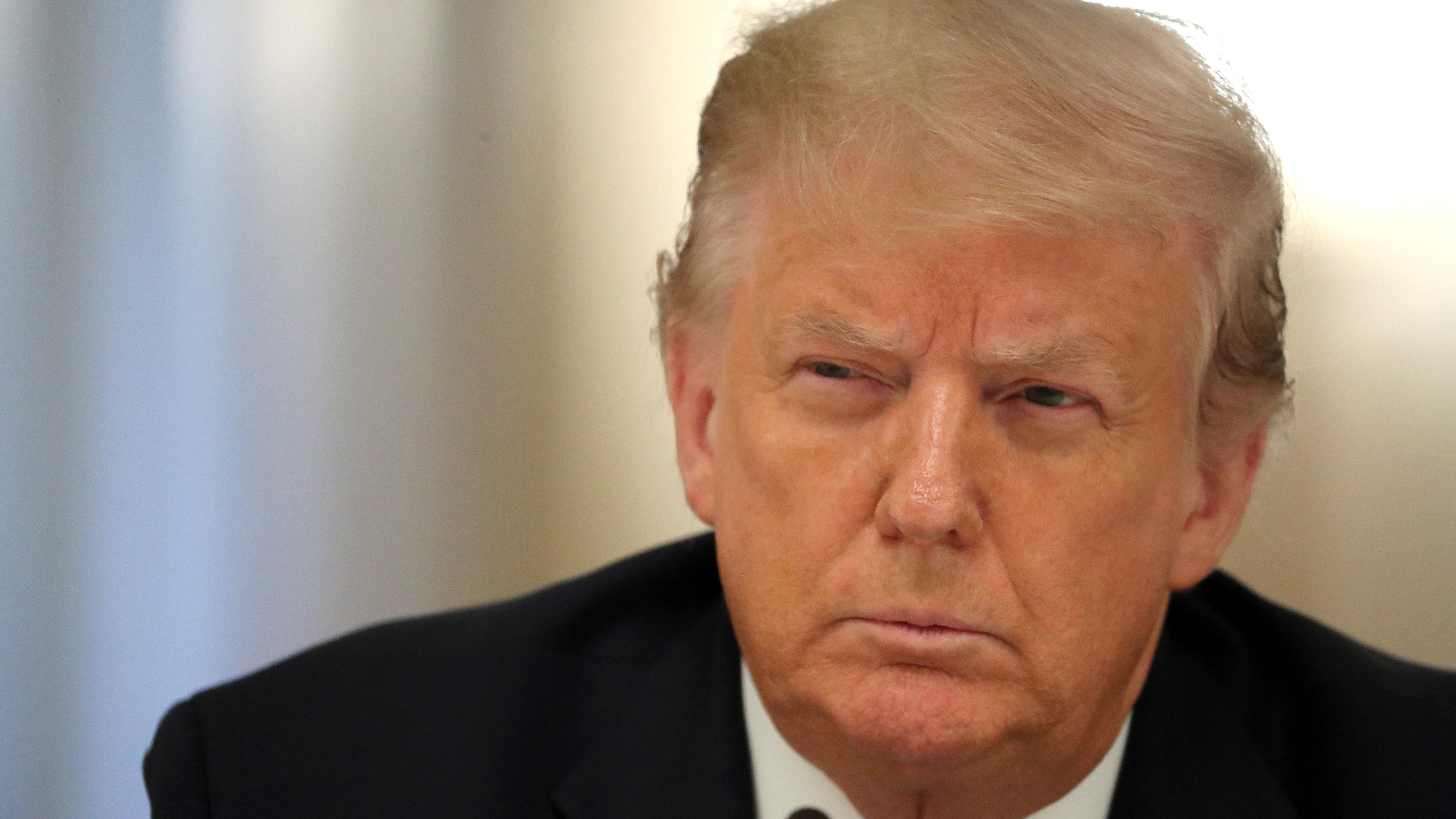 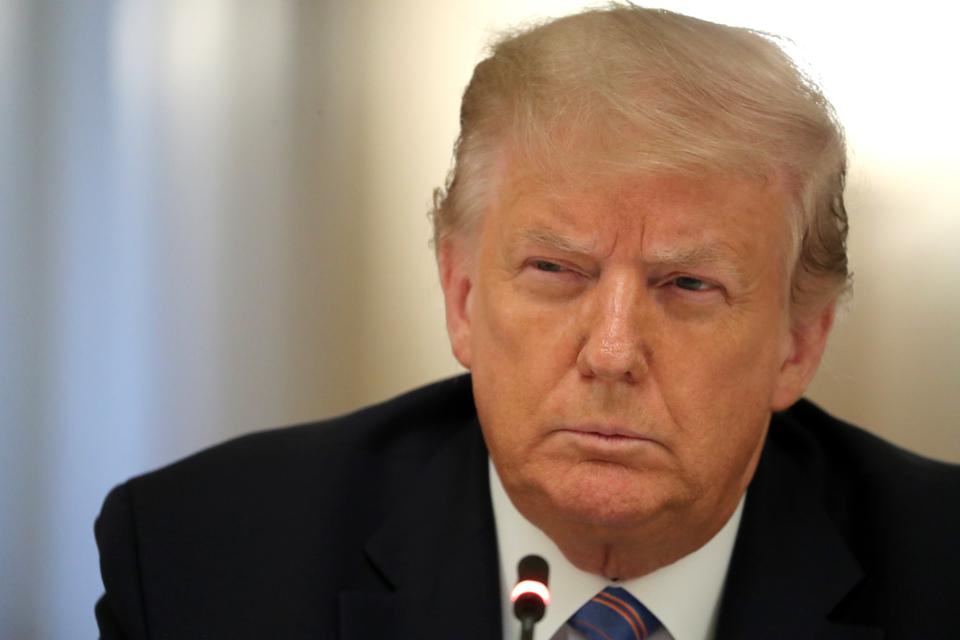 President Donald Trump’s executive order providing a $400 extension of unemployment insurance … [+] benefits may not reach many Americans at all or will only do so for a short amount of time. True relief will only come from Congress passing the next coronavirus stimulus relief package.

On Saturday, President Trump signed an executive order aimed at partially extending the $600 per week federal unemployment benefits that expired in July as part of the CARES Act. Trump’s order proffers $400 a week in extra unemployment aid, a 33 percent reduction from previous benefits, but comes with a whole host of caveats. When you add up those restrictions, many Americans shouldn’t count on seeing any of the $400 a week in benefits for more than a few weeks, if at all.

Under Trump’s executive order, the federal government would only cover 75 percent of the unemployment benefit, or $300 per week. States would be required to cover 25 percent of the cost from their allocation of the Coronavirus Relief Fund (CRF), money that was distributed to states to cover necessary expenditures incurred due to Covid-10 that was not previously account for in state budgets.

Money to cover the $300 per week federal contribution will come from the Department of Homeland Security’s Disaster Relief Fund (DRF). Trump’s executive action extends benefits until the DRF is drawn down to $25 billion or until December 6, 2020, whichever comes first.

The executive order requires states to pitch in $100 per person per week for the lost wages program; however, there is uncertainty if governors will sign onto the program. Many are facing tremendous budget pressures due to the expenses associated with containing coronavirus coupled with a reduction in tax revenues. On CNN, Governor Mike DeWine (R-Ohio) was asked if his state could afford the new unemployment benefit. “The answer is, I don’t know yet,” he replied. Governor Andrew Cuomo (D-New York), tweeted, “executive Orders can’t replace legislative actions. States can’t pay 25% of unemployment costs. It’s simply impossible.”

It is bitterly ironic that the executive order asks states to contribute funds when one of the main holdups to a Congressional deal was a request by states for up to $1 trillion in new aid to help cover budget gaps. The Center on Budget and Policy Priorities (CBPP) estimates that states budget shortfalls will reach over 20 percent in the 2021 fiscal year. For example, Kansas forecast a revenue drop of over $810 million while Arizona estimated revenues to drop by by over $860 million. California expects revenues to decline by over $30 billion 2021, while New York’s tax revenue are estimated to fall by $13-$16 billion in the next two years.

The money to fund the $100 state payment is supposed to come from a $150 billion Coronavirus Relief Fund (CRF) created by the CARES Act, which states are required to spend by the end of the year. Treasury Secretary Steve Mnuchin claimed that more than $80 billion remain available, leaving plenty of money to allocate for unemployment assistance. This is accurate, but misleading. According to the National Association of State Budget Officers (NASBO), while states have only “incurred or expended approximately 25% of the funds received. . . states and territories have allocated nearly 75% of funds.

Given the unpredictably course of coronavirus, many states were careful not to deplete their CRF funds too quickly. “It would be irresponsible for states to spend all or most of it in the first four months and then have none left to contain and respond to the virus and recession for the rest of the year,” noted Michael Leachman of the CBPP. Moreover, some states are only distributing aid through reimbursements, meaning that localities must first incur expenses. This leads to a delay in states making payments and makes it appear as if there is more money in the CRF fund than there actually is.

With much of the CRF dollars already allocated, Trump’s executive order will force states to make difficult decisions about whether to reallocate funds for the unemployment program or use them to fight Covid-19. On Sunday, Mnuchin hinted that the White House could be flexible on state’s contributions, but nothing has appeared in writing. “The 25 percent from the states — they can either take that out of the money we’ve already given them or the president can waive that,” he noted on Fox. Unless Trump actually waives the 25 percent, some states may make a tough choice not to participate.

Assuming state government opt-in to the new unemployment program, Trump’s executive order presents other challenges. For example, only “out-of-work Americans receiving more than $100 a week in state unemployment insurance are eligible for the federal aid,” noted The Washington Post.

According to The Post’s Jeff Stein, this may block payments from going to lowest 10 percent to 15 percent of unemployment insurance earners. Unfortunately, this means that many workers, specifically self-employed individuals and service workers who rely on tips, may find themselves excluded from the new program.

Unemployment Benefits Will Run Out Quickly

Trump’s order looks to leverage money in Homeland Security’s Disaster Relief Fund, which currently has $70 billion available. His action states that the increased benefits will be available “for eligible claimants until the balance of the DRF reaches $25 billion or for weeks of unemployment ending not later than December 6, 2020, whichever occurs first, at which time the lost wages assistance program shall terminate.”

According to expert estimates, the money in the DRF may only last four to five weeks before expiring, a far cry from the December 6, 2020 date in Trump’s executive order. At that time, the White House would probably need to look to Congress and legislative action to continue benefits.

In other words, at best, Trump’s order is simply kicking the can a few weeks down the road.

Is Trump Using Next Stimulus Package To Undermine Funding Of Social Security And Medicare?