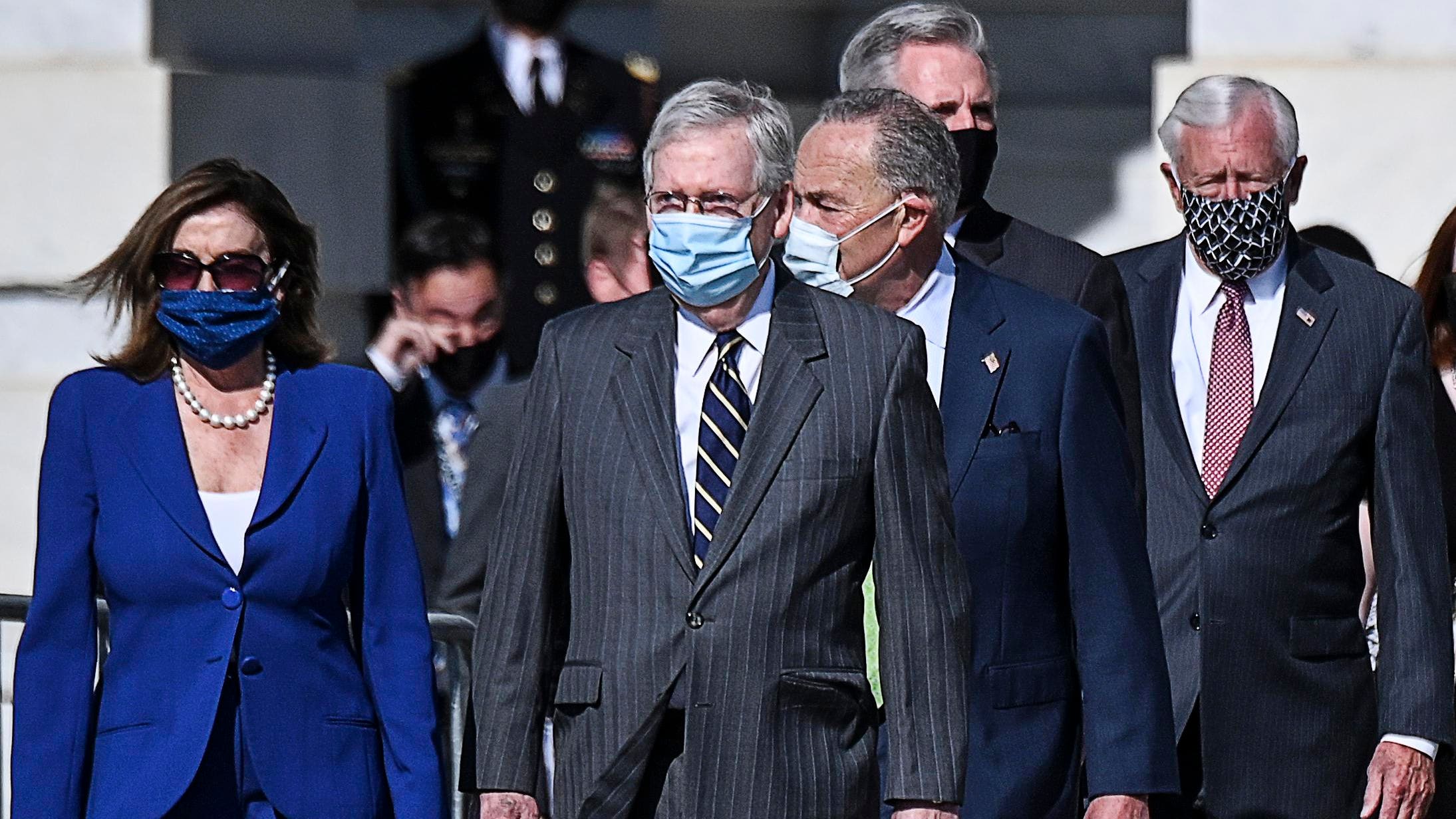 More than 30 million out-of-work Americans will be seeing a significant drop in their unemployment benefits. That’s because the $600 weekly supplemental federal unemployment benefit passed by Congress in March as part of the CARES Act to address the spike in job losses caused by the pandemic expired on July 31. And Congressional lawmakers were unable to come to an agreement in time to extend those benefits.

Why were lawmakers unable to agree on an extension of the $600 unemployment benefit? And what kind of supplemental unemployment aid may be coming next? Here’s what to expect in the weeks ahead. 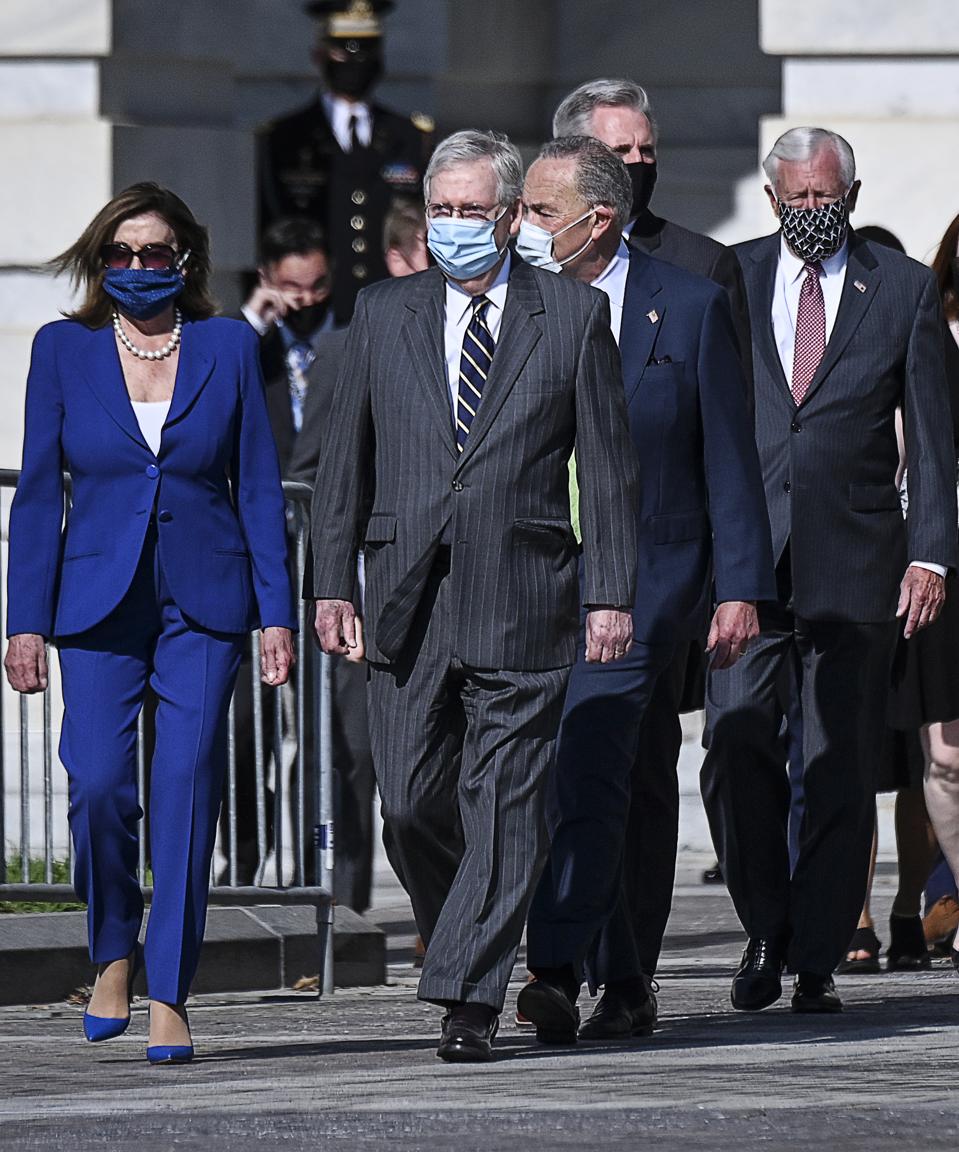 House speaker Nancy Pelosi and Senate majority leader Mitch McConnell continue to negotiate over how … [+] much additional unemployment benefits should be.

Why didn’t lawmakers approve an extension?

The Democratic led House of Representatives actually did approve an extension of the $600 federal unemployment benefits through the end of 2020 as part of the roughly $3-trillion HEROES Act, which it passed in May.

But GOP senators made clear that bill would not pass in the Republican-led Senate. And Senate majority leader Mitch McConnell added that he did not support an extension of the $600 unemployment benefit, characterizing it as “paying people a bonus not to go back to work” and calling it “a mistake.”

The concerns expressed by Sen. McConnell and other GOP lawmakers and the White House likely stem in part from a frequently-cited analysis by economists at the University of Chicago. It estimated that, with the $600 bonus, as many as 68 percent of unemployed workers eligible for benefits could end up getting payments greater than their lost earnings.

It’s not clear, though, that the $600 weekly supplement has disincentivized people from going back to work. A new study by three Yale economists found that Americans getting larger increases in unemployment benefits returned to work at a similar—or even slightly faster rate—than those with less-generous benefit increases. “The expanded benefits neither encouraged layoffs during the pandemic’s onset nor deterred people from returning to work once businesses began reopening,” the economists concluded.

And last week, a former U.S. Treasury economist estimated that of the 7.5 million people who went back to work in May and June, about 70 percent had been making more through unemployment benefits than their previous wages.

Heidi Shierholz, a senior economist at the Economic Policy Institute has noted that there are still 14 million more unemployed workers than there are job openings. “Cutting off the $600 cannot incentivize people to get jobs that aren’t there,” she wrote in a post last month. “It will just cause pain.”

What unemployment aid have Republican senators proposed instead?

Last week, just before the additional unemployment benefits were set to expire, GOP senators and the White House put forward a competing proposal. Rather than extending the $600 supplement, their $1-trillion proposed HEALS Act would lower the federal unemployment payments by two-thirds to $200 per week through September.

Then, starting in October, the set amount would be replaced with a payment (of up to $500) that, when combined with the state unemployment payment, would be intended to replace about 70 percent of the recipient’s estimated lost wages.

Other lawmakers have argued, though, that basing the supplemental payments on a percentage of a recipient’s previous income would be too complicated a formula for states to implement quickly and effectively. Instead, they have pushed for a flat weekly payment.

Will another supplemental unemployment benefit be approved?

It is almost certain that additional unemployment relief will be approved.

Last week, Speaker of the House Rep. Nancy Pelosi said she is anxious to come to an agreement on providing supplement unemployment benefits, noting that “tens of millions of Americans have applied for unemployment insurance, with more than one million people applying each week for 19 weeks straight.”

And Sen. McConnell says Republicans support additional aid as well, saying last week, “Both Republicans and Democrats agree that in these extraordinary times, it makes sense for the federal government to provide historic additional help, on top of normal unemployment.”

But the two parties have yet to agree on how much that additional benefit should be.

Given the concerns over the complexities in asking states to help formulate additional aid based on a percentage of a recipient’s former income, it’s likely that the two parties will move to a flat benefit instead—at least in the short term.

Democratic leaders have continued to push for a renewal of the $600-a-week unemployment benefit, while Republican leaders want to cut that weekly benefit down. It’s likely they will end up compromising on an amount between $200 and $600 a week, or a declining weekly amount.

And Sen. Pelosi said Sunday that she and other Democrats are open to lowering the $600-a-week supplemental benefit as the unemployment rate decreases over time. “The amount of money that’s given as an enhancement for unemployment insurance should relate to the rate of unemployment,” she said on ABC Sunday. “So, as that goes down then you can consider something less than the $600.”

When could additional unemployment aid be approved?

There remains a lot of pressure on lawmakers to pass some form of relief for unemployed Americans soon as record-high coronavirus cases have postponed and rolled back business re-openings across the country.

Unemployment had been dropping as businesses reopened, but that trend reversed in July with a resurgence of coronavirus cases. The Labor Department reported last Thursday that 1.4 million Americans filed new jobless claims in the week ending July 25, the first increase in three months. And a separate Census Bureau survey found that nearly four million fewer people were employed the week ending July 14 compared to the previous week.

The Commerce Department also reported Thursday that the U.S. economy shrank at a record annual rate of 32.9 percent in the second quarter in the wake of the coronavirus pandemic closings.

Both Sen. McConnell and House Speaker Pelosi have indicated a desire to pass additional pandemic stimulus relief soon to address the economic damage from the pandemic.

The House of Representatives was set to go out on recess on July 31, but Rep. Pelosi and House Majority Leader Steny Hoyer have said that the House would be willing to continue working with senators to pass coronavirus stimulus relief legislation, including additional unemployment benefits. Sen. Pelosi indicated that she plans to continue meeting with Treasury Secretary Steven Mnuchin and White House chief of staff Mark Meadows this week to seek agreement.

Senators are slated to go on recess from August 10 to September 7. So another stimulus bill would need to be voted on by Friday, August 7, in order to pass before that scheduled recess.

If lawmakers don’t pass legislation before the August break, and the recess is not postponed, it could be mid- to late September before a stimulus package is passed.

Slashing $600 Unemployment Benefits Would Be ‘Absolutely Devastating’ for U.S. Economy